Tonight’s NYT online includes a home-page positive review of “The Fighter”  by A. O. Scott in which the commentary goes on at length and includes observations about the portrayal of Lowell and the city’s place in American culture. Read the review here, and get the NYT if you want more.

It’s unfortunate that many people in the media are writing about the setting of this story as if one slice of the city’s society represented the urban experience here as a whole during the 1990s, when Lowell was already 15 years into its renaissance. That was the source of the controversy over the notorious HBO documentary back then, and the film would appear to rewind the tape. I will see it soon. Richard Howe, Sr., was Mayor then, I believe, and was strong in speaking out for a more balanced image of the city at the time of the HBO production. There’s no denying the problems in those years, or now, but more was and is going on. 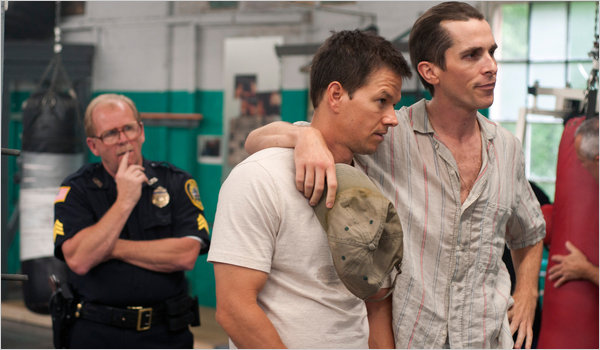 Sticking fairly closely to the facts of Mr. Ward’s story, “The Fighter” also plants itself firmly in his native terrain of Lowell, Mass., immersing the viewer, especially in early scenes, in the sensorium of a hard-luck industrial town left to languish in the backwash of globalization. The voices of the citizens are angry, irreverent and profane. The light is flat and unlovely. You can almost smell the weariness and desperation rising off of the tar that Micky, in his day job as a road paver, spreads on streets lined with sagging three-decker houses and faded storefronts. A city with a distinguished place in American labor and literary history — it was the birthplace of Jack Kerouac — Lowell in the early 1990s, when “The Fighter” unfolds, is blighted by poverty, unemployment and the crack epidemic, which has claimed Micky’s half brother, Dicky Eklund, as a casualty.

4 Responses to NYTimes Reviews ‘The Fighter’