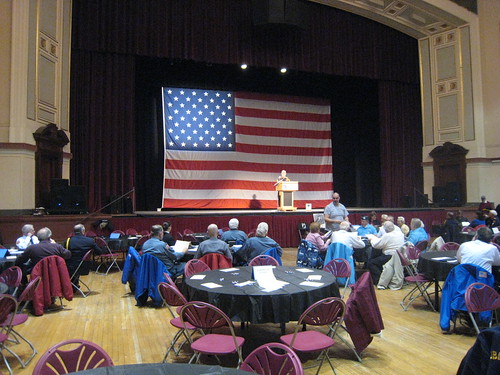 More than one hundred Greater Lowell veterans, their families, elected officials and others from the community gathered at the Lowell Memorial Auditorium this morning for a Veterans Day ceremony. Greater Lowell Veterans Council Commander Bob Cronin, shown above on the stage of the Auditorium, served as Master of Ceremonies. State Senator Steve Panagiotakos, in what he poignantly identified as his final address to the group as our state senator, told those in attendance that honoring veterans “was the right and honorable thing to do” but it was also in society’s best interest to recognize the contributions of veterans. Steve quoted George Washington as saying that the willingness of future generations to serve in the military was directly proportional to how well the country treated those who had served in the past.”

After the brief speaking program and an excellent buffet breakfast, the group adjourned to the Hall of Flags where a wreath was placed in front of the plaque honoring those who died in World War One (shown below). 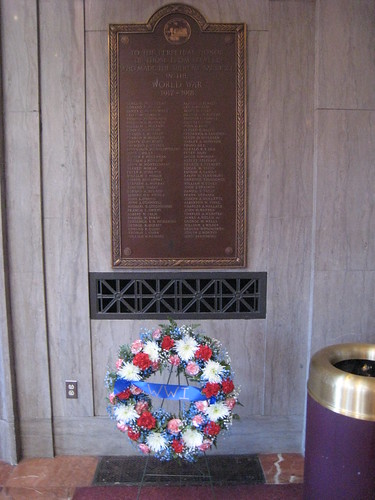