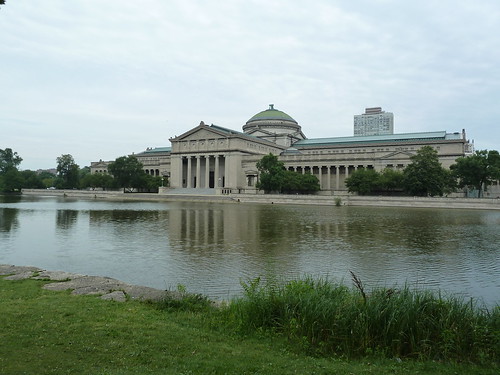 This past summer during a vacation in Chicago I visited the Museum of Science of Industry which was fascinating in its own right but it was also on my things-to-see list because it is the one surviving building from the 1893 World Columbian Exposition (shown above). That world’s fair brought together the greatest architects in America who constructed an amazing series of structures in a former marsh to the south of downtown Chicago. The classically designed buildings were all painted white, hence the name “The White City.” Earlier today someone sent a link to a video created by the Urban Simulation Team at UCLA that seeks to recreate the White City as it appeared at the opening of the Exposition in 1893.