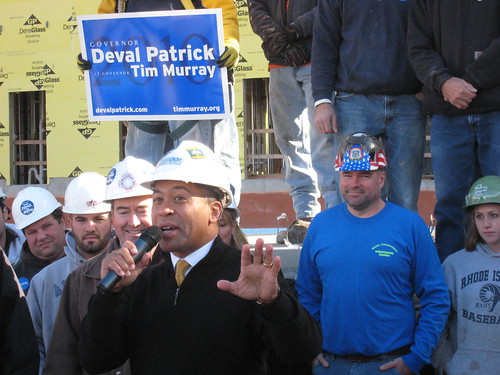 Governor Deval Patrick made a quick stop in Lowell today, stopping at the Appleton Mills project to shake hands with the many members of the building trades who are working there. Surrounded by hardhats in the midst of the construction site, the Governor pointed to a story in today’s Globe in which the gubernatorial candidates were asked “If elected governor, what are your top five priorities for 2011? In the article and in person, the Governor said his number one priority to to “grow jobs” and also pointed out that his main opponent, Republican Charlie Baker, did not place “creating jobs” anywhere in his top priorities. The governor then said that while he wishes there had been greater growth in jobs, projects around the state like this one here in Lowell were proof that the policies of his administration have aided employment in Massachusetts. 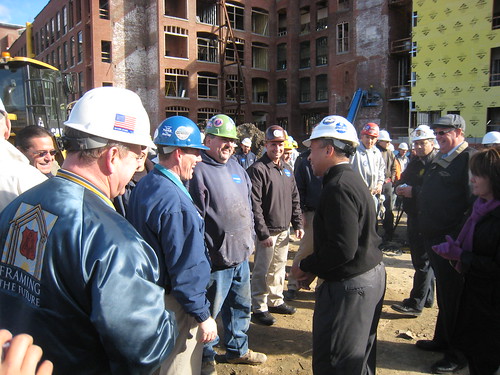 One Response to Governor Patrick in Lowell today