I like baseball. I really like baseball and have liked it as far back as I can recall. One of my great memories is of my father taking me to a Red Sox-Minnesota Twins afternoon doubleheader at Fenway when I was 11 years old. It was the mid-60s, and the Twins were a hot team with players like Harmon Killebrew, Tony Oliva, Camilo Pascual, Bobby Allison, Jim Kaat, Earl Battey, and Zoilo Versalles. The Red Sox had Tony Conigliaro, Yaz, Jim Lonborg, and others of that era. The game was sold out when we got to the park, so my dad bought standing-room tickets and we stood in the back of the grandstand behind home plate for 18 innings. At one point we got a couple of seats when two people left, but mostly my dad stood with me the whole time. I inherited the baseball gene from him. 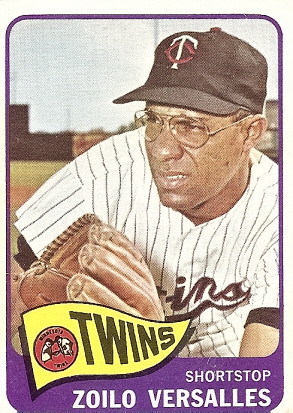 It occurred to me the other day that this is the first time that I’ve gone a whole season without watching one Red Sox game on TV. I didn’t go to Fenway either. I watched half an inning here and there while skipping through channels on TV, but that’s about it. I glanced at the headlines in the Globe or Sun sports pages or on boston.com to see who won. I just wasn’t interested this year. It seemed like the Sox’s prospects for being a contender faded by mid-spring. It felt like a “wait till next year” year. Every week there was a new player injured. The line-up was forever changing. The Yankees surged again, which was a turn-off itself. In late summer the Roger Clemens scandal re-surfaced. Maybe the cumulative weight of the cheating with drugs, stratospheric contract deals, and endless free-agent musical chairs soured me on major league baseball overall.

This year my family gave up the charter season’s tickets we’ve had for the Lowell Spinners. We didn’t go to one Spinners game this summer for the first time ever. I spoke to owner Drew Weber about letting the four tickets go, and he understood that it is a real challenge for people to go to even half of the 35 home games. I was spending more and more time  posting available tickets online for sale or finding people to take the tickets for free. In the past few years we went to five or six games during the year, and always enjoyed it. Drew said it’s better for folks like us to give up the tickets so that the seats aren’t empty. It’s better for him, of course, to have happy patrons in the park buying hot dogs and ice cream. At the park, they wait a few innings to be sure the season’s ticket people are not coming and then let standing-room folks fill in the empty premium box seats. Makes sense. Taking a pass on the Spinners was part of the overall baseball blues this year.

We’ll see what happens over the fall and winter. Maybe the World Series will be a memorable set of games this October. In the meantime, I’ll pull out my old baseball cards and see if I can rediscover the magic.

5 Responses to I Think I Miss Zoilo Versalles