The headline above is the heading of a one-page appeal I received a few days ago from the United Nations High Commission on Refugees, whose work around the world is well known. The scale of this catastrophe is staggering. “The worst floods in 80 years have devastated the country….Over 20 million people have been affected. That is worse than the tsunami, the 2005 Pakistani earthquake, and the Haiti earthquake combined….vast regions of the country are under water….the UN Refugee Agency, the first relief organization on the scene, is working around the clock to distribute 80,000 tents to families in two of the worst affected provinces, giving at least 560,000 people a roof over their heads….”

Marjorie wrote about the flooding in an earlier post on her blog that we cross-posted. I’ve been following events there via evening radio reports from the BBC World Service. I’m continually impressed by the generosity of people in Lowell and the American people in general. Our community and our nation have their own people who need shelter, food, medicine, and relief from stress. Deciding what to give at home and what to share with others a world away is a personal test. Any of us might feel that what we are able to do is so little in the face of massive suffering, especially when the problems are abroad. In this case, however, the scale of the suffering seems to demand our attention.

When it comes to the United Nations asking for help,  I always think of Lowell’s man at the U.N., Brad Morse, who had such a distinguished career as an international leader after serving as a congressman from Lowell and the Fifth District. His humanitarian work around the world continues to inspire people. In Lowell, he is remembered with the Morse Federal Building at Middlesex Community College, the Morse Distinguished Lecture series co-sponsored by UMass Lowell and Middlesex CC, and a walkway near the city auditorium. 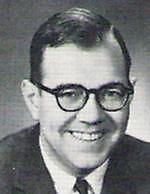 To respond to the emergency request from USA for UNHCR and donate online, visit www.UNrefugees.org