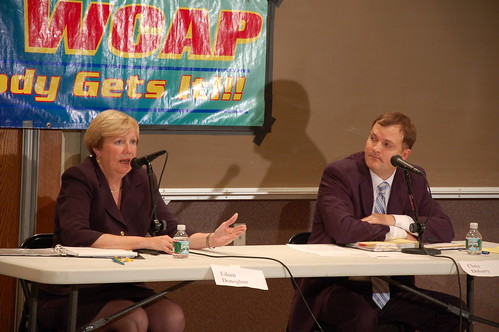 Thanks to Paul S for sharing some of his excellent photographs from the August 16, 2010 debate between First Middlesex State Senate Democratic candidates Chris Doherty and Eileen Donoghue (pictured above). The debate was sponsored by Lowell radio station WCAP and was held at Lowell High School’s “Little Theater.” The photo below shows the physical layout. Facing the camera are candidates Donoghue and Doherty; at the podium to the right of the photo is Charles Lyons, the moderator; at the table to the left in the photo are panelists Kim Saltmarsh of WCAP and Ray Wrobel, an outside-the-district Democratic activist agreed to by both campaigns. In the foreground with backs to the camera are Jennifer Myers of the Lowell Sun, Tom Duggan of the Valley Patriot and WCAP, and Faye Morrison of Ayer who served as the time keeper. 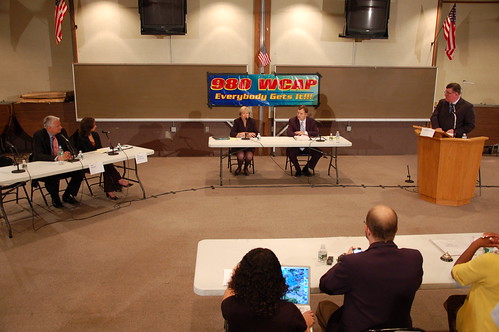 Despite some verbal jabs during the debate, both candidates kept it at a high level. 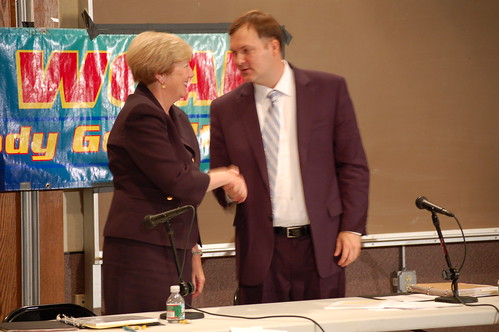 Donoghue and Doherty at end of debate