Throughout the month of March, Trasna is featuring Irish language writers. This week, we are pleased to share the work of Aifric Mac Aodha, an accomplished Irish-language poet. We are also pleased to share the spoken word, two readings, each in Irish and English, by the poet. For many Americans, Aifric Mac Aodha’s reading may be your first encounter with this rich and ancient language. As evident from the translations of her poetry, there is beauty here, not just of language, but of images: “But don’t be so hard on my youth,/ that I loved fire and not the fireplace./ Time I started over and like Cúchulainn/ went to war with the waves.”

An leithscéal a bheadh agam féin,

Tá in am agam tosú as an nua,

or the hive lose a single drone,

the lion didn’t prowl below the city

and the city didn’t burn down.

All I’ve got by way of excuse

is being caught on the hop,

who was never the first in line

for when the penny dropped.

But don’t be so hard on my youth,

that I loved fire and not the fireplace.

went to war with the waves.

The Taking of Syrinx

on the face of the water

and the moon flies

A length of unmoored sky

and the trees’ weave

is torn by lustre.

The whole sets off

where the river-bank ends.

Over time I develop

this picture of the girl:

she yields to no man

nor stands in his way.

at the site of the ambush, 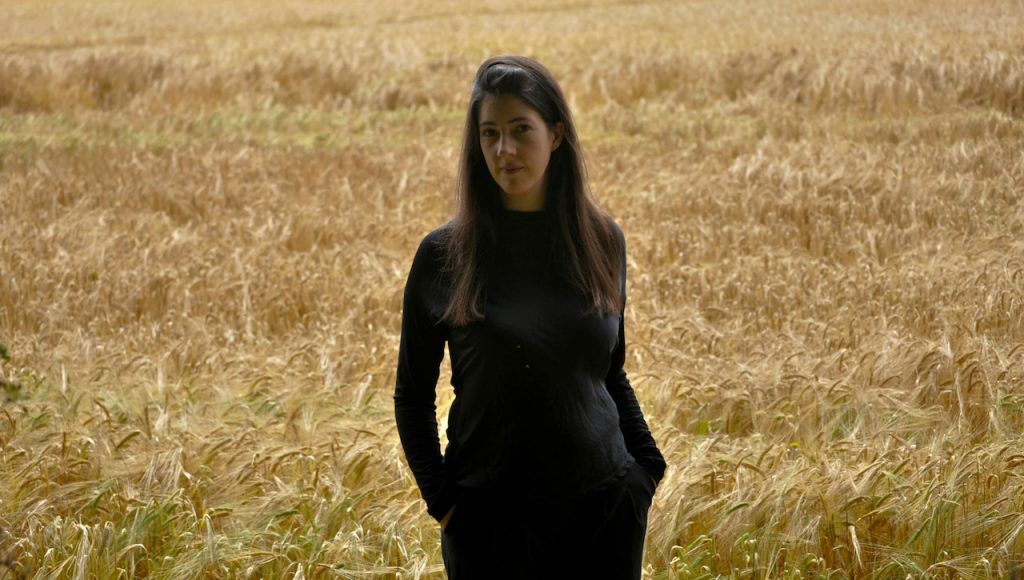 Aifric Mac Aodha is the Irish-language poetry editor of Poetry Ireland Review, gorse and The Stinging Fly. Her first poetry collection, Gabháil Syrinx (The Taking of Syrinx), was published by An Sagart in 2010 and she has had work in various magazines and journals, including POETRY Young Irish Poets. Her work has been translated to many languages, including French, German, Italian, Spanish and Czech. She has been awarded several bursaries by The Arts Council and, in recent years, she has read at numerous festivals in Europe, America and India. She was the winner of the Oireachtas Prize for Poetry (2017). Her latest collection, Foreign News, with translations by David Wheatley, was published by The Gallery Press in 2017: https://www.gallerypress.com/product/foreign-news-aifric-mac-aodha-david-wheatley/

She lives in Dublin where she now works for the Irish-language publisher, An Gúm.

One Response to Aguisín, (“Afterword”) a Reading by Aifric Mac Aodha