Trasna editor Margaret O’Brien’s timely piece,“Pasteur and Uncle Paddy,” is about a deadly virus, her great-grandmother Mary, and one of the world’s most famous scientists. 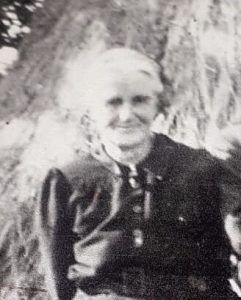 Today the world is in the grip of a pandemic because of COVID-19, the deadly Coronavirus. Although it has claimed many lives and disrupted economic and social life around the globe, it is not the deadliest virus. That distinction goes to another, the bullet shaped rabies virus, which kills nearly 100 percent of its hosts, both human and animal. Unlike the Coronavirus, which spreads by droplet, the rabies virus needs a host animal and it must cross from animal to human through a bite.

It was Ireland in the summer of 1898. After police shot dead the dog that attacked and bit two-year-old Paddy Cullinane, an order came from the local Inspector that the dog’s head must be sent to the Veterinary College in Dublin to be tested for rabies.

In the previous year, 1897, measures had been put in place to reduce the incidence of rabies in Ireland. The Disease of Animals Act was updated and all dogs in public places were required to be muzzled. More stringent measures were also enforced and stray and unmuzzled dogs were seized and destroyed.

Dogs were, of course, an essential part of working farms, smallholdings and Irish rural life in general. Paddy’s family, the Cullinanes, along with their neighbours in rural Ireland, could not have been unaware of the threat of rabies and its impact.

The marauding dog attacked the little boy as he played outside his house on that warm August day. The dog caught Paddy’s right hand in its jaws and bit into his forefinger as the boy, shocked and frightened, struggled to escape. Blood appeared on the terrified little boy’s hand as the dog’s teeth punctured his skin. Alerted by her son’s screams, Mary his mother, rushed from her kitchen and with frantic efforts managed to fight off the dog and rescue her son, despite being seven months pregnant. In the struggle she also suffered scratches to her own hand. Mary was my great-grandmother. 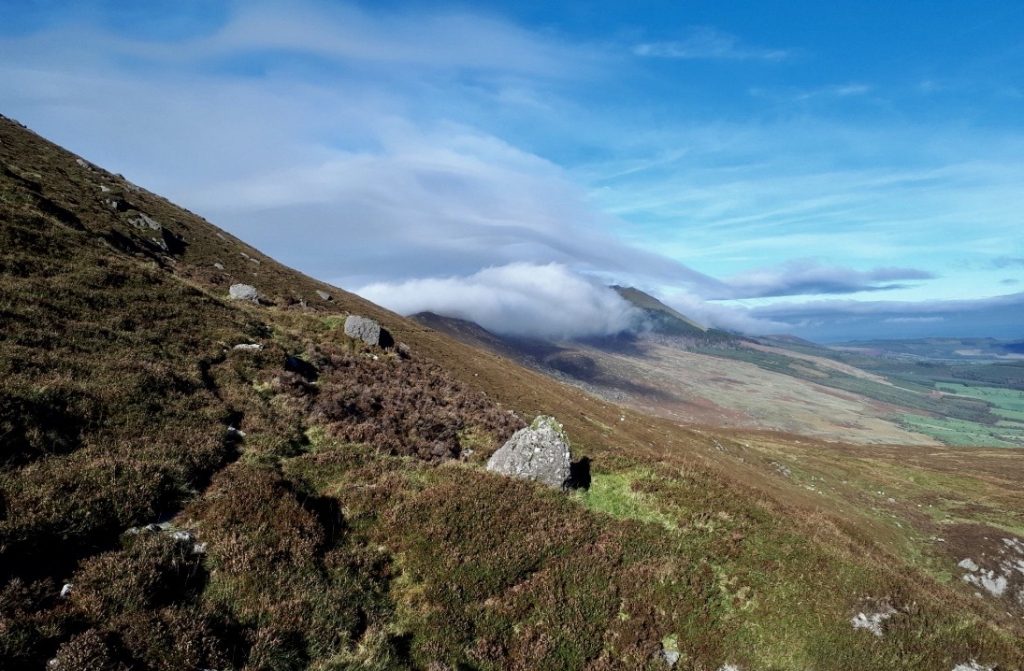 The Cullinane family lived near the tiny village of Mothel in County Waterford. Today Mothel consists of the remains of a 6th century abbey, a nearby Holy Well and is just a meeting of some minor country roads with a scattering of houses and a single pub. Then and now this is farming country, a mixture of dairy and tillage, the green fertile fields overlooked by the heathery purple of the Comeragh Mountains.

Despite having three children by the summer of 1898, and later several more, Mary Cullinane worked occasionally in the stillroom or pantry at the local big house, Curraghmore, owned by Lord and Lady Waterford. The Curraghmore estate lies to the south of Mothel near the village of Portlaw. Mary’s husband John worked as a labourer on a local farm, Prendergast’s.​ Mary and John Cullinane were my paternal great-grandparents, Paddy my granduncle.

​Two days after the bite Mary brought Paddy to nearby Rathgormack to be treated by Dr. Dwan who used the only first-aid available, cauterization of the wounds with caustic soda. The doctor made a note of a puncture wound on the forefinger of the boy’s right hand and some scratches on the back of the left hand. Having tended to Mary and her son, Dr. Dwan reported the case to the Board of the Poor Law Guardians in nearby Carrick-on-Suir, who at that time had a public health responsibility. Rabies typically has an incubation period of from one to three months, and that can also vary from less than a week to more than a year. But until they had the test results on the dog from Dublin, definitively indicating rabies or not, the Board’s hands were tied.

​The rabies virus is most commonly spread through the saliva of an infected animal by means of a bite and, unlike any other virus, it bypasses the immuno-protective defense system of the human bloodstream, moving inexorably through the central nervous system, via the spinal cord to the brain. It is lethal. In late 19th century Ireland, there was no effective treatment for this killer disease. Progressive, fatal inflammation of the brain and spinal cord would develop and with it the most feared symptom, ‘hydrophobia’ and the worst possible death.

However, in 1885 the French scientist Louis Pasteur had developed a vaccine to treat rabies, laying the groundwork for all modern vaccines and beginning a new era in medicine. Pasteur had successfully tested the rabies vaccine on nine-year old Joseph Meister who, similar to Paddy, had been viciously attacked by a grocer’s dog in his village in Alsace. By 1888 the success of this vaccine led to the establishment of the Institut Pasteur in Paris, as a centre for rabies treatment and for research on other diseases. From as early as 1886 word had spread about the success of this vaccine and people travelled from as far away as the US, Algeria, Russia, India and from all across Europe to Pasteur in Paris for treatment. Most had been bitten by rabid dogs or cats, but some by rabid wolves.

​Back in Co. Waterford the test results from Dublin eventually arrived and were definitive. Yes, the dog was rabid on the day it attacked and bit two-year old Paddy Cullinane. On the instructions of the Board the sanitary officer for the district, the appropriately named Mr. Power, was directed to go to Mrs. Cullinane’s home with the news of the results and inform her of the sole option available to save her son. She would have to bring Paddy to the Pasteur Institute in Paris, France. This was the only place in the world where such cases were treated successfully.

Mary received Mr. Power, heard his news but declined to go to Paris

All is silent in the records regarding Mary and her answering “No” to Mr. Power. We can imagine that she looked at him with dismay and disbelief, no doubt mirroring his reaction when he heard her response. Here she was, a young mother with three small children and very close to the end of her fourth pregnancy and there was this authority figure on her doorstep telling her she must to travel to Paris? Mary’s world up to then was circumscribed by the distance she could walk. She had never even owned a bicycle in her entire life, but always walked everywhere – to Curraghmore for work, to Rathgormack or Carrick-on-Suir for provisions.  As a twenty-five-year old young mother in 1898 I would guess she knew little or nothing about vaccination. Going to Paris might have been beyond her wildest imagining, not to mention the practicalities of the trip and the domestic arrangements to be put in place for her other children.

But then something changed for Mary over the course of the following two weeks and we can only speculate on what that was. Interestingly it doesn’t seem to have been any deterioration in Paddy’s health.

Two weeks later the Board of Guardians of the Poor Law Union in Carrick-on-Suir were again discussing the Cullinane case but this time there was a request before them for help. Mary had changed her mind and was apparently now very anxious to get her son to Paris for treatment. In response to her request for assistance the Board had summoned Paddy and his mother to appear before them. The boy was brought before the meeting by his grandmother, Mary’s mother, to the surprise of those present. Colonel Stuart asked “Why is the mother not here to support the application?” to which Mr. Power replied, “I believe she is working at the harvest.” Bear in mind that twenty-five year old Mary was now heavily pregnant. The boy, Paddy, was described by the report of the meeting as a “fine healthy child”.

The discussion by the all-male committee weighed up some of the issues relating to sending the boy and his mother to Paris. There was a concern that Mary was within six weeks of giving birth again and this was a journey that would take her and her small child through Ireland, England and then to France by rail and ship, followed by an extended stay in Paris. But the stark reality was that there was no place other than the Pasteur Institute where a person suspected of contracting rabies might be successfully treated. Mr. Britton, a Justice of the Peace and member of the Board, probably summed up the feelings of those in the room when he said, “Should anything serious turn out to the child, as a result of the bites he received, we would be open to very great censure.” At that meeting on Saturday 27th August the decision was made that Mary and her little boy would begin their journey to Paris on the Monday. A cheque for £20 was written to buy Thomas Cook tickets and their journey began. 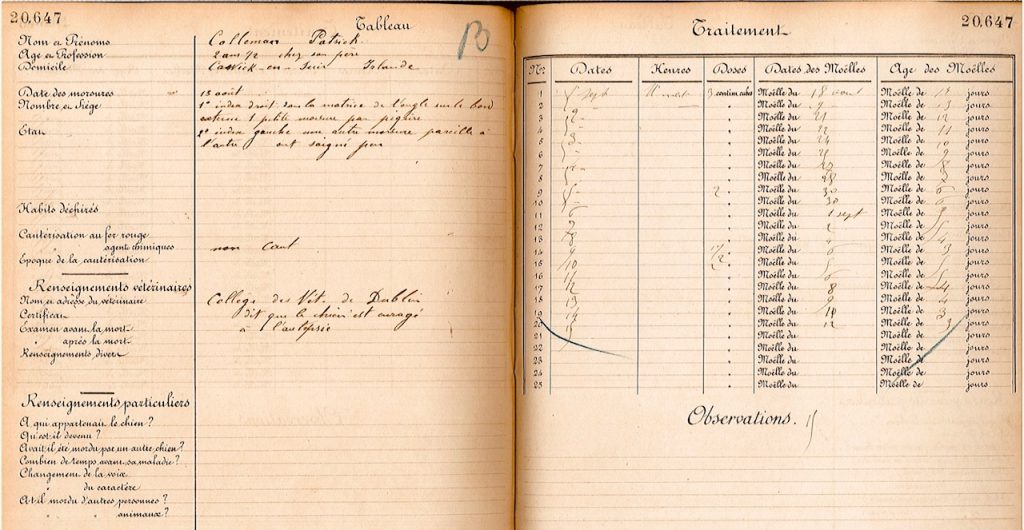 Paddy was treated for two weeks in September 1898 at the world famous Institut Pasteur in Paris. Mother and son then made the return journey to Ireland where a few weeks later Mary gave birth to her daughter, Bridget, and seems never to have referred again to her heroic journey. Although Mary was my great-grandmother my discovery of this event was almost happenstance, there are no family sources to corroborate it. But in the archives of the Pasteur Museum in Paris there is the record in a ledger of Paddy’s treatment.

In 1898, the year Paddy was bitten, there were four human deaths in Ireland from the disease – the last recorded human fatalities in this country due to rabies. By 1902 rabies was considered eradicated in Ireland and the country has remained rabies-free ever since.

​However, we can only guess if we will ever be free of the Coronavirus. It may not be the deadliest virus but it is certainly one of the most virulent. As I write scientists are researching an effective vaccine but until it is developed, tested and widely available life as we knew it is utterly changed. We can be certain of this, when the vaccine is developed we will not have to travel half-way across the world to access it.

As regards my Granduncle Paddy and his mother Mary? Both mother and son lived healthily into their 80s and neither travelled out of Ireland again.

PHOTOS: Mary Cullinane circa 1940’s; the Comeragh mountains in Waterford by Joe Hahessy; and the Treatment Log from the Pasteur Museum, note Paddy’s name at the top of the page.

15 Responses to PASTEUR AND UNCLE PADDY by Margaret O’Brien