Malcolm Sharps is a writer living in Hungary. His account of leaving England is familiar to anyone who has lived in an industrial city whose economy has been upended, something that people living in Lowell experienced during the 20th century. This is Malcolm’s second appearance on RichardHowe.com. 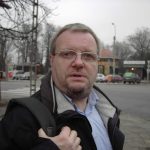 The Leaving of Liverpool

There is a very short tale called “Sons” by István Örkény. Here is my translation from the Hungarian:

Once upon a time there was a poor widow woman who had two sons. The elder of the sons ran away to sea and boarded a ship bound for the Pacific Ocean. What became of him, who can say, for on the first voyage the ship sank and he was never heard of again. The younger brother, meanwhile, stayed at home. But one day he was sent by his mother to the chemist’s for some slug powder. He was never to return home. His loss also was remembered to the end of the old woman’s days.Those events took place. But in most tales the old widow woman has three sons and it’s always the third one who lives happily ever after.

MAYBE SOME PEOPLE stay in their hometowns because they have no choice, and others find everything they want in the place where they were born and feel content to remain there for their whole lives. Sometimes the choice can be hard when there’s always the pull of the big city, the good life, the better career. For me, it was easy, I was born wanting to leave Liverpool, it was a place for leaving without sadness; the sad ones were those who remained. My whole generation abandoned Liverpool, just as Lennon from my high school abandoned it, and McCartney from my junior school abandoned it ten years before me. If not Liverpool, if not England, the next place was where? They named the airport in Liverpool after John Lennon. I’m sure in death he’s glad he isn’t going to land there again. All of us went elsewhere to try to live the life of the third son.
I didn’t know at the beginning that Liverpool’s traditional sources of prosperity, the port and ship-building, were contracting, the economy on a perpetual slide, that the old trade with the big ships from America had all but vanished and was being replaced by container traffic to and from Europe at the southern ports. So Liverpool lost out when the boom came. A kid doesn’t know things like that, but a kid can feel it. I felt this was a dying city, and no beautiful swan passing away to the sound of Saint-Saens on the cello, either; it was a grim, dour, joyless place that the town planning of the Luftwaffe hadn’t helped any, and the additional planning of the city fathers had made final. 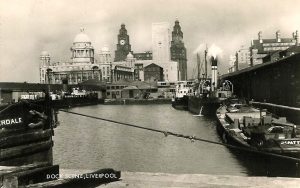 Anyway, for years we kept our heads down, went to and from school every day and lost ourselves in study. Success in exams was our idea of a future; we didn’t look much further than graduation day. At the same time, there were ambitions that took hold, strange, confused, thwarted convictions that we were capable of more than this, that there had to be better ahead. Every one of my friends wanted to either play an instrument or sing, or write songs or plays and stories, to act, to direct others. Even to make films in a city where filmmaking didn’t really exist. Some of my friends came together to make a film in the cellar of a flower shop. With the flowers cleared to the back, the camera and the operator and the actors standing by, curious friends watching the takes from the sides, it’s a wonder we were all able to fit in. You can still watch this film Salomé on YouTube. It’s part of movie history because the director, Clive Barker, went on to write, produce, and direct the Hellraiser horror series.
There was a pattern to our artistic lives: a performance in a second-grade theatre or church or school hall with a small, very enthusiastic audience, but what then? This was some sort of success, but what else could we hope for? A repeat of the same with no one knowing, no one really important to be impressed? England is not a federal country, it really has only one centre of culture, it has only one place where you can be seen, where it’s worthwhile being seen, London. When we got our diplomas, there was a mass movement towards the capital with no specific idea of how this would connect with real success. I was part of it, but I had less idea even than the others, I simply wanted to leave. Some really didn’t connect in London and floundered. Sue Bickley joined the National Opera and rose to eventually become a star. Doug Bradley left after a few years to gain experience in a provincial theatre before getting a lucky break in cinema. Our camera operator was an all-round technical wizard and became a millionaire from his sound and lighting patents, but only made three short films, none in London. Graham Bickley became the lead in a television comedy series and later starred in West End musicals. Les Dennis got his own programme as a compere. Jude Kelly became a director at the National Theatre. Clive Barker, because he wouldn’t compromise with the junk projects of others, took longer than some of the rest, but eventually he sold his Books of Blood to a publisher and also got finance for his first commercial film. Pete Atkins followed him to Hollywood and became his scenario writer.
And, of course, there’s me, isn’t there? I only stayed in London working in an office for one unhappy year. I had a vague idea of carrying on doing stage work but I didn’t do a scrap of theatre while I was there, not even with the old team, and I fitted in no better than I did in Liverpool. I didn’t achieve my greatest ambitions, but later I fell in love with Central Europe and now it has become home. Here’s what happens to a passionate love. You marry your exotic mistress, and in the first years it’s as if everyone is looking at her with envy. After three decades, you are the only one still looking. You love her still, though you know no one else will understand, but it doesn’t matter. You’ve become old lovers, and it’s as much as you want. Well, it’s something like that with me and Budapest.
I hated Liverpool so much when I was young, and when I returned the last time I was surprised by the area of Calderstones near my old school, Lennon’s school. It’s an area mainly for the rich and it is one of the plushest, greenest suburbs of any European city I’ve ever seen. No, it’s the plushest! It’s a parkland estate of mature trees and red sandstone buildings. Berlin could be jealous, and this sumptuous green goes on several miles, up to Lennon’s Strawberry Fields and beyond to the village of Woolton. From the age of eleven until eighteen I passed these places every day and thought nothing of them. How could I have been so blind to these things? Maybe John Lennon said it best:
Living is easy with eyes closed,
Misunderstanding all you see.
It’s getting hard to be someone, but it all works out . . . 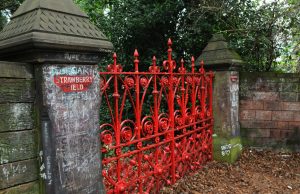 2 Responses to Malcolm Sharps: ‘The Leaving of Liverpool’