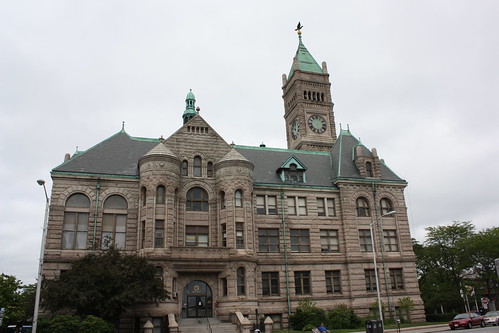 Elizabeth Warren defeated Scott Brown for the United States Senate, 54% to 46%. Warren won Lowell by nearly 6,000 votes. Many of those who voted for Warren have not regularly participated in city elections. Whether these voters can be persuaded to vote in city elections or whether they just show up for Presidential election will have a substantial impact on local politics.

Patrick Murphy was elected mayor by a five to four margin at the city council inauguration. He received votes from himself, Kevin Broderick, Marty Lorrey, Bill Martin, and Vesna Nuon. Councilor Rodney Elliott voted for himself and received the votes of Ed Kennedy, Joe Mendonca and Rita Mercier.

Changes in city government: Kevin Broderick resigned from the city council and was replaced by eleventh place finisher John Leahy (tenth place finisher Armand Mercier passed away in January). Mike Lenzi resigned from the Vocational School Committee after moving to Dracut. He was replaced by Ray Boutin, who received the most votes at a joint meeting of the Lowell city council and school committee.

John Kerry was nominated by President Obama to serve as Secretary of State. Lowell has had a love/hate relationship with John Kerry for 40 years beginning in 1972 when he moved to the city to run for the Congressional seat formerly held by Brad Morse. Kerry won a tough Democratic primary, beating such established Lowell figures as John Desmond, Helen Droney, Fred Finnegan, Robert Kennedy and Paul Sheehy, but then he lost the general election to Andover Republican Paul Cronin. In 1984, Kerry defeated then Fifth District Congressman Jim Shannon for the U.S. Senate seat being vacated by Paul Tsongas. In 1996, Kerry held onto that seat in the face of a strong challenge by then governor Bill Weld, who had the support of much of the Lowell establishment. Kerry’s departure will cause a special election in early summer of 2013 to fill the Senate seat.

UMass Lowell continued the amazing reinvention of its campus and its own emergence as a nationally recognized institution of higher education. The Saab Emerging Technologies and Innovation Center opened on the North Campus; construction of a new parking garage began on the South Campus; and the demolition of the old St. Joseph’s Hospital to make way for the University Crossing student center was well underway. UMass Lowell became a major player in state and national politics with its polling and political analysis operation and with its hosting of a crucial debate between Scott Brown and Elizabeth Warren from the Tsongas Center.

The cultural life of the city remained vibrant throughout 2012 with appearances by Stephen King and Michael J. Fox; another successful Folk Festival; and musical performances at the Lowell Summer Music Series by musicians such as Kenny Loggins, Lyle Lovett and KD Lang. A major exhibit on “Dickens in Lowell” hosted by UMass Lowell, the national park and others with related programming was held to celebrate the 1842 visit to Lowell by Charles Dickens and the 100th anniversary of the Bread and Roses Strike had a big Lowell component thanks to UMass Lowell’s Professor Bob Forrant. The Angkor Dance Troupe celebrated its 25th anniversary with the world premiere of Apsara Dancing Stones at the Lowell Memorial Auditorium. A tribute to Mary Sampas in April had an overflow crowd at the Whistler House Museum, and the first annual Lowell area book publishers roundup was held at the Old Court in January. At the National Park, Celeste Bernardo succeeded Michael Creasey as superintendent, and “the father of the National Park, Patrick J. Mogan, passed away in December.

Unruly behavior by patrons of downtown drinking establishments became a major issue in 2012, set off by what was described as “a riot” at Fortunado’s restaurant in February. Criticism of the Lowell License Commission’s handling of this issue led to the departure of two of its members, but the problems persist with a major altercation occurring at Brian’s Ivy Hall in December. A tradition of rowdy behavior in downtown bars that was tolerated by an old Lowell that vacated the downtown at the end of the business day has clashed with the reality that the downtown is now a residential neighborhood whose residents are rightly intolerant of such behavior. The resolution of this conflict is critical to the continued success of downtown Lowell.

United Teen Equality Center (UTEC) opened its new headquarters on Warren Street, combining a vintage church building with a modern addition to create a fabulous example of environmentally friendly reuse of a century-old downtown structure. UTEC also let the community response to a wave of shootings that struck the city with a Rally Against Violence in September.

Mill City Grows burst on the scene, promoting the ability of Lowell residents to grow, purchase, distribute and consume healthy, locally produced food on land in the community. Its September Harvest Festival was a great success, and the organization remains active year round. Mill City Grows is forward-looking, but it also taps into Lowell’s agricultural heritage: most immigrants came here from farming communities, and, while their primary employment in Lowell was in the mills, anyone with a spare plot of earth, no matter how small, immediately began farming it, both to supplement the family food supply but also to remain connected to their rural heritage.

Social networking and new media continued to thrive in Lowell. Howl in Lowell launched in March and continues going strong. New blogs that were launched include Jen Myers’ “Room 50″ and Paul Belley’s “Captain’s Log.” A “Tweet-Up” at Lowell Telecommunications Corporation in March attracted a large crowd interested in refining their skills on Twitter which, along with Facebook, continues to grow as a channel of community engagement. Also in 2012, Comcast switched the City’s government access channel from 10 to 99 without any apparent difficulty.