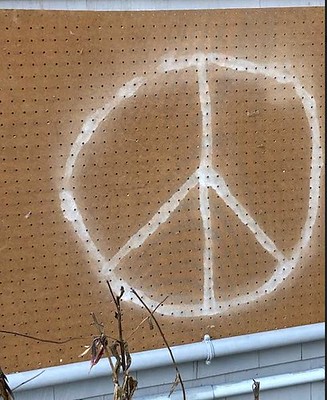 Baseball on the Moon

The mercury, when I’d left the guard mount a few hours earlier, stood at 30. The air felt colder now and I was glad I’d zipped the liner into my field jacket. It was New Year’s Eve, 1969. I’d pulled guard duty, swapped with a guy who had a date; my girl was 1800 miles away, in Boston. A motor pool driver had jeeped me out to a remote corner of Ft. Hood, where I was to keep watch over an armory. It was really just a disused ammo storage shed in a quadrant of low hills and rattlesnake gullies. I called it the Valley of the Moon, after a novel by Jack London I’d been reading, a road book from forty years before another Jack (Kerouac) who, ironically, had died just that October. Anyway, that’s what I called the section of the post. I tended to romanticize things.

The armory was a one-story building with roll-asphalt siding and protective screens over its small, high windows. A sodium lamp mounted on a pole would’ve been sufficient to keep it safe, but there wasn’t one, so each evening the Army posted a guard. He was issued a cylindrical wooden stick, about 2 ft. long, with a ribbed grip, and variously called a baton, a billy club, a truncheon. We just called it a nightstick.

That night, with the Central Texas wind cutting through my jacket, I was cold and bored. And alone. There probably wasn’t another person within five klicks of the place. The clock wasn’t in any hurry, the old decade taking its time ending. Like the war. Fifteen years it had been going on, no finale in sight. For something to do, I began picking up pebbles and giving them a whack with the nightstick.

I remembered a few months earlier passing the shed one day and seeing a work detail—guys from the stockade in t-shirts and fatigue pants. Overseen by an MP, they were using pry bars to yank off the shingle siding where

someone had spray-painted FUCK WAR. Those were days of upheaval in the land, no one very happy, no easy answers blowing in the wind. Often, out in the bigger world, you’d see peace signs, and WAR tagged on stop signs. But this was different. On an armory, on the largest military post in the free world, someone had made a statement.  This seemed to strike right to the heart of the organization. It demanded response. The work crew from the stockage removed the siding and installed  roll-on asphalt. The ammo was moved somewhere more secure.

With only deep-in-the-heart-of-Texas starlight as my illumination, I got into it, pretending the empty building was the left field wall at Fenway Park, and I was a rookie, called up because Yastrzemski was injured. Of course, there were whooshes—when I’d miss and the pebble fell with a soft plop. Or the foul balls, when I nicked one and it spun off—wizzzz—into the dark.

When I connected, I’d follow the quiet and then the ping of a pebble against a wire mesh screen, or the clack of it hitting the roof, or sometimes, if I really tagged one, the silence as it fell in the sand beyond the armory. My mind conjured the cheering crowd. And the sports page headlines: DANIEL’S WALKOFF SLAM SINKS YANKS, and the like.

Thus preoccupied, I failed to observe the approach of someone until he was close by. Shit. I quickly dropped the stones and stiffened. “Halt!” I challenged, following the standing orders. “Who goes there?”

From the dark, the Sergeant of the Guard appeared. I hadn’t expected him, though I should have. It was his job to supervise the sentries. I mentally rehearsed the guard’s orders, which every soldier is expected to know and recite on demand:

I will guard everything within the limits of my post and quit my post only when properly relieved. I will obey my special orders and perform all of my duties in a military manner. I will report violations of my special orders, emergencies and anything not covered in my instructions to the commander of the relief.

But the SOG didn’t ask. “At ease,” he said, his voice a husky baritone.

I tried to read his name on the field jacket. Franklin? “The hell you doin’?” he said.

“Not up here smokin’ the herb?”

A faint smile said he was kidding. I relaxed a bit, though I still worried there could be a round of pushups coming, or a stint on KP. “Actually,” I confessed, “I was playin’ baseball.” I mimed the action; it seemed easier than explaining.

“Where you from, soldier?”

He gnawed on this a moment. “Fenway Park. Got a cousin in Roxbury.”

Turns out he was from Detroit. He looked around, the area as barren as the moon. He motioned for the nightstick, which I handed over, butt end first. He picked up a pebble, gave it a small up-toss and swung and connected. We listened and heard it ping in the cold air.

He hesitated a moment, then nodded. “Okay, Boston, you’re on.”

For a few minutes, in a small eye of the tempest that was the tail end of 60s, we duked it out, he and I. The Tiggs v. the Sawx. Two of the classic teams of old.

Then, maybe remembering something (rank, duty, his appointed rounds?), he handed back the nightstick, straightened his field jacket. “Keep alert,” he said and mumbled happy new year and walked into the dark.

Over the years, I’ve sometimes remembered that night. Who won? I like to think we did.

12 Responses to Baseball on the Moon