I’m not the only self-professed neophyte soccer fan following the World Cup. Regular blog contributor Louise Peloquin joins me in doing that this weekend, only she’s doing it from Paris. Louise sent the following observations as the city prepares for tomorrow’s championship match between France and Argentina. —RH 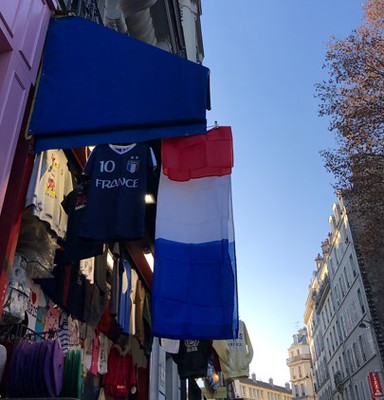 As I was walking around my 9ème arrondissement Paris neighborhood this afternoon, I couldn’t help but notice all of the soccer paraphernalia in the local souvenir shops and especially the flurry tricolor flags. 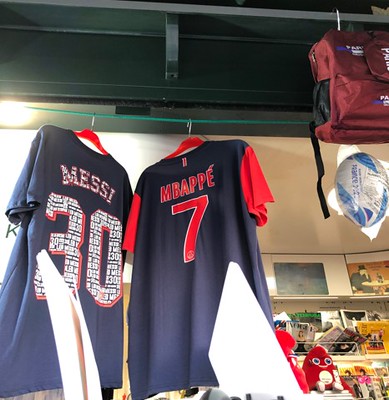 An interesting twist is that both Mbappé (the star of the French team) and Messi (the star of the Argentina team) play for the PSG (Paris Saint Germain) team. The above photo shows their respective PSG T-shirts. That will make the final even more interesting!

Just as Nobel laureate Samuel Beckett’s Vladimir and Estragon waited for Godot in his 1952 play, the French are waiting for their chance to capture “la Coupe” for the third time. Even a soccer imbecile like me cannot resist the excitement. Contrarily to Godot for “Didi” and “Gogo”, hopefully “la 3ème étoile” will soon be embroidered on the team players’ T-shirts.