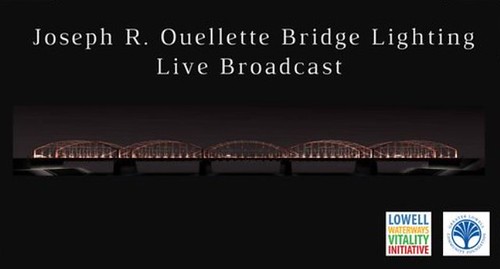 On Friday, October 21, 2022, the Lowell Waterways Vitality Initiative in partnership with Greater Lowell Community Foundation “lit up” the Joseph R. Ouellette Bridge. The initial bridge lighting was streamed live on the organization’s Facebook page and is archived there for on-demand viewing. 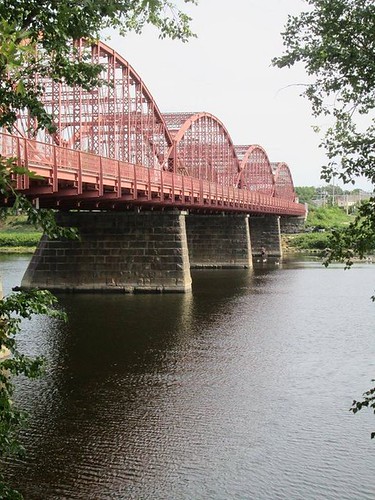 In 1881, Lowell residents voted to add a third bridge over the Merrimack River. (The other two were at School Street and at Bridge Street). This new bridge would carry Aiken Street from the Little Canada neighborhood south of the river to West Centralville north of the river. Constructed by the Berlin Iron Bridge Company (BIBCO) of East Berlin, Connecticut, the Aiken Street Bridge opened in 1883. 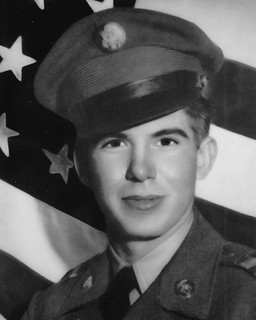 On March 6, 1953, Commander Joseph Chouinard of the Franco-American War Veterans Post 4 of Lowell sent a letter to the City Council requesting that the Aiken Street Bridge be renamed to honor PFC Joseph Raymond Ouellette, a 20-year-old soldier from Lowell who was killed in action on September 3, 1950, in Korea. For his extraordinary heroism in the days leading up to his death, PFC Ouellette was posthumously awarded the Congressional Medal of Honor.

On March 11, 1953, the City Council voted unanimously to name the bridge for Ouellette and a dedication ceremony was held on May 31, 1953. 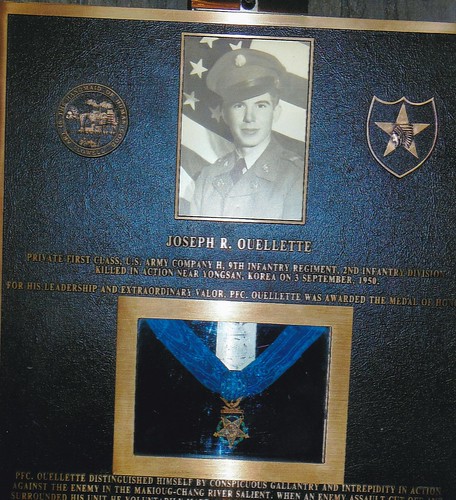 The Ouellette Bridge was fully renovated in 1992 and a rededication ceremony was held in 1999. 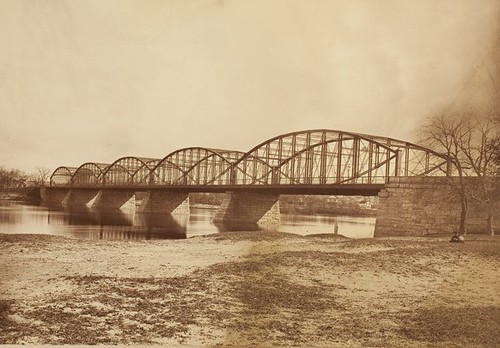 Besides honoring a deceased hero, the Ouellette Bridge is well-known in bridge circles for its design. It’s known as a lenticular truss bridge. “Lenticular” means related to a lens. If you look at a photo of the bridge from its side, the trusses are shaped like a human eye, or at least the top part of an eye. This bridge is the longest surviving lenticular bridge in the United States as well as the second oldest of the lenticular design.

Please check back to this website in the week preceding Veterans Day 2022 when I’ll do a lengthier post about Joseph R. Ouellette, his upbringing in Lowell, and the actions for which he was awarded the Medal of Honor.