Our regular contributor Tom Sexton in Alaska has a new poem for our readers, a poem for Spring. Monty Don, host of Gardeners’ World on BBC TV, has this advice on pruning your apple tree: “So through over-zealous and mistimed pruning people often ruin their fruit trees,” he adds. So when is the best time? Monty Don says that if you want to keep the growth of a large tree under control, July is the optimal time to prune. According to Monty, the main reason is to ensure a better crop down the line because pruning “allows light and air onto the fruit that is ripening and stops your trees becoming too crowded with unproductive branches.” How much light and air? See the last line in Tom’s poem. 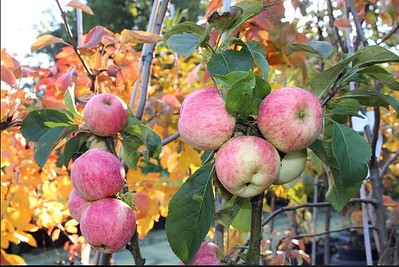 Poem About an Apple Tree

For the first time in a very long time our

leaving a gaping hole, a void, in our spring.

A neighbor tells us it needs to be pruned,

that its branches should never touch.

He has a pruning saw that I can borrow

If I return it by tomorrow, then he adds,

“You should be able to throw a cat through it.”