On Friday, June 10, 2022, at 1 p.m., the Pollard Memorial Library will host a screening of the new film, Jack Kerouac’s Road, followed by an interview with the film’s director, Herménégilde Chiasson, a French-Canadian director, playwright, and journalist who is also the former Lieutenant-Governor of New Brunswick.

Part documentary, part drama, this 1987 Canadian Film Board production weaves reenactments, archival film and photographs, and interviews with French-Canadian and American writers and artists of the 1980’s (including Allen Ginsberg and Lawrence Ferlinghetti) to paint a portrait of Lowell’s thoroughly Franco-American novelist and poet. The film runs 54 minutes with English subtitles provided wherever French is spoken. The film will be preceded by brief recorded greetings from the mayors of St. Hubert de Rivière du Loup and St. Pacôme of Québec — the birthplaces of Kerouac’s parents. No admission fee. 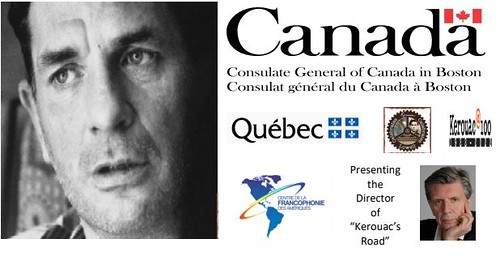