Three pieces and a song from Bob Hodge. 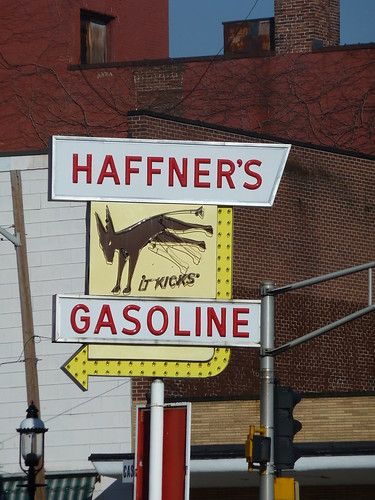 I must have been around eight, nine or ten when I first started going to the Lowell Boy’s Club on Dutton Street by the Haffner’s gas station with the kicking mule logo sign.

My older brothers took me and we would walk across the North Common by St Pat’s and the Macheras gas station along the Western Canal and also past the Whistler house and the Giant Store. It was about a ten-minute walk but we was hardly ever in any hurry.

As kids it seemed like a large building but was tiny and most likely converted from some other use. On the first floor were a bunch of pool and ping pong tables and upstairs was the gym which had a board track above it.

A man named Bill Lapointe was the director and he was a beloved character around Lowell for all the time he devoted to the sometimes-wayward little street urchins of Lowell.

He was involved in the Acre Youth Organization and its baseball league and trained boxers to participate in the Golden Gloves and the Silver Mittens. He was everywhere there were kids and sports.

One time I was at the club with my brothers and we was talking to Bill and he says “Bobby, why you always got your hands in your pockets? What are you playing pocket pool?”

My brothers laughed but I didn’t get the joke until they explained it to me, and I nearly started crying. “Relax knuckle head he was just joking with you.”

I spent a lot of time there over the next few years with all my friends from the hood. We played basketball and kick ball and every other kind of ball game, and we practiced for the President’s physical fitness test which included the rope climb a difficult task for me not only because of my puny arms but also as I got higher I would get vertigo and be afraid to go to the top.

Of course, my older brothers were better at everything than I was but I kept showing up, I mean what else was I gonna do?

The Hafner’s gas station attendants didn’t like us cutting through on our way to the club and would yell at us so we started pulling little pranks on them, messing with their air hose and jumping on the bell ringer hose thing that lets them know when a car has arrived for gas.

Knew a kid once committed murder very scary dude, until someone dropped a dime on him. One day he held another kid by the ankles over the railing of a small bridge over that Western Canal and I thought for sure he was gonna drop him but somehow, we talked him out of it.

A few times we saw the chalk lines of murder victims drawn on the ground one time right outside our house on Butterfield.

On a Saturday morning my Dad sipping his coffee and reading his paper talking to John in the Quality Donut shop across Butterfield.

Bowling candle pin Gorham Street just up from Nicky’s Bar where Kerouac drank. I bowled with a league created by the Boy’s Club in a place, may have been called the Brentwood Lanes. At home my brothers and I had a whole bunch of bowling trophies a waste of space. Photos on my bedroom wall of all my baseball heroes soon to be replaced by my running idols.

8 Butterfield the porches, us up on the third floor and Mom’s and Dad’s would call down to their kids or the neighbors and the laundry hung out there to dry even in the dead of winter when it froze out there. I made a bow and arrow with some sticks and string and shot them from the porch.

My Dad caught me and told me to stop but I didn’t, and he spanked me which was the only time I remember him doing that.

It was a cold apartment we were in with just the gas heat from the stove in the middle of the kitchen so the bedroom would be very cold, and our parents piled every blanket and even our winter coats on top of them to keep us warm.

It all comes back sometimes getting older by the minute.

Drifting and a grifting his way along, not really out to hurt nobody I mean after all they come in here expecting to get something for nothing and I make sure they get nothing but disappointed.

Hey follow me down rare dirt lanes and trails, follow my whimsy, just for today cause tomorrow never knows.  Since I did my share of working but I wouldn’t have if I didn’t have to, and baby I never loved you but it’s all over now.

On a fixed income as “they” say, whoever the hell “they” are, I won’t be found here, right in front of your eyeballs, all but invisible. Routines now just as before, but not like before as I do what I want, no need to do anything at all or follow a schedule.

For example, today I wrote these lines…………. And I rocked in a chair by the window in the local library and I read this tome about Russia and Europe hardly understood a thing all murders and mayhem holy jayz us.

Walked and jogged for an hour laps around the park then laid down on park bench took a little nap eavesdropped on people’s conversations juicy gossips.

Went through my mail a banner hall of rejection notices for my different writings ready for volume two of my rejected scrapbook ya only the best.