“Little child won’t you dance with me”
Lennon-McCartney, 1963

The Ed Sullivan Show was a family entertainment staple. Across the narrow hall from the kitchen, my parents would settle into their armchairs and my brother and I would sit crossed-legged on the floor while our two younger siblings were tucked away in the arms of Morpheus. So on February 9th 1964, tuning in to CBS at 8 PM wasn’t unusual. 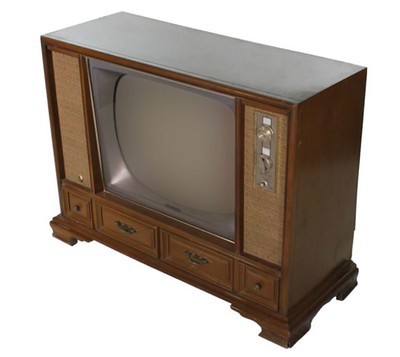 “That new group everyone is talking about will be on” Papa said as he turned on the Motorola in the corner room my mother affectionately called “the study”, no doubt because of the overcrowded bookcases lining all available space. Some of the shelves were off limits to us kids, the ones Maman organized to display her husband’s medical texts and journals. Maman made sure their precious content was quickly accessible to Papa when research was required on this or that ailment. We kids had our own space with colorful children’s books in French as well as English and an encyclopaedia received by post, volume by volume on a monthly basis. Although we devoured our “library”, my brother and I were always attracted to the impressively thick medical books labelled with disquieting titles like, “Illustrated Overview of Infections” and “Diseased Organs”. We had a lot of fun clandestinely turning the forbidden pages and frightening one another with tales of how beastie teenie weenie microbes could infect the entire world.

“Oh oui. I understand that Arthur Fiedler is a great admirer of the Beatles.” Maman stated. “Ils sont très populaires. They are very popular.”

Our household had always been filled with music with a father whose rich baritone filled the house with tunes ranging from old French songs like “Frère Jacques” to lullabies like “Fais dodo Colas mon p’tit frère” (Go to sleep Nicolas my little brother). Our favorites were the funny ones like “Le bon Roi Dagobert a mis sa culotte à l’envers”. This 1750’s French chanson about a supposedly dignified king who had put on his royal knickers inside out, instantly turned any family sourpuss into a laughing hyena. Just thinking about now it makes me chuckle. Crooner numbers were also included in Papa’s repertoire, for example “Smoke gets in your eyes” which he sang at Washington D.C. piano bars when he was a penniless medical student in the late ’30’s. 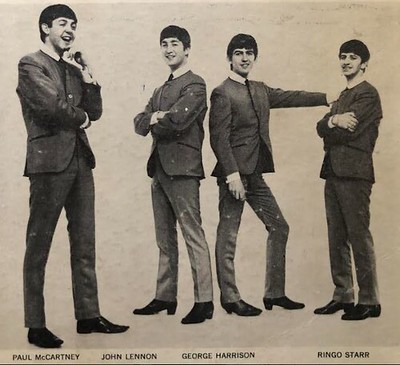 Ed ceremoniously announced, “tonight the whole country is waiting to hear England’s Beatles and you’re going to hear them and they are tremendous ambassadors of goodwill.”

Papa responded “oui, la musique peut réunir le monde entier. Yes, music can unite the entire world.” My brother and I found out later that he knew a thing or two about the question – lessons learned during his WW2 European military tour.

The TV commercial break seemed endless. My pre-teen ears couldn’t wait to discover what the big deal was. School yard talk had triggered my curiosity.  Our classical music aficionado parents hadn’t exposed us to rock & roll and mentioning it conjured up a sulphureous atmosphere. It made me conclude that this particular music had to be beguiling and I knew the upcoming TV experience had to be a watershed.

The moment had come. Camera shots of screaming girls barely older than I was filled the screen. Maman wanted to lower the volume, undoubtedly thinking of her two little ones sleeping in the next room. But something stopped her. She didn’t want to miss a beat as she shared Arthur Fiedler’s musical assessment.

After the screams came the images and the music. It transformed us. After stating “they need a haircut”, Papa started stamping his feet. Maman was smiling. My brother patted down his inch-long bangs and swung his head à la Ringo. I was experiencing an epiphany.

“Yeah, yeah, yeah” shouted my brother at the end of the third song. Maman didn’t shush him. “I recognize the musical value here and agree with Monsieur Fiedler. In fact, some of these melodies could very well be included in future Boston Pops concerts. C’est intéressant.” Papa laughed. Little did he know at the time that his wife’s prediction would come to pass.

No one asked me for my two cents worth and I couldn’t have uttered a sound anyway. My mindset was –

By the end of the show my brother was squealing “I wanna hold your HAAAND!”. Maman and Papa were grinning, the babies were still sleeping, and I would never be the same again. As I look 58 years back, I realize that my adolescence officially began that night.

Ed Sullivan hosted the Beatles again on February 16th and 23rd. Like all of the other teeny-boppers, I wanted to scream my lungs out when John, Paul, George and Ringo came on, but I managed to squelch my enthusiasm, afraid that Maman would find such an outburst undignified, not to mention dangerous to my younger siblings’ quality of sleep. So I just let my inner self go with the rhythmical flow and became, for the first time ever, a diehard rock & roll fan.

Two months later, my April birthday rolled around. “What kind of cake and what gift would you like ma chérie?” Maman asked.

“I’d like an angel crust pie with strawberry chiffon inside and a lot of whipped cream on top s’il vous plaît.” That was our name for “strawberry pavlova”. As for the birthday present, I didn’t admit to coveting a Beatles album. My growing obsession, multiplied a hundredfold by discussions with neighbourhood buddies, was so intimate that I just couldn’t share the burning desire with my parents. Fortunately, my mother’s best friend, Rita Robillard Dozois, a nurse, amateur musician and showwoman (Perhaps a story about the kids’ “talent shows” she organized in the ’60’s to entertain D’Youville Manor residents could come to life one day?), had guessed that a Beatles LP would be the most fabulous gift of all. Sure enough, thanks to “Ma Tante” Rita, it was.

Soon, “Meet the Beatles” set fire to the old Victrola each time I baby-sat while Maman was out on errands. Thus, the two little ones, aged 4 and 2, became fans and learned to dance. A favorite was:

The fun we had during those blessed times has never been surpassed.

I still l have that LP. The album cover is a bit frayed at the edges, but the vinyl still sounds clear and, surprisingly enough, hasn’t got a scratch. Maybe it’s worth something on eBay? Dunno and don’t care. I’m keepin’ it. Played it just before writing this piece in fact. 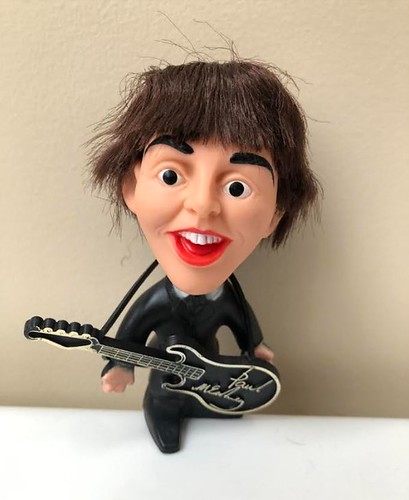 My 1964 birthday gifted me with a couple of bucks. Along with the dimes and quarters from weekly allowances, when they were not withdrawn because of unruly behaviour, the sum was enough to purchase  a piece of Beatle “merch”  – a five-inch plastic Paul McCartney doll holding his guitar and smiling from ear to ear. Little Paul is still with me but eBay ain’t gettin’ him either.

In the late ’60’s, DJ’s on WBZ and other stations asked listeners to call in and vote – Beatles or Dave Clark Five? Beatles or Stones? Beatles or whatchamacallit? I never had the guts to pick up the phone but I belted out my allegiance to my little blue plastic transistor. Never would my loyalty weaken.

Four months passed after Ed’s shows and “A Hard Day’s Night” came to theaters on August 11th 1964. My brother and I had spotted the single for sale at Côté’s Market on Salem Street. We never got a copy but one day, Ma Tante Rita took my brother, a couple of cousins and I to the Route Three Cinema in Chelmsford which had opened for business on June 3rd 1964 (closed in mid-1998, demolished in February 2011 and replaced by a Stop & Shop). We didn’t hear any tunes and didn’t see much of anything that day because of the deafening screaming and carrying on. Years later, my brother and I calmly viewed it. Our voices could no longer break the sound barrier and we enjoyed it completely albeit much too sedately.

So today, on February 9th 2022, more than a half century after Ed Sullivan introduced America to the Beatles, memories flow back like a tidal wave, not one of destruction but one of rejuvenation and envigoration. I think I’ll play a couple of tunes right now in fact! The “little child” within me continues to dance with John, Paul, George and Ringo.

3 Responses to “Little Child Won’t You Dance With Me”