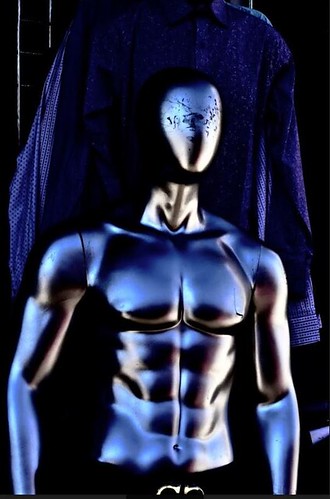 Every January my wife tells me I spend more time writing my list of New Year’s resolutions than I do keeping them. But not this year. 2022 is gonna be different. Okay, some resolutions I’ll probably fail with. Watch TV less, read more. Cut back on the booze. Not sure I’ll learn a foreign language. Or take up the French horn. But the main one—drop some pounds and get in shape—is rock solid gonna happen. Here’s why.

I talked it over with my neighbor Harry yesterday. He’s in sales and marketing.

“Adios, bricks and mortar health clubs,” Harry said. We were sitting on his three-season porch, having a few pops as we watched the game. The Pats were rolling over the Buccaneers. “And gyms? With the banging weights and smelly locker rooms? And these days having to worry someone’s gonna cough on you? Forget all that, Al. It’s history.” He spanked the arm of his recliner. “This is my health club, right here!”

The rolls of flesh under Harry’s chin quivered with his zeal. He was explaining it to me. “And not way in the future I’m talkin’, either. It’s here!” He was excited. We’ve been neighbors for years. A six-pack of IPAs sat on the coffee table. He indicated Tom Brady, who’d just been sacked again. “That’s gonna be me.”

Harry bore about as much resemblance to Tom Brady as a draft horse bore to a Thoroughbred.

“See how he does? When he gets hit? He goes limp, falls down the way a little kid does. No resistance, go with the flow. And he bounces right back, good to go. He’s probably been onto this exercise method for years now.”

I was listening closely for Harry to explain his point. I’m not interested in being an NFL quarterback. I’m a fifty-four-year-old financial services VP with love handles and aspirations for perfecting the imperfect. I crunched a mouthful of pretzels, took a swig of beer.

“I’m using that as a for-instance,” Harry said. Sweat was rolling off his brow. “It’s gonna be no sweat. Literally.”

I found myself picturing those women’s gyms my mom was always joining with her coffee klatch friends back in the day. As if a machine with wooden oars paddling their pudge and the rubber belts jiggling their waists would transform them into fashion models. But Harry was going on about beta waves and electrodes.

“They stimulate portions of, like . . . ” he whirled a chubby hand beside his head. “… the central cortex. You know about that?”

“It controls the muscles—” he clapped his slouched shoulders, spanked his puffy  thighs in the Kelly-green slacks that were pinched into his crotch—“and the body reacts as if it’s under stress.”

I leaned nearer, keenly attentive over the murmur of the football game. “So, what you’re telling me . . . the muscles think they’re getting a workout . . . ”

“Right? You lay there—lie there?—in a comfy chair and punch up a workout on a keypad.” He pantomimed it, poking his palm with a stubby finger. “Today lats, pecs, and whatchamacallit. Tomorrow—glutes, abs . . . whatever.”

“While you’re sitting in the soft chair.”

“Like we’re sitting now. Absolutely. Or anywhere. You could be in a hammock hanging in the breeze. Could be in bed with my wife. Me, I’m talking, not you.”

“Could it be while having a beer?”

“Actually, yeah. It’s amazing, Al. The machine and the brain. They’re doing the work. Takes you right out of the equation.” He dusted his palms. “Voila.”

“I tried it. Just the once, but ask me how I felt afterwards.”

“How’d you feel, Harry? After the electrodes and stuff?”

“Like megabucks. Energy, vigor. And I didn’t even break a sweat. I’m thinking of investing in the company.”

The fitness revolution of the future was here. Do it at home, no drugs or costly supplements. Take the work out of workout. And he went on with evangelical fire for another few sets of downs.

I beamed back. “It’s really gonna be something, Harry. I’ll be the shredded guy eating ice cream on the sofa.”

But I wasn’t laughing. I was picturing it. Posing in my mind. Double arm flex. Six-pack abs. No snark from my wife. A brand new me for the new year.

“You ready?” Harry tugged another two beers from the plastic ring and popped them open.