This week Trasna is pleased to present the work of Theresa Jones, whose writing frequently focuses on place, location and dislocation. We open with her reading of her poem, “Bridget or Pat”, which treats of the challenges of her mother’s identity as an immigrant to the UK, and raises the question of who has the power to name. We follow with her essay on the “Nanny Water Cottage”, a distinctive coastal landmark in Co. Meath. The essay expands on the social and cultural development of this small east coast community, influenced by the development of rail travel in the late 1800s, and also the unusual sport of horse-racing on the strand at Laytown, a tradition dating from 1868.

Let me naturalise you. What’s your name?

We have enough ‘Bridgets’ here.

You can be Pat.

Pat became your name until the end.

Disagreements could lead to isolation.

A shrug, why wouldn’t you be a Pat?

Take away who you are. Take your identity.

Your past. Your land.

Or move away. Reinvent. Begin again.

Pat in England; Bridget in Ireland.

You became who you wished to be.

A change of name.

Insult or an opportunity?

The answer, whoever you prefer to be.

Let it be your choice.

their name may be all they have left.

I first saw the Nanny Water cottage, Laytown, in east Co. Meath thirty years ago while on a visit to family. This iconic cottage epitomised the romantic dream of Ireland. When viewed from Laytown Beach, the cottage seemed wild, isolated. It was as much of the sea, as it was tenuously attached to the land. The white walls absorbed the constant spray, while it snuggled beneath the brown thatch into the rocks that protected it from the waves. The blue painted doors and windows provided unobstructed views of the sea. It is living history, over 200 years old. The cottage appeared to me, a sentinel, facing out to sea, a watcher on the shore. 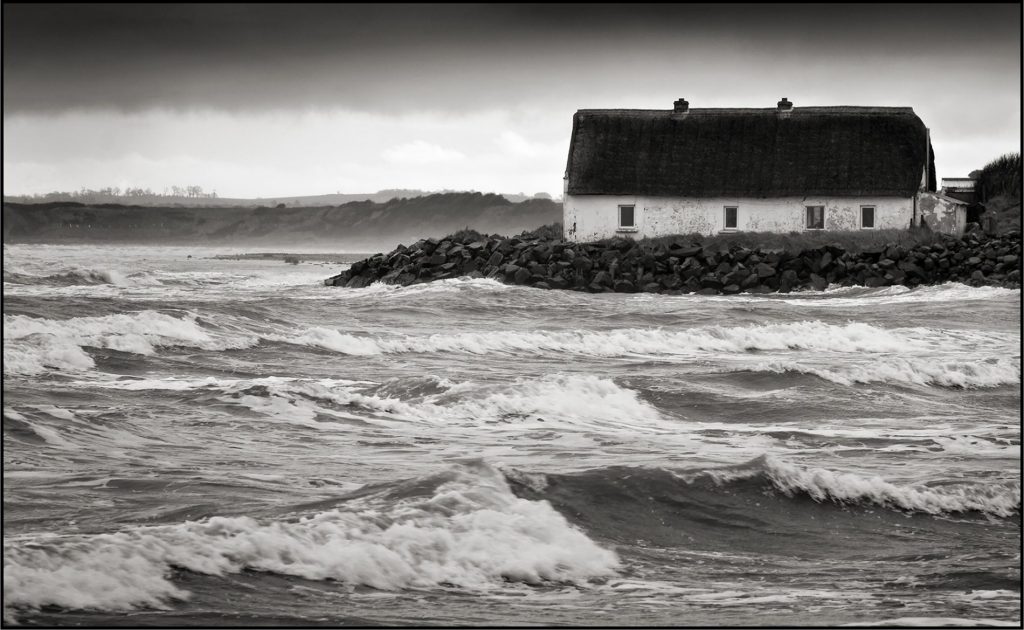 The cottage continues to draw me, I have long wanted to spend time in this cottage, to gaze out to sea. Inside, it must feel as though you are amongst the waves. Yet you remain protected, warm and safe.

The Nanny cottage began life as a Coast Guard station built at the mouth of the River Nanny in the 1800s. The prominent location between the river and the sea was key for the control of smuggling as the river offered a quick route in land. The River Nanny is a tidal estuary, it boasted mullet, trout, eels, gobies and flounder, however not Salmon as it was said that St Patrick banished the Salmon from the Nanny. It was one of several cottages built for boatmen and their families.

During its life as a Coast Guard station, it was witness and saviour to the sinking Wellington, a “smack” from Skerries that upset during a heavy westerly gale on 31st March 1831. The vessel was laden with potatoes from Lock Ryen. The report in the Evening Freeman reports that the coast guard, at great peril to their own lives managed to rescue two of the crew, who were clinging to the top mast. However, the remaining crew of the Wellington, including the skipper were lost, swept overboard and drowned.

In 1834, a man and a young girl attempted the crossing of the River Nanny in a horse and cart before the tide had ebbed fully. They got into difficulties, the current carried them into deep water. The young girl was swept away, the man was almost drowned. They were both rescued by the coast guard, the man was carried to the watch-house, where they rubbed his body with spirits, applied hot water in jars and kept him warm until he recovered. The poor horse was not so lucky.

In June 1871, the Coast Guard station was moved from the Corballis townland to another location in Laytown. After this, the cottage became a rented accommodation for “respectable sea-bathers” from Dublin. The advent of the railway station in Laytown, deposited hordes of visitors on the Sunday trains. It became a fashionable venue to take the sea air. The long sandy beach provided a welcome haven for city dwellers to spend their time off. 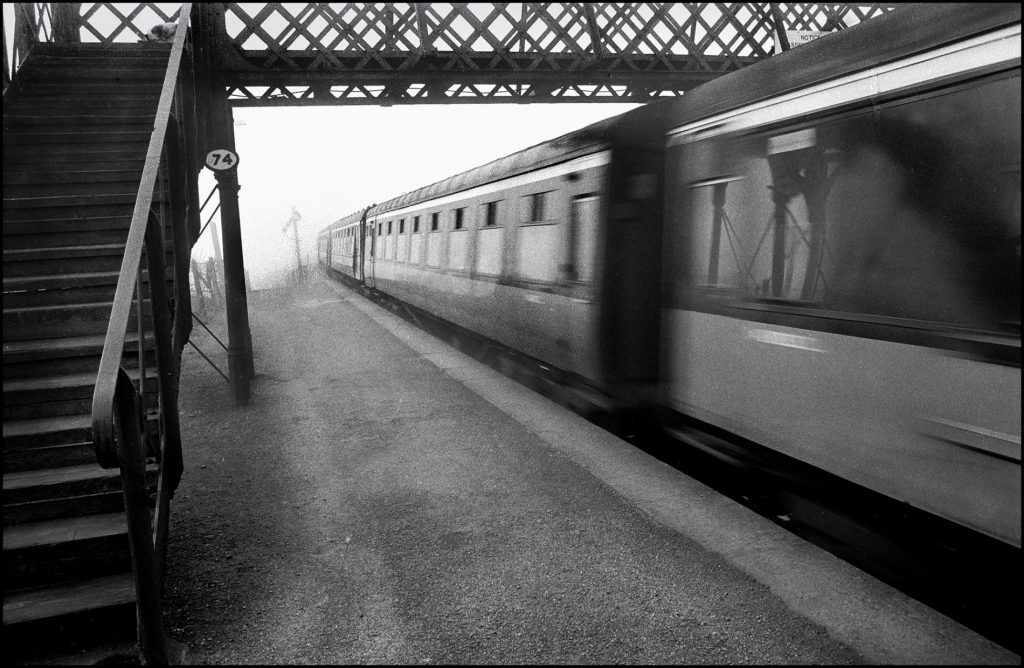 It saw the first recorded race meeting of the “famous” Laytown Strand Races in 1868. The races take place along the 3 mile golden strand when the tide goes out. Originally, the races were held in conjunction with the rowing competitions of the Boyne Regatta. The whole beach came alive, a festival of race-goers, bookies, ice-cream stands, hurdy gurdies. In the 1990’s, the crowds could reach past 10,000 attendees. 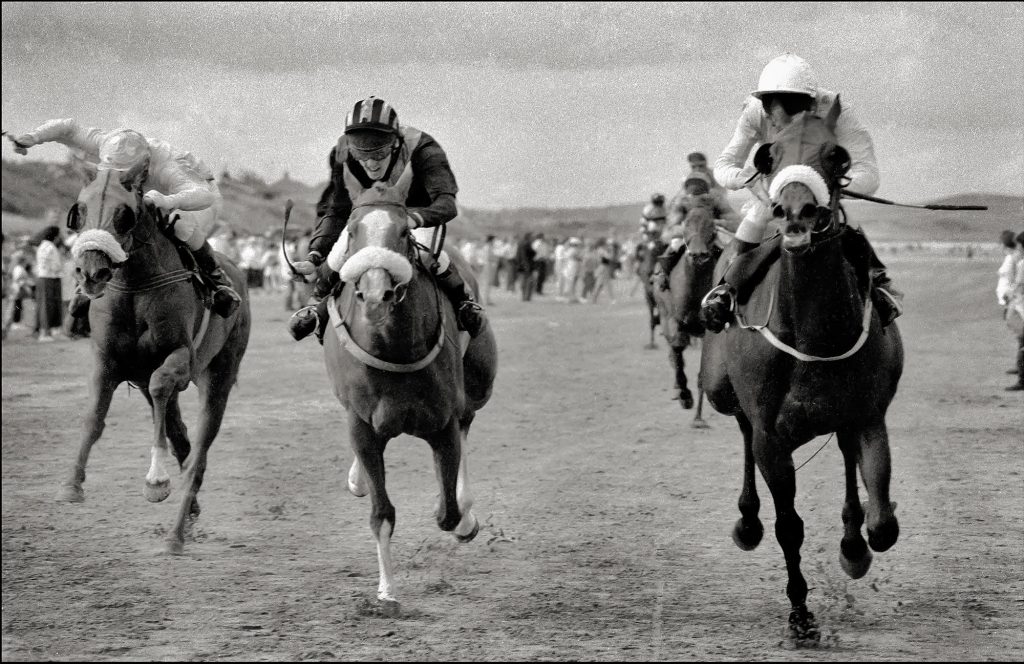 Now, the Nanny Water cottage is possibly one of the most photographed cottages in Ireland. It stands proud and a little aloof from the land. Hopefully, it will remain for a long time to come, resistant to the passing of time, a watcher on the shore. 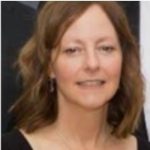 Theresa Jones lives near the Comeragh Mountains, Ireland, but is originally from South London. She is an active member of the Poetry Plus writing group, Carrick-on-Suir.

Theresa finds poetry is a way of fondly remembering childhood people and places; it allows you to slay your dragons and subdues crushing anxiety.

Theresa has had two radio pieces published, (Jun 2020) Women’s Bits, KCLR with a memoir of Christchurch Road, this series won a Bronze Award in the IMRO Radio Awards 2020; and as non-fiction winner of the Write by the Sea competition for Nanny Water Cottage, RTE Seascapes (Feb 2018). Theresa recently published her first collection of poetry – Servant of Time, available on www.amazon.com