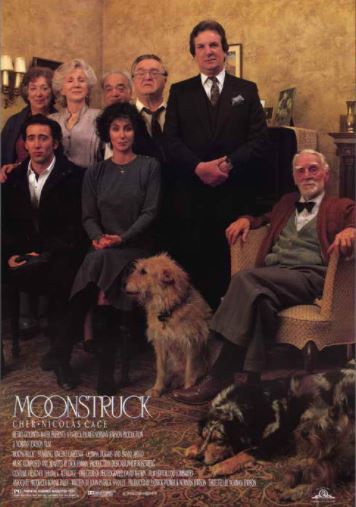 The recent death of Academy Award winning and Lowell-born actor Olympia Dukakis at age 89 got me thinking about Lowell’s contributions to American movies and television. There are many.

Dukakis, the cousin of former Massachusetts governor Mike Dukakis, was born in Lowell in 1931. Her parents, Constantine and Alexandra (Christos) Dukakis, were both Greek immigrants who had come to the U.S. in 1910 (mother) and 1916 (father). Mr. Dukakis had a number of occupations. When he first arrived in Lowell he worked for a munitions manufacturer and then a printer. Eventually he became a lawyer with a general practice. During the Great Depression, he worked other jobs including as a teacher at St. George’s Greek school. Several Lowell Sun articles from that time report on Christmas pageants and other school shows that were directed by Mr. Dukakis so Olympia must have had early exposure to the stage and performance within her own home.

Olympia graduated from Boston University with a degree in physical therapy then travelled around the country helping to treat polio victims. She then returned to Massachusetts and B.U. to study theater. Dukakis got her start on the stage and returned to the theater throughout her career. But her stage career led to numerous roles in movies and on TV, the most famous of which may have been her performance in “Moonstruck” (1987) for which she won the Best Supporting Actress Oscar.

Here’s a rundown of other TV and film actors with roots in Lowell:

Bette Davis (1908-1989) was born in Lowell and lived on Chestnut Street in the Highlands. When Davis was seven, her parents separated, and she moved with her mother to New York City. After attending several boarding schools, she got her start as an actor on Broadway but moved to Hollywood in 1930 at age 22. There she appeared in countless films, was nominated for ten Academy Awards, and won two (for Dangerous in 1935 and Jezebel in 1938).

Michael Chiklis (born 1963) is perhaps best known for his starring role in the FX police drama the Shield, a role for which Chiklis won an Emmy in 2002. He has also starred in the ABC police drama The Commish and a number of other TV series. He has starred in several movies, most notably playing Curly Howard in the 2000 movie The Three Stooges. Although he was born in Lowell he grew up in Andover and graduated from Boston University.

Robert Tessier (1934-1990) was born in Lowell and served in the United States Army during the Korean War where he was awarded the Silver Star and a Purple Heart. After the military, he worked as a motorcycle stunt rider which landed him his first movie role in the Tom Laughlin film, Born Losers. Perhaps Tessier’s most memorable role was as a football-playing convict in the original The Longest Yard move. Through his career, he appeared in nearly 50 movies and almost as many TV shows.

Ed McMahon (1923-2009) was born in Detroit but raised in Lowell. He graduated from Lowell High School, and got his first broadcasting job at WLLH radio. He also flew 85 combat missions as a Marine pilot during the Korean War. Best known as Johnny Carson’s sidekick on The Tonight Show and as a TV gameshow host, McMahon also acted in several movies and TV shows.

Michael George Ansara (1922-2013) was born in Syria but grew up in Lowell and then moved to California where he became an actor. After serving in the Army during World War II, Ansara appeared in many television shows with a breakout role as the star of the series Cochise. Throughout his career, he appeared in nearly 100 films and at least that many television shows. He received a star on the Hollywood Walk of Fame for his work in television.

Mark Goddard (born 1936) was born in Lowell but raised in Scituate, Massachusetts. He is best known for his role as Major Don West in the late-1960s CBS series Lost in Space. He later played a police officer in the series The Detectives. Goddard eventually left acting and became a special education teacher in Massachusetts.

Dean Tavoularis (born 1932) was born in Pawtucketville where his Greek immigrant parents rented from the parents of former Lowell School Superintendent George Tsapatsaris. When Dean was still young, his family moved to Los Angelos where he studied architecture and art. His first job was in the animation department at Disney Studios but he was soon hired to be the artistic director of the movie Bonnie and Clyde (1967). Through the years, he has been the production designer on countless major films including several directed by Francis Ford Coppola including the Godfather and Apocalypse Now. He has been nominated for Academy Awards five times and won the Oscar in 1974 for Best Art Direction for Godfather Part II.

Jack Neary would likely respond to the question, where were you born, by answering, “Sacred Heart” but that’s part of Lowell and so is Jack. Best known for his local and regional playwriting, producing, and acting, Jack has appeared in a number of films including The Town (2011) and Black Mass (2015). He has also appeared in the TV programs Spenser for Hire, Law and Order and Brotherhood.

Maryann Plunkett is a Tony Award winning Broadway actress from Lowell. She has appeared in several feature films (Claire Dolan and The Company Men) and has guest starred on numerous TV shows including Matlock, L.A. Law, Murder She Wrote, Miami Vice, Star Trek: The Next Generation, and Law & Order.

Mickey O’Keefe retired as a Lowell police sergeant but also had a lifelong passion for boxing which brought him into contact with Micky Ward and Dicky Ecklund. When the Academy Award biopic about Ward (The Fighter) came to Lowell to film, O’Keefe ended up playing himself in the movie and had extensive time on the screen.

James Patrick Hogan (1890-1943) was born in Lowell and became a prolific Hollywood director, specializing in inexpensive “B” pictures including several “Bulldog Drummond” and “Ellery Queen” movies. Hogan is credited with directing 61 films, writing 7 more, producing 3, and acting in 5.

Nancy Kelly (1921-1995) was born in Lowell and became a child actor and model, appearing in several films before she turned 10 years old. In her teens, she became a glamorous leading lady playing opposite actors such as Tyrone Power, Henry Fonda and Spencer Tracy. She won a Tony Award in 1955 and was nominated for an Oscar in 1956.

6 Responses to Lowell Goes to Hollywood