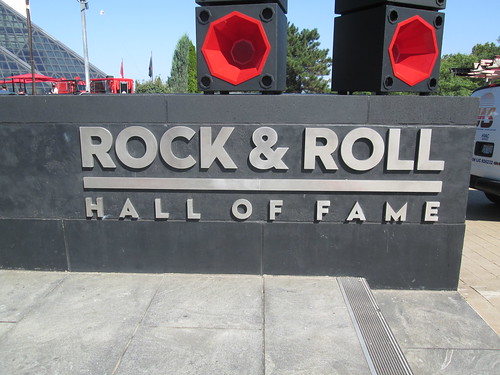 The Band that Never Got out of My Basement

Like everyone, I was in a band once. Before guitars, drums, and keyboards replaced the accordion, bongos, and the ocarina as the staple instruments of rock-‘n’-roll. I was fourteen.

The band was me (Manny LaPlante), my big brother Phil, Mousey Medeiros, a kid from Sacred Heart High across town who had an electric ukulele and amp, and our neighbor Leon Pearl, a good-looking sophomore with a girlfriend in art school.

Because Phil and I started the band and wrote the songs, we were the leaders by default. He played accordion and sang lead, Leon played bass and looked good, Mousey played ukulele, and I wailed on bongos and sang harmony. We called ourselves Sherlock and the Clues. Leon Pearl’s girlfriend designed our logo: a big Interrobang, which was then enjoying its brief season in the punctuation sun. As to which of us was Sherlock, me and Phil had an on-going dispute over that.

Days after school, we’d rehearse in our basement, and we got to where we sounded halfway okay. We had some far-out musical ideas for when we might eventually record. Like layering in backing tracks of glockenspiel and marimba were two—which would’ve made for some kickass jams. Phil and I were always looking for ways to introduce a banjo or an alpenhorn or whatever, and to make a virtue of not having drums. We were determined not to let the Bay City Rollers be the final word on rock-‘n’-roll.

But that’s the stuff dreams are made on. Things started to fall apart when Mousey plugged in his amp one time just as the sump pump kicked on (we always had water in our basement when it rained) and he got knocked on his ass. His mom made him quit the band. Then Leon got in a stupid car crash and put his head through the windshield. With his face a spider web of stitches he worried that it’d scar and, once we started gigging, he’d miss out on the groupies—part of which came true. “You look like Frankenstein in a picture painted by Picasso,” his girlfriend said when she dropped him.

Phil and I carried on, but without the team some of the old glamour and artistic grit were gone. We talked about recruiting new members, maybe adding our sister as a singer, but she’s tone deaf, and then Phil graduated and decided to go in with our dad in opening a Yugo dealership, which left exactly me to boogie down. Okay, it settled finally who Sherlock was, but one person does not make a band.

Meanwhile, back in the future, I wax nostalgic sometimes and can almost hear the smokin’ hot tracks we might’ve laid down had we kept it together: albums as timeless as Revolver and Dark Side of the Moon and What’s Going On. Our own display in the Rock Hall overlooking Lake Eire in Cleveland. But then I remind myself that I have a good life here where the Merrimack River flows on like time.

I’ve got a wonderful wife and kids and I’m an assistant professor at the local university. Granted, I haven’t sung or tapped a bongo in years, but I’ve adjusted my ambitions and made peace. When one or another of my English department colleagues reveals to me (as they all seem to, eventually) that he or she has a manuscript of poems tucked in a desk drawer or half a novel in progress, I never show anything but interest.

“Yep,” they’ll tell me, “one of these days I’m going to do something with it, Manny.”

I give an encouraging thumbs up. “I’ll say I knew you when.”