Here’s an essay from Henri Marchand from just-before the 2008 Presidential Election. It was done for the UMass Lowell “Sunrise” radio program. 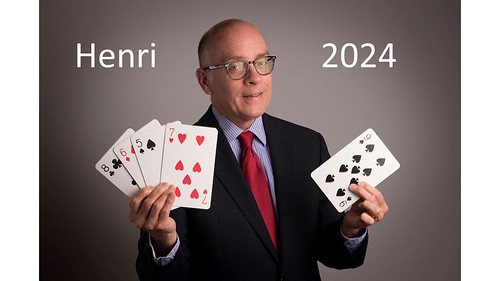 It Could Be Worse

I wrote the following essay in 2008 for the Sunrise radio program as the nation faced a landmark election during a time of economic upheaval and international crises.  In hindsight it seems like quaint political times.  It was Obama/Biden versus McCain/Palin.  Much has changed.  Much has not.  We have heard endlessly about the consequences of this year’s decision and the perils of casting the wrong vote.  The risks that our votes may not even be counted.  The polarizing divisions and the chaos that may follow any outcome.  I write not to tip my hand as to my position or my vote but as a warning and, I hope, as a comforting if not fully calming message.  Because now, as in 2008, the choice could be worse.

Tomorrow is Election Day.  Finally, the day we’ve all been waiting for.  Tomorrow we go to the polls and put an end to this grueling election marathon.  We’ll all join Joe the plumber and Joe six-pack, frisky hockey moms and pesky eastern elites, the self-righteous right and the loony left in exercising our right to choose.  The undecideds will finally decide and the nation will bring a merciful end to this endless campaign.  Thank God!  This has been a particularly bloody gladiatorial contest and whoever gets the thumbs up or thumbs down should be grateful it’s finally over.

But, it could be worse.  Much worse.  I could be running for president.  Anyone can.  Well, any native born American over 35 with a heartbeat.  Isn’t that what we were all taught in school?  Isn’t that what Alfalfa’s well-meaning teacher told him in an episode of “The Little Rascals”?  She was trying to get him to attend school and do well, so she may have suggested that education was a pre-requisite.  But it’s not.  Anyone can run.

Being able to run is one thing, being capable of governing quite another.  Since the start of the primary season, there has been a lot of debate on what passes for qualifications, on who is better qualified, who has experience, who is ready to make the tough decisions from “day one” and in the middle of the night.

There are no qualifications, no specific job experiences required.  The truth is you don’t need a degree or any experience.  Thirty-five and native born.  That’s pretty much it.  Well, except for the ability to raise zillions of dollars.  Intelligence doesn’t hurt nor does ambition by the shipload just a canoe shy of overweening.  There’s a certain temperament that’s helpful, a certain ability to smile and speak well and avoid saying a whole lot that could be spun into a noose.  An ability to be decisive and not sweat the small stuff like really big budget deficits and questionable interrogation techniques also helps.

On just about every count I’d probably be a very bad president.  Not that I’d want the job any more than I wanted to umpire little league games.  When no one else volunteered, the coaches drafted me as their unanimous choice, dragged me kicking and screaming to the plate.  No one else available they said.  You get what you pay for I replied, staring at the stands full of temporarily deaf family fans.  Not a one wanted to be president, uh, umpire, but I knew they were waiting to pounce on my first call.  Didn’t matter if it was a ball or a strike, half would be calling me names and quickly spreading rumors about my eyesight and judgement.  So I took my time.  Figured they would appreciate my cautious decision-making process.  Clearly contemplation is an under-appreciated quality among little league parents.  Probably not so good in big league politics and international crises either.

The country wouldn’t want me in control of that highly classified briefcase with the red button, or whatever gadget they have now that can start the end the world.  Probably a super smart phone these days.  Lots of tempting touch buttons, digital displays, beeps and ring tones.  Curiosity alone would get me, and the rest of us, in big trouble.  I just couldn’t resist checking it out, tapping a few buttons, just because someone told me not to except under special circumstances.  I’d look at the tiny keyboard and cute digital readouts and think, “I can program this baby!”  Next thing you know the current financial crisis wouldn’t seem so bad after all.

Speaking of the financial crisis, there’s another issue I shouldn’t have to deal with.  The best and brightest got us into this mess and everyone would be looking to me as president to get us out.  The folks on the right would scream less regulation.  The folks on the left would scream more regulation.  Everyone would say “gimme.”  I’d ask my friend Bob the fix-it man for his advice and he’d say f*&@% it!  I’d take his advice and sneak off to the White House kitchen while everyone was arguing and politely ask the chef for some nice comfort food.

Sometimes presidents have to be cheerleaders and say nice, warm, reassuring things during tough economic times.  President Roosevelt had some heartening fireside chats during the depression.  President Carter looked comfortable and comforting in a sweater telling us to lower our thermostats during the energy crisis.  Poor President Ford tried but struggled with his “Whip Inflation Now” button campaign.  And President Bush first tried to convince us that it was our patriotic duty to shop and more recently tried to reassure the stock markets and cheer us on to a recovery but that hasn’t worked out so well.

So tomorrow, go to the polls happy for the right to vote, thankful that it will soon be over and remember, it could be so much worse.  I’m over 35, native born and have a heartbeat.  I could be your next president.