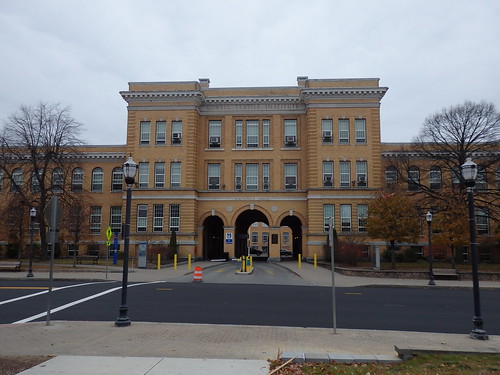 Still Learning After All These Years

It was the last day of August when I began to write this essay, Labor Day when I finished.  In my mind Labor Day weekend always meant the end of summer vacation and September first the start of fall even though astronomically there are still three weeks of summer.  As the final days of August rushed by and the unmistakable signs of the seasonal change began—touches of red and yellow on stressed trees, ferns fading tan and brown along backroads, a clearer cast of light and that first fifty degree night—my thoughts turned to a new season and the return to school.  With the quickening loss of timeless summer days, mid-August always felt bittersweet.  There were the usual back to school anxieties but also anticipation at the start of a new school year, a season of new beginnings, possibilities and discoveries.  Over the years anxieties faded and I looked forward to the first days of classes even as my academic journey took unexpected turns.

This year, the start of school for many will include unexpected challenges, the actual first day uncertain, online or in school classes confusing and the physical cues of commuters, busses and school sports events virtually non-existent.  But still, a new season of renewal has arrived.

My family lived close to what is now UMass Lowell’s North Campus in what we referred to in that Lowellian way, as the “Olney House”.  It was a large Colonial Victorian, home, from 1906 to 1949, to Louis Olney and his family.  Olney was a Lowell Textile School professor and chair of the Dyeing Department.

My parents bought the house in 1953 and with the annual return of Tech students over the years there was a rhythm that started Labor Day weekend even before I began Kindergarten.  Like a number of our neighbors, my parents rented rooms to Lowell Technological Institute (LTI) students as the school had limited dorm space.  It was primarily a commuter school and come September students’ cars lined the streets under falling leaves.  Most of our boarders over the years were engineering majors whose mysterious slide rules fascinated me even if I had no clue as to how they worked.

I cried my first day of Kindergarten at Ste Jeanne d’Arc School and recall getting my knuckles rapped for beginning to color in an image of the Virgin Mary before being told to start.  I thought I was showing initiative.  Over the years I made the annual pilgrimage downtown to the Five and Dime to renew school supplies—new pencils and pencil cases, erasers (a key item in my case), pens, a ruler, composition books, and a book bag.  I wasn’t the brightest of students when it came to math or science but enjoyed English and geography classes and once-a-week art time.  I excelled at daydreaming.  Despite some tardy assignments and suggestions that I might have to attend summer school, I managed to graduate on time.

Like my brother and sister before me, from SJA my educational path led to St. Joseph’s High School.  Following one final care-free summer, my friends and I began the daily walk over the Textile Memorial Bridge to St. Joe’s on Merrimack Street.  It was a new beginning, no longer the short walk to the neighborhood parish school but now a “pan-Lowell” school with, mostly, students from all of Lowell’s neighborhoods and Catholic parishes.

It wasn’t long before we settled into the new routines of high school.  There were morning handball games in the school yard, lunchtime volleyball games in the undersized basement gym, Saturday night dances and assemblies in the adjacent parish hall and boys and girls JV and varsity basketball games.

We now a mix of religious and lay teachers who brought new perspectives to learning.  Lay teachers ran the gamut of approaches from tough to hip.  Some of the nuns, no longer in full-body black habits, also seemed to be a bit “cooler” than those we had left behind in grammar school.  There were lively discussions and debates on the issues of the day in history and religion classes.  Being the late 60s there was plenty to talk about.

Mr. Barrett, our neatly attired sophomore home room teacher, taught history and gave us regular reports on local politics as he was a member of the Lowell Charter Commission.  The day after a Commission meeting would begin with his providing us with a report on the “circus” as he called it.  Mr. Kamiens, sporting an afro and disheveled tweeds, had us analyzing folk and rock lyrics for their deep, poetic meanings.  Sr. Therese organized an after school Great Books Discussion Program to read and discuss works by Boccaccio, Irving, Poe and Carroll among others.  I still have the boxed set.  Sr. Pauline taught us math and post-Vatican II religion with patience and humor while Coach Gregoire taught the fundamentals of basketball and how to win or lose with dignity.  And all too quickly it seemed, another educational season came to an end and the new school year would bring me closer to home.

Living just a block from LTI (now UML’s North Campus) and having several high school friends attend our “neighborhood” college, it just seemed the right and easy next step.  Perhaps too easy but the $200 tuition was a selling point.  But before I could officially begin in September, I was required to take those summer classes I had dodged earlier.  My new season of educational renewal began with July and August classes just up the street in Ball Hall.  I could understand the “catch-up” math class but was miffed about the English requirement.

To my surprise, I enjoyed them both.  Likely this was due to Professors Shapiro (math) and Hersey (English) who made the quadratic equation less confusing and literary readings and the study of sentence structures intriguing.  I anticipated the fall semester with new hope but again struggled with algebra and accounting along with economics and physical sciences.  Pretty much my core subjects, so by the end of the year I decided to give education a rest, at least in the formal, traditional sense.  As I recall, LTI officials did not disagree too much.

I came to realize that for me, liberal arts were a better fit.  Over the next several years, I returned to LTI’s night school working through a series of social science and humanities courses, hoping to cobble them into an English or History degree.  Septembers again held the promise of renewal.  After a few years, I had taken just about all the liberal arts courses offered (mainly as electives to the science and business programs).

I cast about for a new approach to complete my post-secondary paper chase.  Somehow I came across information on a theater training school in Boston (this was before the Internet and oh-so-easy search engines) and thinking the study of dramatic arts would be helpful to my magic performance hobby, enrolled.  Commuting to the American Center for Performing and Creative Arts first on Tremont Street then Lansdowne for the next two years helped some with stage presence but the classes in drama, playwriting and a Eugene O’Neill seminar helped me discover new interests and determine a new direction.  I also acquired an understanding of how to drive in Boston and how to shuttle my car between time-limited meters between classes.

In the early 80s I began taking classes at the Harvard Extension School and for eight years commuted to Cambridge after work.  The course catalog arrived in mid-summer and after selecting my courses, I looked forward more than ever to September’s return.  Harvard Square had not yet been redeveloped with chain stores and eateries, the COOP still had a vast vinyl department and street performers of every type took over after dark.  The coffee shops kept me awake for the drive home and I spent almost as much time flipping through the record bins as I did the libraries’ card catalogs.   I discovered the intricate structures beneath a short story’s surface.  I was introduced to non-fiction and the works of Didion, McPhee, Rhodes, West, Kramer and Kidder.  There was even time for a couple of practical public management classes.   My natural sciences requirement was satisfied by taking a history of science elective where I met the giants who challenged superstition and Church doctrine over the centuries.  After what seemed like centuries I finally earned my bachelor’s degree in liberal arts.  I toyed with the idea of pursuing a master’s and took one graduate course but after almost twenty years of school cycles, I realized that seeing my children off to school after Labor Day and watching them grow through their own educational journey would be in many ways more rewarding and continue to rekindle the post-Labor Day vision of new beginnings.

Our three children remained local for their primary and secondary education, graduating from SJA and Lowell High School.  Each pursued their unique interests and chose very different college experiences.  Given my extended academic route, we quietly encouraged completion of their college education within the more traditional four-year time frame.

Our daughter attended college in Elmira, New York, majoring in English.  The six-hour journeys along the Mass Pike and through Leatherstocking country for September drop-offs, October homecoming weekends, cheering competitions, holiday pick-ups and spring returns became new school year traditions.  Our first son went to MassArt, a shorter ride for drop-off and pickup and a completely different campus setting.  Instead of cheering events our visits included school art exhibits and Boston day trips.  Our third child chose UMass Lowell.  We still lived within a few blocks of North Campus, eliminating the need for parental shuttles but now we travelled to crew events.  Regattas, from the Merrimack to the Charles to the Schuylkill marked our fall and spring seasons.  All became school year rituals that began as summer waned and Labor Day approached.  And all, in hindsight and like a perfect spring season, passed too quickly.

Now that I’m retired, I thought I might return to school to take those subjects and courses I had hoped to explore but had to leave behind.  With the pandemic dictating mostly remote learning however, online just wouldn’t hold my attention or have the lure of classroom interaction and I likely would fall back to my distracted elementary ways.  Maybe when the pandemic is a bad memory.

Until then, a new school season is upon us and a new generation about to continue their own journey.   Soon I’ll take on the role of “teacher” for my grandchildren one day a week as their school is going to a hybrid at-home/in-school schedule.  It will be a challenge going from Pepère to substitute teacher role to help keep them on track for their first and third grade online tasks but I look forward to encouraging their curiosities and talents and helping them develop an eagerness for learning and for all the educational seasons still ahead of them.  And to having them teach me something new I may have missed over the years.

2 Responses to Still Learning After All These Years