For the month of July, here on Trasna, we will be highlighting some of the literary and artistic events cancelled because of the COVID-19 pandemic. Featured this week is the West Cork Literary Festival, an annual, weeklong celebration of writing workshops offered by some of the finest Irish and international writers. This year’s festival was scheduled to begin today, July 10th. Many of the varied workshops are now offered online.

Among this year’s talented, festival writers is Elizabeth Rose Murray.  She is currently co-presenting a weeklong workshop for teenage writers from her home in west Cork. Her debut novel, The Book of Learning – Nine Lives Trilogy 1, was chosen as the 2016 Dublin UNESCO City of Literature Citywide. The novel features Ebony Smart, a twelve year-old girl who discovers she is part of a special tribe of reincarnated people – and a terrible curse. It is currently being made into a film. In addition to her four YA novels, Murray also writes poetry and essays. Trasna is please to present two of her essays, and the following poem. Murray is a writer whose words “burn bright and linger.”

We laughed at the fainting goats, like they were stupid,

These evolutionary failures who, with a single snap of hands

or crack of twig underfoot, would seize, tumble, and lie

My sister told me about her pet goat, that walked her

to school and found her in lanes and waysides. She loved

that goat. Took it on picnics. Once, accidentally fed it

sandwiches of rhododendron, that made it froth and die.

We didn’t laugh at that and my sister shed a tear. Turning

back to the fainting goats, we kept our hands and feet stilled, let

the animals skip and noise and chew. If I had known how, I would

have held my sister’s hand, erased the poison from her fingers. 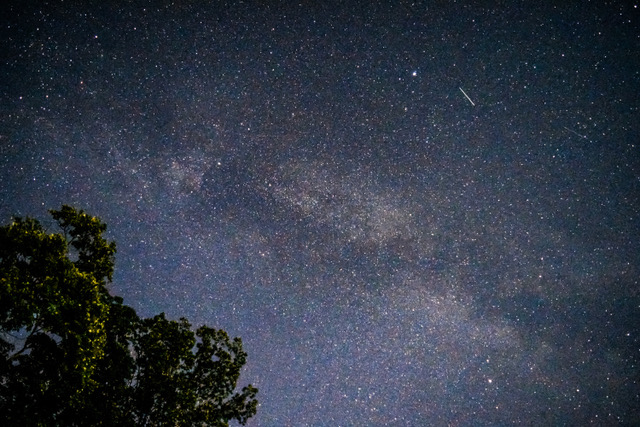 I Think of Grief as a Dying Star

A star collapses when its fuel is used up, and so does the human heart. Not only in the physical sense, but also the nebular, nuclear stuff that we attribute to that particular organ. Grief can manifest in many forms, but it is always ascribed to loss; of a person, self-respect, hope, dreaming. We can grieve many things, and often do, but we tend to pack it deep inside as though always ready to move on, without experiencing any impact.

But the truth is, most stars take a million years to die, and in the same way grief will linger. From months to years to generations; grief can pass down through blood, song, and stories, an intuitive memory that weaves into century after century. War, colonisation; these are difficult griefs to forget. I was born in England and feel its terrible past keenly; I know I will apologise for its history until I die.

If you take a photo of a galaxy 100 million light years away, you are recording that galaxy as it looked 100 million years ago. Likewise, when someone dies, we time travel. Whoever dies, we seek a return to their best selves, even if it means delving back decades. It is important for us to care if we are to grieve, even when the person has done terrible things. It is a positive trait of the human condition.

Yet we also have the power to grieve a person long before their death, if they injured our heart deeply enough. This means we can experience loss without additional pain. People who are meant to be close to us may die, without that death impacting us in the way society expects. It is entirely possible, for instance, to not attend your parents’ funerals and to do this without anger or enmity. Which in many ways, may be the saddest grief of all.

My father was absent during my childhood, until I met him aged thirteen. He died after a few visits, yet I celebrated that we had actually gathered a few precious memories. His absence felt no different than before. My mother was violent and tyrannical, and I had finished mourning the absence of her love by the end of my teenage years. When she died, I felt only relief and empathy – she had finally left a life that she always seemed to despise. I wonder if I am capable of grieving? Or if, unknown to me, I am grieving still?

By the time we see another person’s grief, we witness only the tip, a glimmer of its true depth. And in that glimmer, we see a hint of ourselves. Grief is dealing with phantoms in all their forms. And just as we tend to forget to acknowledge the stars as we go about our daily lives, we live as though we, and everyone we love, is invincible. As though the one true fact of our lives – our death – does not apply.

Humans and stars are dying all the time. When we look at stars with the naked eye, they have already gone, and we are seeing an illusion; a ghost of their greatness. If you crashed a spaceship into a star tomorrow, you’d be long forgotten before it was even discovered. A buried piece of history. Like the ruins that litter landscapes, your successes and struggles and woes reduced to rubble and dust. The leftover glimpse of a star.

Now, don’t be sad about all this death, because people and stars are being born all the time – even if we won’t see them in our lifetime. It is in our nature to worry about what will happen to the world when we’re gone, but death does not have a definitive end. There is always a legacy, though it may exist in a different galaxy. Whether our life (and death) affects one person or thousands, our example can burn bright and linger, falling as a phantom star, ready to be captured in the hearts of future generations even a million light years away. 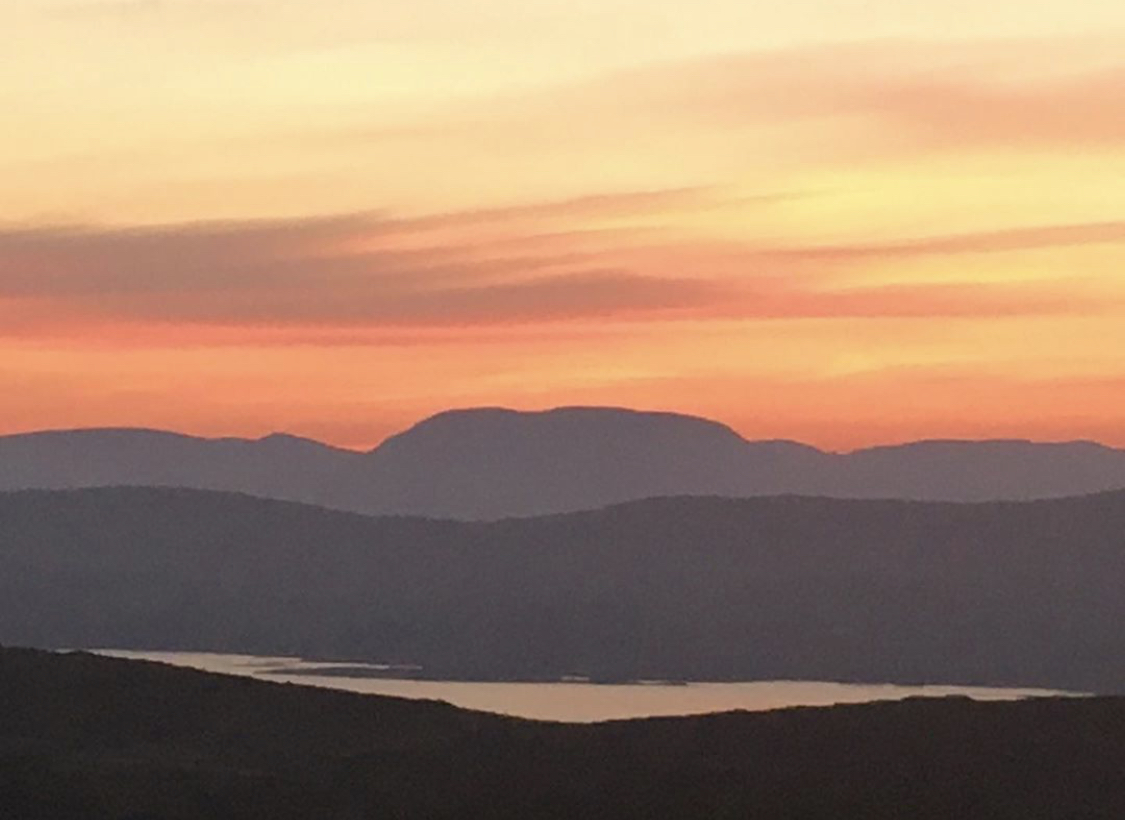 Maps have always meant possibility, to me, rather than boundaries and borders. As a child, I would read Atlases the same way I read novels, deciphering the contours and keys, imagining the lives and experiences within those tiny demarcated areas, the colours, smells, tastes. The desire for travel was innate even then, and to this day, creates a physical reaction. Staying in one spot for too long feels like a physical constraint on my gut, my feet, my soul.

Change and adventure motivate me. New experiences and risk bring comfort and joy. Some say this is because my father was Romany gypsy, but I didn’t grow up with him or experience any Romany traditions in childhood, though I would have liked to. Some say this nomadic spirit is in my blood; I don’t know what to make of that because I’m a strong believer in hard work and making our own destiny, yet I acknowledge that many things are mapped out for us. Genetics, for instance, cultural histories, societal pressures, childhood trauma. I also believe that our experiences leave an imprint, mapping the next moment from what came before.

I am sitting across from Long Island, West Cork, where my husband proposed with a treasure map. We’d been together for less than a year when we took the punt across. My husband had a huge bag of secrets with him, which he often does because he’s creative and curious, so I took no notice when he asked me to sit and wait for his return. I wrote, I read, and one hour later, he brought me a hand-drawn treasure map and a rusty trowel and told me to dig.

I may have read maps a lot as a child, but in an aesthetic way; practically, I’m a bit useless. Google maps confuses me. So, as I followed the instructions, my husband’s head would pop up on occasion, shouting, ‘you’re going the wrong way.’ Often, when someone tells me that, I’m actually just taking a path they fear. Thankfully, that was not the case in this instance.

Eventually, I dug up three bottles containing letters that I could only read once they were all found. The letters were full of love and sentiment, and the third one ended on ‘X marks the spot’. I found the X – two pieces of wood, criss-crossed – dug deep, and uncovered a ring box containing shells and the message: Will you marry me?

As I ran to where my husband was cowering behind a rock, he suddenly panicked that he hadn’t made enough effort because there were no flowers, so he wrenched up a huge handful of sea-pinks, roots and all, which collided with my face and trapped sand in my contact lenses.

During lockdown, my biggest challenge is the impact of being static. All the maps I’ve made, all the successes I’ve had, were built on risk and change and new experience. But as I sit here, across from Long island, West Cork, I think to myself – I might not know what to make of my gypsy blood, my need for movement, my incessant drive, but this is a change too, this stillness, this pause. This moment will lead to another and afterwards, a new map will be made, and new roads will open. 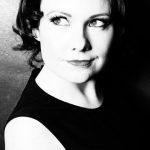 E.R. Murray writes novels for children and young adults, plus poetry, short fiction and essays, for adult readers. Her books include a YA contemporary novel, Caramel Hearts, and a fantasy trilogy for middle grade readers. The Book of Learning – Nine Lives Trilogy 1 was chosen as the 2016 Dublin UNESCO City of Literature Citywide Read for Children, is currently being made into a film, while The Book of Shadows – Nine Lives Trilogy 2 was shortlisted for the 2016 Irish Book Awards & 2016 Irish Literacy Association Award. The final installment, The Book of Revenge – Nine Lives Trilogy 3 was published in 2018 to high acclaim. Shortlists include the Francis McManus, Irish Times, and Aesthetica Creative Works short fiction competitions. Recent anthology and journal publications include The Elysian: Creative Responses, Reading the Future, Autonomy, Popshots, Terrain, Tiny Essays, HCE, and Banshee. Elizabeth is highly supportive of new and emerging writers, providing manuscript reports and creative writing workshops, as well as being a mentor for Words Ireland. Raised on a council estate in Southbank, Middlesbrough (England), she now lives in rural Ireland (West Cork). For more info: www.ermurray.com Twitter: @ERMurray Facebook: ERMurray.Author

children’s books: All of the Nine Lives Trilogy is published and available as e-book or physical copy. The Book of Learning – includes option to ‘Look Inside’.

One Response to “Petting Zoo” and Other Offerings by E. R. MURRAY