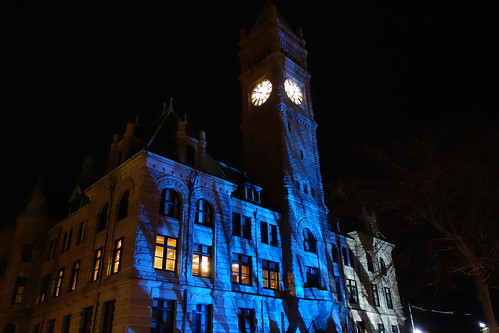 Fourteen-year olds are geniuses, right? Why else would I be grinding on the city hall steps on a Sunday and olly and bust up my face on the iron handrail? I couldn’t even have a fantasy of the imprint of my teeth in some punk-ass’s fist. “What thing?” I asked the custodian who got the bleeding stopped. “What helmet?” he might’ve asked back but was grown-up enough to keep quiet. My folks didn’t. I was grounded.

I was already a target at school: skaters just were. Neither jocks nor scholars, nor even ordinary kids (whoever they are), skaters fell outside the lines. And a girl, forget it. I skated alone. It fed my vague dream of one day breaking out, getting sponsored and going to Cali to skate full time.

“Hey, Clown Lips” a kid on the school bus said to me the morning after it happened. I punched him, which seemed less painful than talking. I got kicked off the bus. In class, when it was evident how difficult it was to speak clearly (my two front teeth had broken off in a jagged line so my tongue wanted to rush into the gap and spray sounds, especially “s’s”, to both sides of my puffed lips) the name morphed—“Hey, Kwown Wipth!”—and stuck. Kids would giggle and make faces. The middle finger loses impact pretty quickly, and then you put your hood up and your head down and hope for the situation to change. Mine would; our family orthodontist set up a treatment plan, to begin once my face healed. Meanwhile, I spoke only when I had to, with a kind of lisp.

Then, unexpectedly, I found a friend.

Nelson was a year older, a ninth grader, quiet, honor-roll smart, and smart other ways, too. He didn’t have a lot of friends, but he had spirit enough to walk his own path. After school one day, he approached me. He was grimacing.

I looked at him. Cuz?

He stuck out his fist and I bumped it.

We became a little crew of two—uth and them, I called us. Nelson kept words to a minimum, but I always felt he was right there—present, we’d say now. His voice wasn’t a whisper, as you might expect, but surprisingly forceful.

Sometimes getting the words out was a challenge, he told me, and he had come up with a strategy. When he found words building behind the dam of his teeth and tongue, if he began with “because”—“cuz”—it was like opening a gate, then the rest of the thought flowed. It made for things like “Cuz . . . Mrs. Lane is out t-t-today, cuz we got a su-sub…” and “Cuz . . . you want to c-c-come over to m-my house later to study?” One time, early on, as he struggled to get something out, I saw where he was going and I jumped in to finish his thought. At his look, I felt gut-punched with shame. I didn’t make that mistake again.

We had fun. I got him to shoot some video of me skating, and I listened to him play guitar. He was halfway good, though he played only at home. We talked about him doing the soundtrack for my skate video. And I learned that just going your own way and not making a big deal of it didn’t make you an outcast. Get past the insecurity and most people are pretty cool most of the time.

In the spring, after a lot of dentist visits, I finally got new front teeth and the lisp, or whatever you call it, was gone.

We went on to high school and made new friends. I went to college for a couple years and got married to a guy I met at the skate park, and we had our son. My fantasy of going to Cali and skating pro faded long ago. I’m a teachers’ aide, working on getting certified in early childhood ed. I saw Nelson on TV recently, the local news, and recognized him right away. He’s some kind of aide to the Governor. Not a speaking part, but there he was, at a press conference, standing by, nice-looking in a dark blue suit. He appeared confident.

My husband and I had things in common, but in the end, for reasons I’m only beginning to understand, it got down to a failure to connect in the ways we both needed. We’ve stayed friends, and good parents to our son. I still skate, always with a helmet, which I also insist on for my son, who’s just starting to learn. I still catch a little air, but I don’t olly off handrails.

Time, if fate grants it, can allow us to become poets of the doomed action, the unrequited love, the impossible political struggle, and to find humor in the human. But at fourteen what do we really know? Sometimes I think of that brief genius time in school, when the boy with the stammer and the tomboy with no front teeth became allies against the world, and both, eventually, learned to be in it.

David Daniel, a frequent contributor to this site, is a novelist and writer, and a former high school teacher.

6 Responses to ‘Uth and Them’ by David Daniel