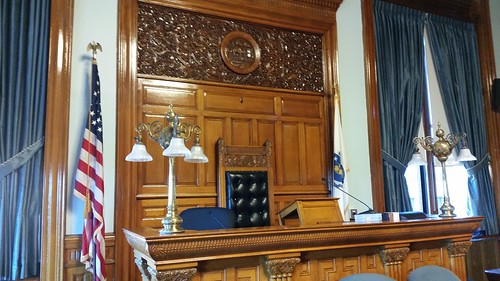 The first act of the incoming Lowell City Council at tomorrow’s inauguration ceremony will be to elect the city’s next mayor. The process involves each councilor when called upon announcing his or her candidate for mayor. The first councilor to receive five votes becomes mayor.

1972 – Ellen Sampson – On Thursday, January 6, 1972, Ellen Sampson was elected mayor on the 106th ballot. On inauguration day (Monday, January 3, 1972), Paul Tsongas and Phil Shea were the leading contenders but neither could get the necessary 5th vote. After 15 ballots at the inauguration, the council voted to recess and resume the voting at the next evening’s regularly scheduled council meeting. During the 51 ballots cast that night (Tuesday, January 4, 1972), Shea, Tsongas and Richard Howe all received 4 votes on various ballots but none could reach 5. Another recess was held and two nights later  (Thursday, January 6, 1972) after 40 more ballots that night, Phil Shea announced he was withdrawing his candidacy and would vote for Sampson who was elected on the next ballot. On that decisive 106th ballot, Sampson received votes from Leo Farley, Charles Gallagher, Robert Kennedy, Shea and herself. Paul Tsongas received votes from Richard Howe, Gail Dunfey, Brendan Fleming and himself.

1976 – Leo Farley – On Monday, January 5, 1976, Leo Farley was elected mayor on the third ballot with 5 votes to Richard P. Howe’s 4. Voting for Farley were Brian Delaney, Samuel Pollard, Brendan Fleming, Donald Scott and Farley. (Scott had voted for himself on the first two ballots then switched to Farley). Richard Howe received votes from himself, George Anthes, Armand LeMay and Wayne Peters.

1978 – Raymond Rourke – On Monday, January 2, 1978, Raymond Rourke was elected mayor on the third ballot. On the first ballot, Samuel Pollard had four votes, Rourke had three and Wayne Peters had two. Voting for Pollard were himself, Robert Maguire, Edward Kennedy and Armand LeMay. Voting for Rourke were himself, Brian Delaney and Raymond Lord. Voting for Peters were himself and Richard Howe. The same votes were cast on the second ballot. However, on the third ballot, Robert Maguire and Edward Kennedy switched to Rourke, giving him the necessary five votes (Rourke, Delaney, Lord, Maguire and Kennedy). Although he had previously served as a state representative for many years, this was Rourke’s first term on the council, making him the only mayor from 1966 to the present who was elected in his first term on the council.

1980 – Robert Maguire – On Monday, January 7, 1980, Robert Maguire won his second term as mayor on the third ballot by a five to four vote. On the first ballot, Samuel Pollard had the votes of Maguire, Richard Howe, Armand LeMay and himself. Robert Kennedy had his own vote and those of Raymond Rourke and Thomas Casey. Raymond Lord voted for Armand LeMay and Brendan Fleming voted for himself. On the second ballot, Maguire voted for himself and all the other votes stayed the same. On the third ballot, Lord, LeMay, Rourke, and Casey all switched to Maguire, giving him five votes. Pollard retained Howe’s vote and added Kennedy. Fleming voted for himself throughout.

1990 – Richard Howe – On Tuesday, January 2, 1990, Richard Howe was elected to his third term as mayor on the first ballot by a 6 to 3 vote, receiving support from Bud Caulfield, Robert Kennedy, Kathy Kelley, Curtis LeMay, Ray Rourke and himself. Tarsy Poulios received three votes: his own and those of Gerry Durkin and Brendan Fleming.

1992 – Tarsy Poulios – On Monday, January 6, 1992, Tarsy Poulios was elected mayor on the second ballot. On the first ballot, he had received four votes – his own and those of Gerry Durkin, Curtis LeMay and Bernie Lemoine. Bud Caulfield had two first ballot votes, his own and Richard Howe’s; Kathy Kelley had her own and Dick O’Malley’s; and Bob Kennedy voted for himself. On the second ballot, Kennedy voted for Poulios, giving him five and the mayoralty.

1996 – Bud Caulfield – On Tuesday, January 2, 1996, Bud Caulfield was elected mayor on the first ballot by a 5 to 4 vote. Caulfield received votes from himself, Richard Howe, Grady Mulligan, Rita Mercier and Larry Martin. Steve Gendron received his own vote plus those of Matt Donahue, Eileen Donoghue and Peter Richards.

2006 – Bill Martin – On Tuesday, January 3, 2006, William Martin was elected mayor on a five to four vote. He received votes from Eileen Donoghue, Jim Milinazzo, Armand Mercier, George Ramirez, and himself. Rodney Elliot received his own vote plus those of Kevin Broderick, Bud Caulfield, and Rita Mercier.

2012 – Patrick Murphy – On Tuesday, January 3, 2012, elected mayor on the first ballot by a 5 to 4 vote.  Murphy received votes from himself, Kevin Broderick, Marty Lorrey, Bill Martin and Vesna Nuon.  Rodney Elliott received his own vote plus those of Rita Mercier, Ed Kennedy and Joe Mendonca.