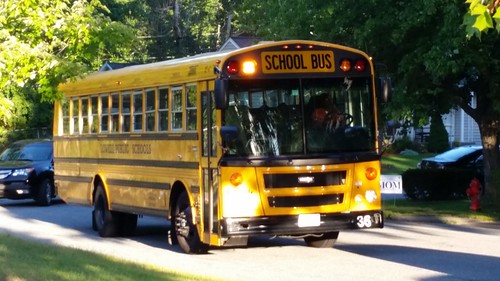 Talking to Kids about Drugs

David Daniel draws on his career as a school teacher for this fictionalized conversation with students.

“Mr. Dunn—back in the day—did you do drugs a lot?”

Leo Dunn loves high school students. Loves their curiosity, their smarts, the way their minds work. The way they think they’ve got it all figured out. But when two days into fall term, in his U.S. Lit class, the girl in the second row, wearing a T-shirt with a sequined unicorn on it, asks the question, he has to pause. It’s not the first time he’s heard it. He likes being honest with students, open when it makes sense to be, but there’s the devilish work of details to weigh.

Students can find out by looking on the web that Dunn once worked at Harvard Medical School as a brain slicer; then he overheard a kid earnestly telling a classmate, Yo, Mr. D was a brain surgeon!: saying it with that naïve gift for weaving colorful cloth from scant threads. Since then, if it comes up, he makes a point to say he was a brain slicer—literally: he worked a microtome, sectioning human brains, a lowly lab tech in Harvard’s neuropathology department, all of sixteen years old.

Likewise, he eventually had to qualify another story. When it got out that he’d been a tennis pro, students soon had him on the professional tour, asking how much cheddar he had stacked, how come he only drove a Corolla. He explained the distinction between a tournament pro and a teaching pro, which he was, giving lessons at a club. In that instance it became a lead-in to the conversation about a healthy questioning of authority and what we read.

But he knows how things can get skewed in eager minds, so he always feels some trepidation when the topic of drug experience comes up, as it will. Does a straight answer lead kids down a dead end? Show them moderation matters? Or maybe give some crucial point of connection with survival?

The girl with the sparkly unicorn is waiting, her gaze skidding away shyly, but earnest.

Did you do drugs a lot?

A lot? Define a lot. Drugs? Be specific. Cop to anything and there’s a chance it comes back as: “Mr. D was a Slim Shady in the hood. Slept with a Glock under his pillow…” So what can he really share without using a politician’s dodge? How it was smoking weed back then? Recount the simple (dare he say innocent?) joy of cleaning a lid? Describe his crew listening to Revolver while he used the album jacket as a winnowing chute, picking out the stems and letting the seeds roll down, seeds he might save in a match box in case he ever got ambitious enough to try herbaculture—which he never did, what with an O-Z selling for the cost of two pizzas and a jug of Ripple? None of that computes. And anyway, nothing’s the same. The stuff they blaze is way stronger. Sure, some people got messed up back then, but like now? There’s shit out there these days that can kill you. Fentanyl, Bath Salts, who knows what all.

So Dunn says, “I grew up in the early Seventies” and lets them puzzle it out. Kids are smart. “But let’s trip further back,” he goes on. “To the 1920s. The Jazz Age. When the drug of choice was bathtub gin—and just as illegal as crack. When a young hustler with an eye for his main chance made a grab at the American Dream. Jimmy Gatz was his name—but he streeted it up, called himself Gatsby.”

The transition may be a bit abrupt for the girl with the unicorn shirt and some of the others, but he’ll let them dogpaddle for awhile and then put out the rope lines. Most of them will learn to swim. It’s early in the term. Education’s a process. Dunn had this girl’s older sister in class two years ago: smart and street and cute, and knew it. Precocious in ways that can be trouble.

He’s suddenly remembering the afternoon—right around this time of year—she came to his classroom at the end of the day. She was wearing denim cutoffs just long enough not to challenge the school dress code. The sweatshirt she’d had on all day had come off, and the Heartbreakers tank top was too small. But he could grant dispensation. Tom Petty had died that day, OD’d. She was broken, teary-eyed.

“Mr. Dunn—I can’t focus on anything. I’m so sad.” She looked it, looked as if some pharmaceutical friends were helping, too. She shut the classroom door. “I’ve got a CD in my backpack, let’s just listen, can we, Mister?”

Dunn has been teaching long enough to be alert to the treacherous edges one can fall off. But he’s trusting, also. It’s judgments. He didn’t want to cut her off at the root. He let her speak her grief, and then he told her he was sad, too. He liked Petty’s music. It crossed generations, he told her; as Lennon’s had. For a moment, shared sorrow silenced them. “But I have to get to a meeting,” he lied and opened the door and walked her out to the main lobby.

She hung on in school to graduate. He will have to ask her kid sister how she’s doing. Not everyone makes it. Shawn didn’t. Personable, smiling Shawn who every year would attend the graduation of his schoolmates, sit in the auditorium in goo goo doll wonder and vow, “That’s me up there next year.” Everyone rooted for him. But drugs are the rats that gnaw away at the pillars of the kingdom of wisdom, and Shawn had kept his secrets. That makes five now—boys, girls—five kids Dunn has known. Five candlelight vigils in the park. The years run out. And he wonders: are there words that can change that?

4 Responses to “Talking to Kids about Drugs”