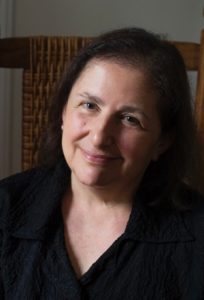 Jane Brox, who grew up in Dracut in the Brox Farm family, will read from and sign copies of her new book “Silence: A Social History of One of the Least Understood Elements of Our Lives” on Thursday, May 16 at 6:30 PM at the Andover Bookstore, 74 Main Street in Andover, Mass.
The author of the highly praised “Brilliant: The Evolution of Artificial Light” has written a compelling history of silence as a powerful shaper of the human mind—in prisons, in places of contemplation, and in our own lives.

Considering Thomas Merton in his world of monks, the New York Times Book Reviews says that “Brox writes beautifully about the silence woven through daily tasks and between prayers in the medieval monastery, its varying qualities and duration, sometimes “as brief as a handful of heartbeats.” Silence for her is a force of nature, awe provoking, like lightning, capable of electrocuting us and of illuminating the night. But her tone is also elegiac. She speaks of these spaces where silence reigned as now being in ruins, both the monasteries and the prisons. …” 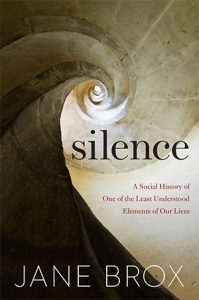