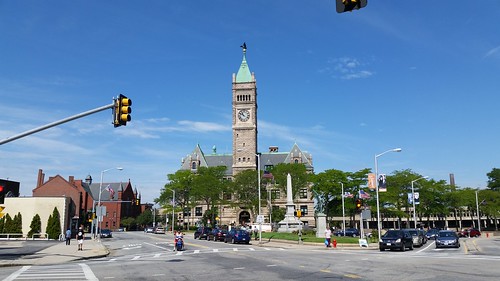 Motion Response – Police Retiree Details – The city proposes to follow the Cambridge policy. This would have to be negotiated with the local police unions (to insure active officers get details first and retirees only are considered when no active officer is available). Manager Donoghue says with construction season about to begin, there will be a great demand for detail officers.

Motion Response – Homelessness and Sustainable Housing – A working group has been established based on a Worcester model. It will begin meeting next week and anticipate having a plan by the end of July. The federal government is moving away from the “shelter” model of dealing with homelessness and towards an emergency housing model. Also, Manager Donoghue stresses the importance of combining with other services such as addiction and mental health treatment.

Motion Response – Bike Sharing – there will be a “ribbon cutting” two weeks from tonight to launch this program. Ezra Richardson, the Veo Ride fleet coordinator in Nashua who will serve the same role here in Lowell. An RFP was issued last summer. Veo Ride was the best response. They held off launching during the winter. They will start with 180 bikes in Lowell.

Vote-Approve exemption of Christopher Lemay from provisions of MGL c. 268A s.20. Approved by council.

Order-60 Day Trial (various) – Councilor Milinazzo has questions about the number of stop signs intended to be installed on cross streets on Andover St. Traffic engineer says the neighborhood residents who walk report cars just rolling through these intersections without regard to pedestrians. Putting the signs up might make it safer for walkers. Approved.

Manager Donoghue also addresses the city census. The city delivered material to printer at end of January to mail out at the end of February. The printing was delayed because of issues with the translation. However, the printer had pre-printed the envelopes with a March 17 return date printed on it. The printer used these envelopes even though the notices didn’t go out until very close to that date.

Manager Donoghue also mentions the issue of heat at Lowell High and at other schools. The state Labor Department visited two schools, filed a written warning that required a response; the city did submit a response and did take some corrective actions. Regarding the high school, the council supported an expensive plan to replace heating units in the field house after gas leaks last spring. She understands that even though there is a new school on track, it is still several years away, so the city is committed to heating the building reliably over the next few years.

Then on Monday, March 25, 2019, from 6pm to 8pm, there will be a public presentation on the new high school to be held at the Lowell Senior Center.

Parks & Recreation SC March 19, 2019. Subcommittee chair Rita Mercier reports on this meeting which addressed Councilor Elliott’s motion to rename Clemente Field Pailin Park. Councilor Mercier said she received many calls from members of the Latino community who objected to renaming the park. She reminds everyone that in 2017, the city named the field at the Bartlett School Roberto Clemente field to compensate for the renaming of the Middlesex Street park. She says that Roberto Clemente was a great man and a great baseball player. She says she has not animosity towards Southeast Asians but she doesn’t want to offend the Latino people. She says there should be a policy in place for naming parks and other things for people. At the subcommittee meeting, Councilor Leahy made a motion to refer the matter without council endorsement to the Board of Parks for its determination.

Councilor Elliott says he didn’t support the policy because authority lies exclusively with the Board of Parks. But around this issue, Councilor Elliott began working on this five years ago. Everyone involved worked very closely with members of the Latino community. The Roberto Clemente Little League mostly wanted a home field. Previously, they bounced around from place to place to play their games. The city rededicated the field at the Bartlett Roberto Clemente field and made it the home of that little league. Councilor Elliott says the Latino community supported this and supports the renaming of the Middlesex Street park. He says there are 94 parks in the city and not one is named for a Cambodian person or place. We now have two parks named for Roberto Clemente and none for anyone related to the Cambodian community.

Councilor Nuon says everyone involved acknowledges that Roberto Clemente deserves to be honored. But since the Middlesex Street park was named for him in 1972, the city has changed drastically mostly due to the arrival of Southeast Asian people come here. Southeast Asians don’t play baseball; they play volleyball and bocce. The park is a social and cultural centerpiece of the Cambodian community. He said it is one of the most utilized parks in Lowell.

Councilor Milinazzo asks for clarification as to whether the subcommittee actually recommended the name change. He says the council, especially Councilor Elliott, has handled this very well. He believes renaming the Middlesex Street park Pailin Park is the right thing to do.

Councilor Mericer said they referred the issue to the Board of Parks.

Councilor Elliott says when the council referred this motion to the subcommittee, the vote was to endorse the name change.

The next Board of Parks meeting is next Wednesday night. They normally meet in the DPD Conference Room so that meeting might be located to a bigger venue.

Misc. – Lisa and Dave DeLuca request installation of handicap parking sign at 131 B Street (at corner on Warwick Street).

Elliott – Req. City Mgr. evaluate options for increase oversight of human resource and finance functions between school and City departments. Councilor Elliott says a number of discussions, especially on school maintenance, has identified communication lapses and some gaps or overlaps. We should see if there’s a more efficient way of doing it. Motion approved.

Elliott – Req. City Mgr. have Transportation Engineer provide report regarding possible Lyft and Uber drop off/pick up locations in downtown on nights and weekends. Councilor Elliott says this came from a neighborhood meeting. Downtown at night is becoming gridlocked. Approved.

Elliott – Req. City Mgr. provide a report regarding zoning requirements and police activity at the “Edge” apartment complex. Councilor Elliot says this was supposed to be student housing but evidence suggest that it is more than that. He’d like to know what the options are regarding zoning and zoning enforcement. Councilor Nuon says he filed a motion on this last year because he learned that some of the residents there are not students. He says the concerns Councilor Elliot raises are important ones, particularly because it is right across the street from Lowell High School. Approved.

Nuon – Req. City Mgr. have the Economic Development Department report on their most recent outreach efforts to neighborhood business districts; if no recent efforts request implementing more outreach efforts. Councilor Nuon says DPD has done a great job. They should be commended for that. Approved.

Nuon – Req. City Mgr. have the proper department organize by subjects and dates the documents that appear on the City’s website and delete documents that are no longer relevant; further, implement a more efficient search engine with proper key words so that documents are easier to find and review website regularly for needed updates. Judith Durant addresses the council. Says she was frustrated with the city’s websites after learning at a neighborhood meeting about changes to the city’s recycling policy. She was unable to find anything up to date. There were many things but they were outdated. She said that many other things on the website are outdated or missing. She thinks this is a good motion and she hopes the website can be made more up to date and efficient. City Manager Donoghue says she agrees about the city’s website. We need to take a serious look at it to ensure it’s up to date and easy for residents to use. There is no designated web manager. Departments post things themselves.

Cirillo – Req. City Mgr. hire a replacement for the vacant position of Administrative Assistant at the customer service station in the lobby of City Hall. Councilor Cirillo changes the motion to request a report on the hiring of a replacement (rather than directing the manager to hire a replacement).

Cirillo – Req. City Mgr. provide an update to Council regarding status of the LOMR process with FEMA.