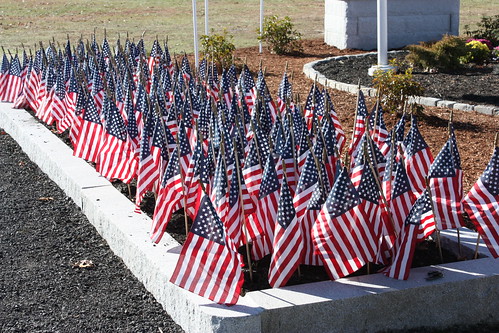 Happy Veterans Day to all who served in the military forces of the United States. The Greater Lowell Veterans Council will hold its annual Veterans Day services at the Lowell Memorial Auditorium at 11 am today. All are invited to attend.

Today is also the 100th anniversary of the Armistice that ended World War I. I have been working on a book on Lowell in World War I, but set that aside for my re-election campaign. Now that the election is over, I will return to the book and should have it out sometime in mid- to late-2019.

Part of my research was reviewing day-to-day headlines in the Lowell Sun from 100 years ago. I began posting a weekly summary of these news stories on this blog but discontinued that in late August (again, due to the time demands of my re-election campaign). However, I still have all of my notes and will resume posting these summaries later this week and will continue until I get through the end of the war.

As mentioned above, my re-election campaign took me away from blogging but I’m back now. This Tuesday night I’ll be sitting at my keyboard ready to report on the Lowell City Council meeting. 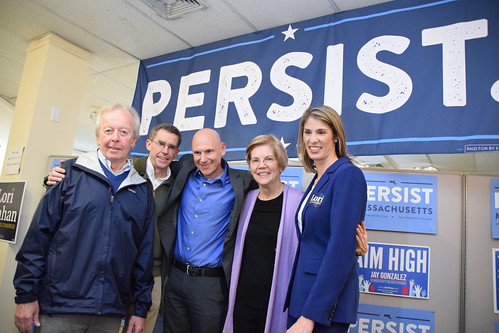 This past Tuesday, more than 2.7 million Massachusetts voters cast their ballots in the state election which is the highest number of votes ever cast in a midterm election in Massachusetts. Turnout in Lowell was 43% with 26,174 of 60,950 registered voters casting ballots.

Here are the results based on the order the various offices appeared on the ballot. For each office, I show the total vote received by each candidate for the entire district and in Lowell only.

For the first time ever, the office of Greater Lowell Technical High School Committee was on the ballot during a state election. Before getting to the results, let’s review how we got here: The Greater Lowell Tech region consists of four communities: Dracut, Dunstable, Lowell and Tyngsborough.

Since its founding in the 1970s, the committee that oversees the school has had eight members: 4 from Lowell; 2 from Dracut; 1 from Tyngsborough; and 1 from Dunstable. Previously, the members were elected in local races with only the voters of their own communities casting votes for them.

That changed this year because Lowell challenged the method of electing committee members on the grounds that it violated the Constitutional principal of one person, one vote. (For example, the four Lowell members represented 106,000 people while the Dunstable member represented just 3,400). In reaching a settlement, the four towns agreed to this new form of election.

For Lowell, there were two seats on the ballot with only two candidates, incumbents George O’Hare (who received 11,218 votes) and Fred Bahou (who received 10,445). (In the 2020 Presidential election, the two Lowell seats currently held by Curtis LeMay and Ray Boutin will be on the ballot).

The Tyngsborough seat was on the ballot with George Tatseos running unopposed. He received 15,980 Lowell votes.

The Dunstable seat was on the ballot. Incumbent Kempton Giggey failed to turn in the required number of nomination signatures so he had to run as a write in candidate. (I assume he was elected, but I have no districtwide results for him or any of the other candidates for this office).

The drama on this part of the ballot came from the Dracut seat. There was one, but there were two candidates, Matthew Sheehan and Brady McCarron. It has been reported elsewhere that Sheehan took the seat by winning districtwide. He won Lowell with 9,225 votes to McCarron’s 9,129. This race created some local interest because McCarron, with roots in Lowell’s Highlands neighborhood, campaigned extensively in Lowell.

McCarron’s focus on a community not his own was an interesting strategy that could have taken advantage of the new system. Imagine two hypothetical candidates from Dracut competing for one seat to represent that town. Imagine further that Dracut Candidate A won that town’s votes by an overwhelming margin while Dracut Candidate B won the much larger city of Lowell by a huge margin while losing his home town’s vote. In this scenario, Candidate B would be elected because of his large margin of victory in Lowell even though Candidate B was supported by only a minority of voters in the community he was to represent. That’s not what happened this year, but it remains a possible scenario in future elections.

Other Races of Local Interest

Here are some other elections in Greater Lowell communities that may be of interest:

2nd Essex and Middlesex State Senate – Besides the 1st Middlesex State Senate seat which was vacated when Eileen Donoghue became Lowell City Manager, the 2nd Essex and Middlesex Senate seat was also open because incumbent Barbara L’Italien instead ran for Congress. The race was won by Democrat Barry Finegold, who held the seat prior to L’Italien. Finegold defeated Dracut Republican Joe Espinola, 35,408 to 20,992. Espinola won his home town of Dracut, 6,814 to 5,779; but Finegold won Tewksbury (7,430 to 6,084); Andover (10,339 to 5,456); and Lawrence (11,860 to 2,638).

Middlesex and Worcester State Senate – This district isn’t really part of Greater Lowell, but incumbent Jamie Eldridge gained some fans in Lowell in his 2007 run for Congress and by his vigorous advocacy of progressive causes. Eldridge defeated Republican Margaret Busse, 50,536 to 25,444.

As reported above, Ed Kennedy won the 1st Middlesex State Senate seat with 34,288 votes to 19,646 for John MacDonald. Kennedy won all five communities in the district. Following are his town-by-town vote totals compared to the votes received my MacDonald:

Despite Monday, November 12, being a holiday in observation of Veterans Day (November 11) trash and recycling pickup in Lowell will be on a normal schedule this week.