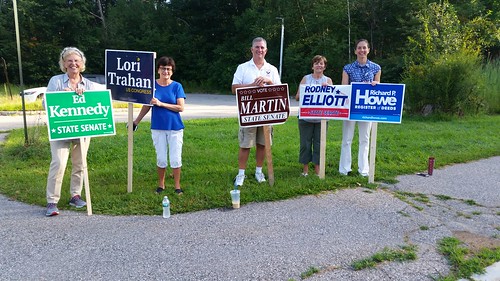 Here are the results of the contested races from Tuesday’s Primary Election: 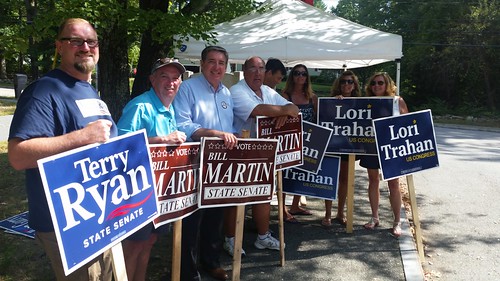 With Lori Trahan and Dan Koh separated by only 52 votes by the unofficial count, there will likely be a recount in the Third District Congressional race. Both sides have been collecting the necessary signatures to make that happen.

Even though Trahan has the lead and would be content to have the current outcome be the final one, it’s wise for her to take the steps necessary to have a recount for a couple of reasons. First, on the way to certifying the final vote, a town clerk or city election office might discover a transposed figure or some other error that could suddenly reverse the standings (which is highly unlikely, but so was a 52-vote margin of victory in a race with 85,000 votes cast).

Another possibility is that Koh could ask for a recount in selected communities rather than district-wide. The most likely outcome of a recount is that the vote totals might change but they should change in proportion to the overall vote received by a candidate. If Koh were to request a recount only in those communities that he won by large margins, he could pick up more votes than Trahan. By filing her own recount petition, Trahan could counter that strategy by requesting recounts in communities that she won by a large margin.

When I was first elected Register of Deeds, the Democratic Primary for that office resulted in a recount. More accurately, it resulted in ten recounts because each community in the registry of deeds district (Billerica, Carlisle, Chelmsford, Dracut, Dunstable, Lowell, Tewksbury, Tyngsborough, Westford and Wilmington) each held its own recount, all within a five day period.

Based on my own recount, here’s a general overview of what happens in each community:

The recount takes place in a large room such as the Mayor’s Reception Room at Lowell City Hall or a community meeting room or other big space within the town hall. The town clerk/chief election officer runs the show. The board of registrars of voters sit at a table in the front of the room. They serve as judges on disputed ballots. City election workers are then spread around the room in pairs with one reading the result from the ballot and the other marking that result on a tally sheet. The ballots are usually counted in blocks of 50. For example, Worker A looks at the Third Congressional District section of the first ballot and announces, “Trahan.” Worker B puts a mark in the Trahan column on the tally sheet. This continues until all the ballots have been counted. Usually there is a representative from the Secretary of State’s Office to monitor the process.

When a campaign observer detects a discrepancy, he or she raises a hand and the counting at that position stops. The town’s chief election officer or her designee comes to the counting station accompanied by the attorneys for the respective campaigns. The observer states the objection or concern and the disputed ballot is carried to the board of registrars. The attorney’s make their arguments, the registrars decided whether the vote is to be counted or not and for whom. If an attorney disagrees with that decision, she can object and that ballot is set aside. (Ballots that are set aside in this manner are the ones that would ultimately be reviewed by a judge if there was a court challenge to the results of the recount.

What are the types of things that draw objections? The election worker might misread that ballot, saying “Malone” instead of “Trahan.” Or the election worker marking the tally sheet could place a mark for Koh in the Matias column.

But the more common objections are to whether or not some mark on the ballot constitutes a vote. Let’s say when the voter was considering who to select, he let the ink marker touch the oval next to Barbara L’Italien’s name, leaving a discernable mark. But that same voter then colored in the oval next to Dan Koh’s name. If I were the Trahan observer, I would object to that ballot and claim that the voter had cast two votes for the same office (L’Italien and Koh) and the ballot should not be counted for either. On the other hand, if I were a Koh observer, I would keep my mouth shut because the initial determination in the recount went my way.

Another scenario might be that instead of darkening the oval, the voter put a check mark. If the check mark was next to Trahan’s name, the Koh observer would object, saying that was an invalid mark. When that ballot was taken to the registrars for their determination, they might look at how that voter marked the entire ballot. The legal standard is “What is the will of the voter?” If that voter used a check mark for every office on the ballot, the registrars would likely count the check mark as a vote for Koh because it was clear from the entire ballot checkmarks were how that voter cast his votes. However, if the voter had darkened all the ovals except for the one in the Congressional race which contained a check mark, then the registrars would likely not count that Congressional vote since the check mark was not consistent with the other votes on that ballot and the will of that voter could not be determined.

Some of this may seem trivial, but that’s how the process goes. Back in the late 1980s, Lowell’s Robert Kennedy won a seat on the governor’s council by a single vote after the case went through a district-wide recount and then a Superior Court trial. Every vote counts. 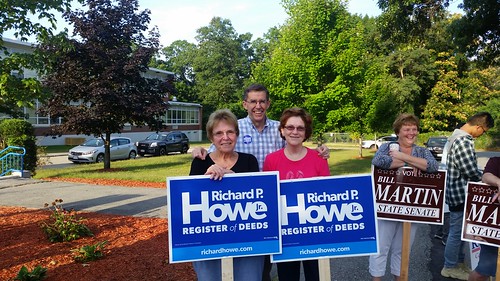 Thanks to everyone who voted for me last Tuesday in the Democratic Primary. We’re on to November 6. Please help my campaign by making a donation or volunteering your time.

One Response to Lowell Week in Review: September 9, 2018