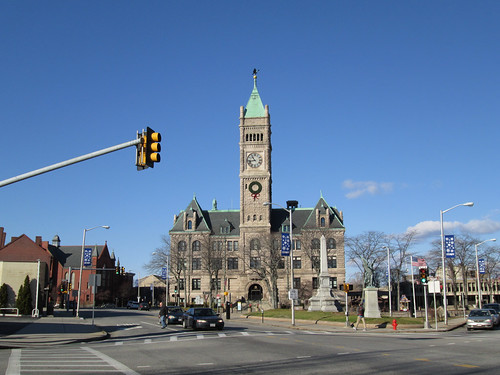 Tuesday night’s City Council meeting ended at 10:00 p.m. as it did three weeks ago when the previous meeting was held. At that time, the Council chose to take all of the remaining motions at once. Last night was a bit different. They adjourned and moved the unread/discussed motions to the next meeting.

Since the Council had not met for 3 weeks due to their summer schedule, the agenda was packed with items of interest.

I will touch upon a few of them.

Under “Unfinished Business” there were a couple of items pertaining to National Grid.  Previously the Council had unanimously voted to suspend any public National Grid work being done in Lowell until the labor lock-out has been resolved.  There was a caveat which allowed the City Manager to use her discretion on projects that pertain to public safety and ongoing major projects. There was confusion as to what “discretion” was given to the City Manager.  City Councilor Ed Kennedy introduced a motion to further clarify.  The motion initially passed 7 – 2.  After City Manager Eileen Donoghue effectively explained her reasoning which focused on safety and costs for projects such as the Canal TIGER grants, Hamilton Canal, LHS Heat upgrade, Lord Overpass Design, the two opposing Councilor changed their votes.

The newly appointed Superintendent of Police Kelly Richardson was introduced. During the discussion on Motion Responses regarding cameras at hot spots, he stated that the Lowell Police Department has 30 cameras located throughout the City; mostly in parks.  These cameras serve as a deterrent for illegal activities.  He also expressed some new ideas about the use of the neighborhood precincts.

Also during the Motion Response segment, it was brought up that as of now there are not enough Cities who have shown interest in participating in the lawsuit regarding the State Foundation Budget to make the effort financially feasible.

Under the Petition portion of the agenda, Ms. Anastasia Sakellaris, a Pollard Memorial Library employee, addressed the Council.  She spoke on the discomfort at the Library since there is no properly functioning air conditioning system.  She pointed out that the system has not been properly working since the renovation.  That DPD does come in and tries to patch things up but we will need a major overall of the system for it to work properly.  She also chided most of the City Councilors for not visiting the Library or replying to her e-mail that was sent through the City website portal.

The other petition that garnered a lot of attention was the property located at Frothingham Street.  The two-family home is located in the Belvedere section of the City.  The petitioner, the owner of the house did attend the meeting.  However one the neighbors came to the meeting and spoke once again about the issue that goes back to last October.  A good, half- hour discussion ensued. Is this a two family home or has it been converted to a three family home?  If so, was it legal?  If not what is the City doing about it?

Most of the Councilors expressed their frustration that this is still on going.  City Manager Donoghue stated that for her the issue came to her attention in early July and the proper departments are working within the rules of the law to verify that the house was illegally converted to a three family home.

By far the most emotional item of the evening was speeches made by the public speakers who spoke in favor of Councilor Vesna Nuon’s motion on the Cambodian Election.  “The motion is somewhat lengthy as far as motions go but it is comprehensive.” Request City formally support U.S. House of Representative Resolution (H.R.) 5754 (Cambodian Democracy act of 2018) passed by the US House Of Representatives and condemn the fraudulent elections that took place in Cambodia on 7/29/18; further request the City send a letter of support to Senator Elizabeth Warren and Senator Ed Markey for passage of senate #2412 (Cambodian Accountability & Return On Investment Act—CARI) encouraging the restoration of civil and political rights of the opposition Cambodia National Rescue Party (CNRP), media and civil society, restoration of elected officials to their elected offices and release of all political prisoners.”

The Council support was overwhelming. All the Councilors spoke strongly in favor of this motion.

The other motion that attracted a lot of discussion was the one made by Councilor D. Conway “Request City Manager include with each motion response the work hours that it took to accomplish the task and further include an estimate of costs for each motion.”

Councilor Conway explained that his motion would show the public accountability. Speaking in opposition was Councilor J. Millinazo who stated that this motion would stifle discussion. Councilor E. Kennedy thought the motion was counterproductive.  Councilor R. Mercier expressed that some of the Administration’s work answering motion could be alleviated with phone calls. Councilor K. Cirillo thought that the motion micro-managed the Administration and Mayor B. Samaras stated that you “cannot set a price on good government.”

In my weekly review column later this week, I will write a bit more on the City Council meetings.