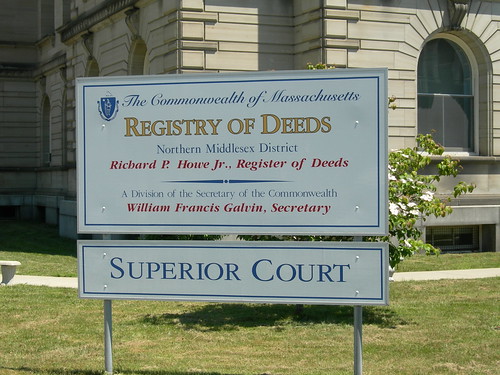 With 2018 nearly half over, some trends in local real estate have become apparent. For the entire Middlesex North District (which consists of Lowell, Billerica, Carlisle, Chelmsford, Dracut, Dunstable, Tewksbury, Tyngsborough, Westford and Wilmington), the number of sales from January 2018 through the end of May 2018 are about the same as January through May of 2017, but prices are up by 10 percent or more. This seems like a classic supply and demand example: there are fewer houses for sale than there are buyers, so sales prices go up.

Here’s a look at the median price of deeds recorded between January 1, 2018 and May 31, 2018 compared to the median price for the same months in 2017 for the eight largest communities in the district:

There is an odd twist in the market. Typically, as prices go up, the number of foreclosures goes down. That’s because in a time of rising values, a homeowner who is unable to pay the mortgage can usually sell the house for enough money to pay off the mortgage. Granted, the homeowner would still have to find a residence, but leaving voluntarily with a discharged mortgage is better in the long-term than losing a home to foreclosure.

Despite the rise in prices during the January through May 2018 time frame, the number of foreclosures (106) was up from the number that occurred during the same months in 2017 (92). Adding to this mystery is that most of the mortgages that were foreclosed in 2018 originated during the real estate bubble (from 2003 into 2008). Perhaps because values today have still not exceeded the peak prices reached during that real estate bubble, these homeowners remain underwater on their mortgages and are unable to sell for that reason. This might also explain why so few houses are going on the market today: homeowners who refinanced or purchased at a time of peak real estate bubble prices may still owe more than they can get for the house today and so are unable to sell.

One other question about these new foreclosures of old mortgages is why now? Did these homeowners suddenly stop paying mortgages they’ve had for ten or more years, or have they been in default all along and the lender just failed to do the foreclosure sooner? It’s hard to answer that question from the records at the Registry of Deeds.

One thing that is clear is that almost all the mortgages being foreclosed were made by national lenders. It’s very rare to see a local bank doing a foreclosure. The performance of our local lending institutions now and during the foreclosure crisis is a positive story that may not have gotten the attention it should have.

Also regarding foreclosures, for at least the past three decades, the purchaser at a foreclosure auction was almost always the lender doing the foreclosure. There were a number of reasons for this. The foreclosing lender has a duty to the debtor to obtain a fair price for the property and often third party bidders at foreclosures would not bid amounts close to that. Also, from a bookkeeping perspective, if the lender purchased the property for the full amount that was owed, the bank would be exchanging one asset on its books – a debt owed to it – for another asset of identical or greater value – the foreclosed property. It did not matter that the actual fair market value of the property was much less; the lender could carry the property on its books at the price bid at the auction. In this way, the lender could put off taking the loss for months or even years as the property say vacant.

Contrary to this history, foreclosing lenders today seem increasingly willing to sell to third party bidders at the foreclosure auction. This suggests that auction bid prices are closer to the actual fair market value of the property which makes sense given rising values. This is also beneficial for the community since when the property is sold at auction to a third party, it is less likely to remain unoccupied for an extended period of time which is what happened when the lender bought at auction and then put the property on the market afterwards.

One final note related to foreclosures is that many of these third party buyers at auction are limited liability companies (LLCs) with names that suggest they are in the business of holding and renting properties over the long term. Properties being bought by these entities are typically two or three family homes that were once owner-occupied. Converting these from owner-occupied rentals to a more corporate ownership structure could have negative consequences if distant investor/owners fail to have an active local presence to oversee and maintain these properties. 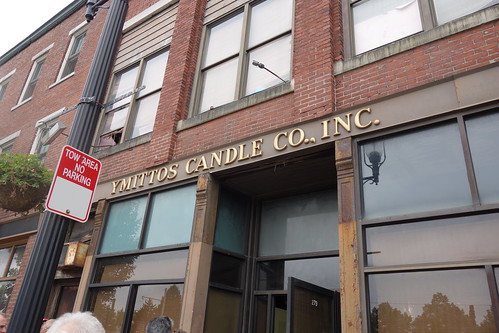 Every couple of weeks it’s worthwhile to check out the projects pending before the Lowell Planning Board. Here are a few worth noting:

279 Dutton Street – The former Ymittos Candle Manufacturing Company site (Ymittos sold the building and moved to 325 Chelmsford Street not long ago). This proposal would convert this building to several residential condominium units which would be consistent with adjacent structures on that part of Dutton Street.

70 Industrial Ave East – A proposal by Patriot Care Corporation to open an “adult use marijuana establishment.” This site is on the east side of the Lowell Connector (i.e., the side opposite the Cross Point towers) and is adjacent to the Courtyard by Marriott Hotel. Patriot already operates a medical marijuana facility in the same building. In its application, Patriot reminds us that the voters of Lowell supported the adult use referendum by a margin of 56 to 44 percent.

677-705 Pawtucket Boulevard (corner of Old Ferry Road) – This is a pre-application review of a proposed Market Basket store on the former drive in movie site behind JJ Boomers. This store would be 69,000 square feet in size and would have a 12,000 square foot retail space attached with more than 400 parking spaces. JJ Boomers would remain although the landscaping and layout of the entire parcel would be altered to improve access.

78-90 Lakeview Ave – The former Larry’s Comic’s building at the intersection of the VFW Highway and Lakeview Ave. The applicant here is a Domino’s Pizza franchisee who seeks to move the outlet now located at 681 Bridge Street into about half of this building (nothing yet on how the other half of the building would be used). Preliminary comments by city officials seem supportive although they would prefer that the customer portions of this building which will be the only side with windows be oriented towards Lakevew Ave rather than towards the VFW Highway as the submitted plan shows. This would enhance the walkability of Lakeview Ave at that point. 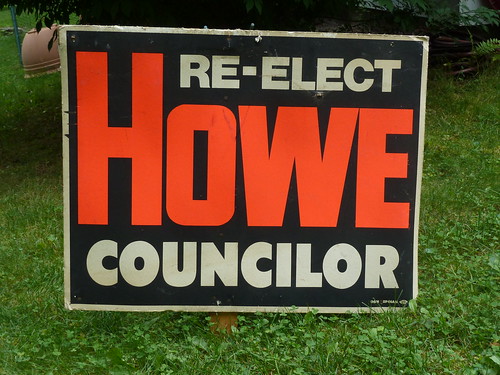 Most communities have ordinances or by-laws that limit the time during which political lawn signs may be displayed, however, almost all such ordinances were rendered unenforceable by a 2015 United States Supreme Court decision in Reed v. Town of Gilbert. Reed was the pastor of a church in Gilbert, Arizona, that rented space in various buildings in which to hold services. On Saturday, church members would place signs around town advertising the location and time of church services. This practice violated a town by-law that limited when and where signs could be erected. The town issued a citation and Pastor Reed sued, claiming the restriction violated his First Amendment right to free speech.

Although lower courts found for the town, the US Supreme Court, in a decision written by Justice Clarence Thomas, held that the sign ordinance was content-based and therefore was subject to “strict scrutiny” by the court, a standard almost impossible to meet. Thus, the town of Gilbert’s sign ordinance (and hundreds of thousands of other sign ordinances on the books in communities around the country) was rendered unconstitutional. Few municipalities have repealed their sign ordinances, but hardly any enforce them, particularly when it comes to political signs.

A Fun Saturday in Lowell

The arrival of warm weather brings an abundance of outdoor activities to Lowell. That was especially evident yesterday as the following photos attest: 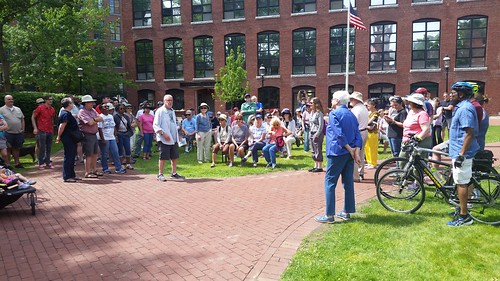 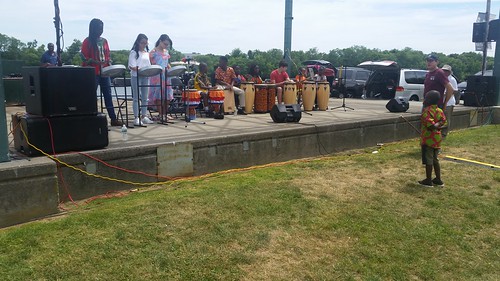 African Festival at Sampas Pavilion on bank of Merrimack River 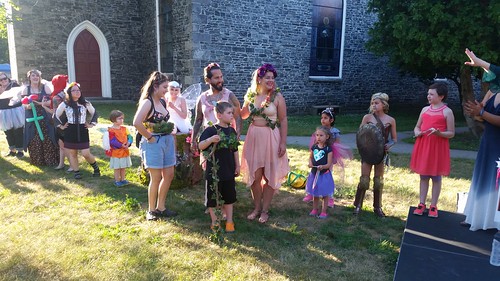 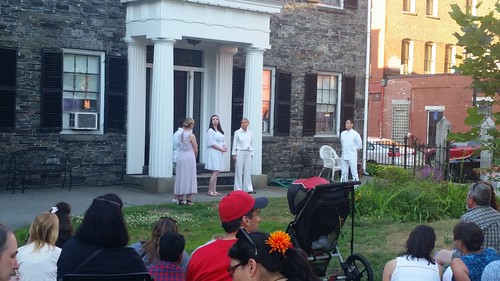