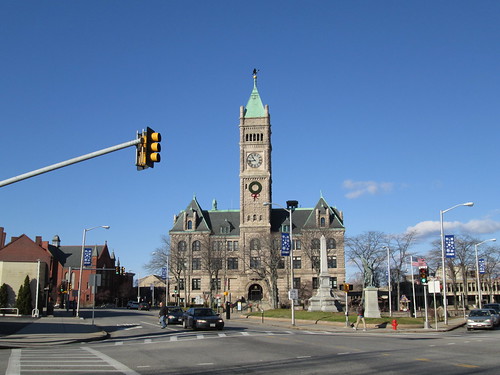 Pedestrian Safety at Intersection of Pawtucket Blvd. and Rourke Bridge. Councilor Conway thanks CM Murphy for the report. Says the report indicates pedestrian safety will be enhanced.

Utopian Park Hydro Sculpture. Councilor Mercier says the parks subcommittee will meet about this next Tuesday before the council meeting.

Merrimack Valley Food Bank. Councilor Leahy asks a DPD representative if there are any properties on Tanner Street that would be suitable. DPD person says it’s been a challenge to find a single story building of the size the Food Bank needs. The problem with Tanner Street is that there is contamination which is incompatible with food storage. DPD says Tanner Street might work in the long term after some environmental cleanup, but they need a short term solution. Councilor Elliott asks generally about how the city responds to businesses that ask for help in finding a suitable location. Yes, there are several databases.

Enhance Types of Businesses Attracted to the City. Resident speaks on this report, particularly a portion that recommends pop-up art galleries pending gaining a business occupant. Resident says Arlington, Mass imposes a $400 registration fee on vacant storefronts, but that can be waived if the landlord allows a popup installation. CC Leahy suggests scheduling a Saturday meet-and-greet session for local people to share their ideas on how we can attract businesses to locate in downtown. CC Mercier says the city used to have a downtown coordinator and asks if the city has one now. DPD responds that there is not a dedicated downtown coordinator but several employees fulfill all the duties of that position. CC Kennedy said a point raised by CC Leahy about the need for sprinklers and elevators sometimes is a major impediment to redevelopment of upper floors of downtown buildings. CC Kennedy asks for a report that identifies which buildings are lacking these things.

Traffic Control at Howe Bridge. CC Mercier says that when the city asked UMass Lowell to station their police officers at the bridge at rush hours and UMass Lowell said it didn’t not have the manpower. The Lowell Police are staffing the position instead. CC Mercier asks Police Chief Taylor about collaboration with UMass Lowell. Taylor says the Lowell Police and UML police work very closely together but says UML just does not have the personnel needed to do traffic control. Taylor says that intersection is a problem, mostly with vehicles blocking the intersection and with pedestrian safety. Taylor says the LPD will continue stationing an officer there. He says the University is conducting an educational campaign for the students to get them to better comply with pedestrian rules. UML also has a transportation committee that Taylor and others from the city sit on. They are looking for a long term solution, especially to congestion at these intersections. Councilor Leahy asks if UML can be forced to hire crossing guards to staff these intersections. He says we should insist on it and it would be “short money” for UML. Leahy suggests the UML students just ignore traffic control measures.

Ameresco Contract Scope and Savings. CC Milinazzo asks that this be referred to the Municipal Facilities subcommittee for further investigation. He says it is very impressive as to the amount of savings, but questions that if all of this work was done, why did the high school and so many other schools have issues with heat. CC Elliott asks if increases in electricity rates were factored into the report. DPD says that the report has a “rate escalation” factor built into it. Councilor Cirillo points out that the end of the report says the City Council may implement a “maintenance option” so she moves that the council adopted. CC Elliott asks if the council can get some information about the cost of doing this before it votes on it. DPD says the report may be unclear; that the line in question refers to future projects. There is no maintenance option on past projects that may be enacted right now. DPD and CM says they can get a cost estimate for current maintenance from Ameresco. CC Cirillo says that there will probably be a cost, but it will eventually save us money in the long run. CC Kennedy amends the motion to obtain a report from the City Manager on this.

Communication-Reappoint Dr. William J. Galvin III to Board of Health

Vote-Auth CM and or Board of Trustees of Lowell Memorial Auditorium proceed under MGL c.30 for Management Services for a 5 year term with an option for an additional 3 year extension. CC Elliott asks for a copy of the RFP that’s been sent out for this. CC Mercier asks for a more detailed explanation. CM explains that this council has made it clear that it wants more activity at LMA, so he is putting out this RFP. The existing 5 year contract is expiring. The city could enact the 3 year extension but he is choosing to put out the RFP now. He says the CM can only enter into a 3 year contract; the council has to approve a 5 year contract. Conor Baldwin says the new RFP is looking for more shows, but also for someone who is going to maintain the historic character of the building. Also, would shift the risk of loss to the management company instead of the city. Existing contractor, Spectrum, may submit an RFP. CC Kennedy asks if this vote allows the CM to proceed without coming back to the council. CM says he would come back to the council after the proposals have been received. CC Milinazzo asks about status of lease with Merrimack Repertory Theatre. CM says he will prepare a report on that. CC Kennedy says the main complaint about LMA is the lack of events. He compares it to a similar sized auditorium in the city of Lynn which has many more events each years. Kennedy says from meeting last year, it was clear that some shows make money and some lose money, so you need a management company that has deep pockets to absorb losses.

Vote-Auth CM and or Treasurer proceed under MGL 30B for Banking Services-5 year term. CC Milinazzo asks if the city has employees that are certified purchasing specialists who review the responses to RFP. City purchasing agent Michael Vaughn and his deputy have those certifications, so they review many of these things and answer any questions.

C Mercier – Req. City Council support naming the Parks Department building on Stedman Street in honor of Thomas R. Bellegarde for his many years of service. CC Mercier recounts the many accomplishments of Tom Bellegarde in his 40+ years of working for the city.

C Conway – Req. City Council create subcommittee on Municipal Health Insurance. CC Conway explains that 4000 in the city have health insurance through the city at a considerable cost. He says this motion is not to take the place of the city manager in negotiating contracts but just to obtain information. CC Milinazzo says he understands the intent of the motion, but he believes it should be referred to the Finance Subcommittee if it is referred anywhere. Mayor Samaras (sitting on the floor) says he believes this motion is out of order and offers a substitute motion that refers this to the city manager and the city solicitor. He fears this motion would violate the city charter in that it would interfere with the city manager’s ability to negotiate contracts. CC Elliott says it makes sense to refer it to the city manager. Mentions the state’s GIC decision first to eliminate some health plans and then their reversal of that decision got many people understandably nervous. He believes the intent of the motion it to share information on things like that in a timely manner. CC Kennedy asks the city solicitor on the issue the mayor has raised. Solicitor says she’d like to speak directly with the maker of the motion about the intent, so if it is referred to the city manager, she could have that discussion and include it in the report.

C Cirillo – Req. City Mgr. provide a report regarding cost analysis of recycling pick-up every week comparing it to current cost pick-up of every other week; in addition provide possible options for residents that bins overflow i.e. a second bin for people who request it. Resident speaks in support of motion. Says he exceeds the capacity of his bin and believes many others do too. CC Cirillo believes that as people become more aware of recycling, there will be more overflow of recycling bins. She believes that the city should assist residents who are dedicated to recycling with either a second bin or more frequent pickups. CC Elliott says there was a report on this two years ago that said it would be quite costly. CM says it will be addressed in the report. CC Leahy asks when the recycling pick up contract comes up for renewal. This coming December. CC Kennedy says everyone recognizes it is cheaper to pickup recycling than trash, so the more we recycle, the better.

C Cirillo – Req. City Mgr. provide a report regarding Lowell Memorial Auditorium; said report to include updates on proposals for a management company due February 22nd, money allotted in budget for use and upgrades including larger loading dock doors and restrooms, and efforts being made to increase its use. CC Cirillo acknowledges that some of these issues were addressed earlier. She asks CM if anyone between Spectrum and the Peter Lally group has expressed interest. CM Murphy said no. CC Cirillo mentions very popular groups the regularly perform in Boston, so we should be able to attract them to Lowell to the Auditorium.

ANNOUNCEMENTS. Friends of Council on Aging end of year report showed that the organization raises substantial money that relieves the city of expenses that it would otherwise be expected to provide.