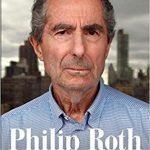 Through the years, writers on this blog have taken up the subject of Place as a way to talk about what it means to feel part of a community. The term “sense of place” is familiar to most of us, but that feeling is intangible and sometimes difficult to define. Community planners, city and town planners,  these days like to talk about “place-making” as a way to create distinctive identities for their communities, something that is considered good for community psychology (makes people feel like they belong and encourages people to take care of what’s around them) as well as a good thing for the local economy—a competitive advantage for being special. Recently, I read two magazine articles that touched on the idea of Place and the ways in which a filmmaker and a writer have both explored their local places and contributed to the understanding and value of those local places. Artists of all kinds (painters, novelists, filmmakers, photographers, musicians, dancers, etc) play an important role in drawing out, expressing, and adding to the unique sense of place in communities everywhere. When Dr. Patrick Mogan and others in Lowell advocated for a stronger appreciation of the city’s history in the 1960s and ’70s, they talked about residents being alienated from their community because they lacked a sense of connection to and affection for the place. Feeling like you belong somewhere and wanting to be part of a place can make your life feel more coherent, more meaningful.— PM

“Chris Rock put his finger on the irony in ‘Brooklyn Boheme,’ Diane Pragas and Nelson George’s 2011 documentary about the black-and-Latino creative community that blossomed in Fort Green in the ‘80s and ‘90s. ‘Spike [Lee] made “She’s Gotta Have It,” [Chris] Rock said, ‘and Fort Greene just became like – Brooklyn! Like, wow, there’s a place in Brooklyn where black people live, and it’s nice.’” The complicated truth is that Lee, in film after film and more than almost any other single denizen, has played an integral part in his borough’s renewal process, with deeply urbane and humane portraits of his home that proved more attractive than even he may have intended.”

About film director Spike Lee’s influence on Brooklyn. From “He’s Gotta Have It: What Happens to a Provocateur like Spike Lee when the Culture Catches Up to Him?” by Thomas Chatterton Williams, NY Times Magazine, 11-26-17

“[Philip] Roth’s patriotic proposal invests not in the arc of history—which perhaps resembles too easily that eighth-grade pageant of Tolerance defeating Prejudice—but in a more fully realized sense of simple belonging. He proposes a patriotism of place and person rather than of class and cause. His patriotism recognizes how helplessly dependent we are on a network of associations and communal energy, of which we become fully aware only as it disappears. Not only can you go home again, Roth insists. You can only go home again. You get America right by remembering Newark [N.J.] as it really was.

“Making the point that only by having a deep local sense of place can one have a larger loyalty that contains within it the necessary contradictions and limits, he both narrows his allegiances to working-class Newark and makes Newark a miniature of America. Roth calls this, in a final summation, ‘the ruthless intimacy of fiction.’ He insists that “Newark was my sensory key to all the rest,’ and that “this passion for  specificity, for the hypnotic materiality of the world one is in, is all but the heart of the task to which every American novelist has been enjoined since Melville and his whale and Twain and his river: to discover the most arresting, evocative verbal depiction for every last American thing.’

“This task can be encyclopedic, as in Melville and Pynchon, or it can be microscopic, as Roth now views his own. The job is to be attached to a place as one is attached to a self: not looking past its flaws, but literally unable to imagine life without it.”

From “The Patriot: The Collective Nonfiction of Philip Roth,” a review by Adam Gopnik, The New Yorker, 11-13-17