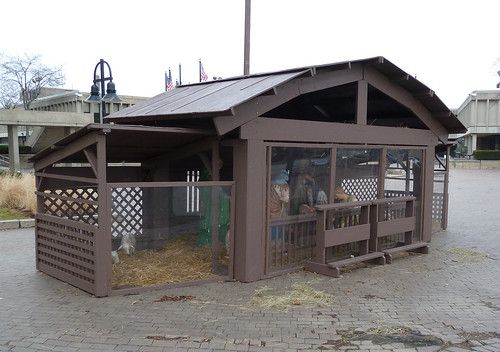 By David Daniel, from Inflections & Innuendos, a collection of very short fiction.

He shrugged. We had lost our shirts. What the hell; I had a closet full of shirts. I’d only partnered with Charlie as an investor. I’d lost my wife that July 22nd. Charlie was still wearing the pink ribbon that folks wore at the funeral.

I recalled an earlier drunken Charlie Webb in a Christmas season long past, back when we were in our twenties, sharing an apartment over on Mill Street, in the student ghetto. Our other roommate, Donny DelGado, was younger, in school. Charlie was in school too, both of them going to avoid being drafted. In Charlie’s case the cover didn’t last long. Me, I was out of the army and taking a few classes. I didn’t even sign up, just went over to campus and sat in on things that looked halfway interesting. One was a class in Fortran, that’s how long ago it was—and though I didn’t know it at the time, it set me on a road that led to my getting a degree in computer science and a career that lasted almost forty years. Another class (one lecture’s worth) happened to be a British Lit course given by a tall gawky guy who wore a bow tie that bobbled on his Adam’s apple as he spoke, and who I later discovered was a renowned scholar. On the one day I attended class he was speaking about a poet named Walter de la Mare; and maybe it was a combination of the eccentric professor and the poet with the weird name, but I stayed, oddly fascinated, sitting at the back of the lecture hall as he presented a poem, which he recited from memory. The poem was called “Alone” and it made an impression on me. Maybe because I was back from the Viet Nam War and something in the lines spoke to how I was feeling. “Come moth, come shadow, the world is dead . . .”

Charlie Webb was in college merely to avoid the draft. A student wasn’t anything he had ever been, not back in our days in high school, certainly not then, and not since. Charlie was always alive in the moment, and his moment ran high on drama.

I remember a night shortly before the term ended for Christmas break. He’d left behind in the dormitory storage room some piece of furniture—an easy chair, I think. But when he went to claim it for our ratty off-campus apartment, it was gone. The three of us had been drinking of course, the alchemies of the season, and factor in Donny DelGado’s wine, too. Donny’s family were bearers of their ethnic heritage and his dad grew grapes on an arbor in their tiny yard and made wine—wine it’d be smarter to gargle and spit out than drink, but students are cheap drunks, or, at least drink cheap. We knocked back most of a gallon jug and as we stood there outside Charlie’s old dorm, a vast hive-like structure of brick and concrete, Charlie suddenly cried, “Step back.” Before we could move, he’d grabbed a corner of the building in his arms and, with righteous indignation, was shouting into the courtyard: “I’m gonna turn this place upside down till I get my chair!”

The thought of anyone being afraid of Charlie Webb, then or now, was risible. He stood about five four and had a head of curly yellow hair—gray now, though still thick. He looked like a drunken Christmas angel, as harmless as Frank Capra’s Clarence. As I said, he was no student, it just wasn’t in his DNA. After another semester he flunked out and got drafted, would have ended up in the army except on the day of his induction the marines were a few good men short on their quota.

I had found and memorized it. It was called “Alone.” I didn’t know then, or care, that de la Mare wasn’t a poet critics thought much of anymore. I still don’t care. I recited it.

The abode of the nightingale is bare,
Flowered frost congeals in the gelid air,
The fox howls from his frozen lair:
Alas, my loved one is gone,
I am alone:
It is winter.

Once the pink cast a winy smell,
The wild bee hung in the hyacinth bell,
Light in effulgence of beauty fell:
I am alone:
It is winter.

My candle a silent fire doth shed,
Starry Orion hunts o’erhead;
Come moth, come shadow, the world is dead:
Alas, my loved one is gone,
I am alone;
It is winter.

Outside the snow had that blue cast that comes once the afternoon has tipped toward dusk. Beyond the lines of unbought trees, I saw a big crow perched on a snow bank: a simple world. A world that made me think of pre-9/11, before John Lennon was murdered, and John Kennedy even.

We selected two of the best firs and Charlie used a saw (as I watched nervously) and put a fresh cut on them, then we loaded them into the back of my SUV.

“Ready, but none of that. Let the trees be holiday cheer enough.”

“We’ll swing by my house and get some lights,” I said, turning back to now. “There are plenty.” I didn’t tell him I hadn’t set up a tree this year. It was something Linda and I had always done together.

7 Responses to “The Day before Christmas” by David Daniel