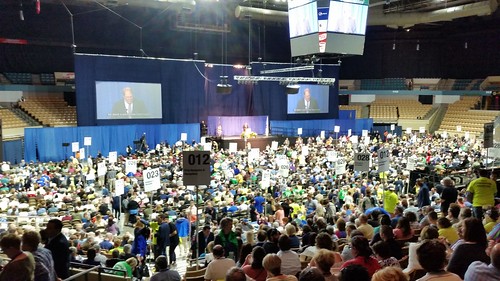 Gus Bickford, chair of the Mass Democratic Party and a Westford resident, calls the 2017 state convention to order at Worcester’s DCU Center

The 2017 Democratic State Convention was held in Worcester yesterday at the DCU Center. While this would normally be an “off” year and sparsely attended because there is no state election in 2017, this year’s convention was packed with more than 5000 delegates in attendance including 1500 who were at their first convention. The reason for the big crowd and the enthusiasm of those in attendance was the state of political affairs at the national level.

The official and primary purpose of this convention was to establish the state Democratic Party Platform for the coming year, but it also provided an opportunity for statewide elected Democrats to speak to delegates and for the announced candidates for governor – Setti Warren, Jay Gonzalez, and Bob Massie – to introduce or re-introduce themselves. The three would-be governors used their speeches to criticize Governor Baker for a variety of things, but a difficult task nonetheless given Baker’s current popularity in the Commonwealth. (When I was asked on the convention floor, “do you think any of them has a chance?” I would always say that in 1991, President George H. W. Bush had a 90 percent approval rating but lost to Bill Clinton the following year, so anything was possible). 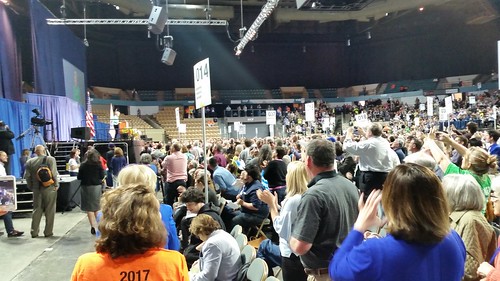 The highlight of the day – based on the amount of applause and standing ovations – was the speech by Senator Elizabeth Warren. She began by listing all the ways in which Massachusetts will be harmed by the budget proposed by President Trump, from cuts in food stamps and social security disability, to reductions in funding for local education and the elimination of TIGER grants to repair bridges. She said a budget is a moral statement of your values. Based on that, “Donald Trump’s budget is immoral.” She cautioned everyone that “we can’t pretend that it will all be OK because we live in Massachusetts.” We can’t stay quiet. We must fight back. Silence is no longer an option. Warren went on to say that government must work for everyone, not just for the extremely wealthy. She advocates making college affordable for everyone, supporting public schools, safeguarding social security and medicare so that people can retire with dignity, and, as Warren put it, “I can’t believe I’m saying this in 2017, but women must be treated as full and equal citizens.” She closed by saying that “the reason Donald Trump attacks us and calls us names is because he’s scared of us. Like all bullies, what keeps him in fear is someone who will fight back. Massachusetts must lead the fight against this dangerous bully until we have a president who cares more about serving the American people than himself and his billionaire buddies. This is not what we wanted, but this is what we got, and we will resist, persist, and we will fight.”

Attorney General Maura Healey generated much enthusiasm with her remarks. She recalled stating publicly shortly after President Trump’s inauguration that if he attempted to undo the progress that has been made in America, that “we’ll see you in court.” Healey confessed that at the time, she didn’t expect to be in court against Trump so soon or so often as has been the case. Healey next reached into her basketball-playing past to say that the best defense is a good offense and urged those in attendance not to be content with defending our gains but to keep pushing to improve schools, strengthen consumer protection, and to overcome the scourge of opioid addiction.

Secretary of State Bill Galvin in his remarks said that President Trump needs to be continuously called out on his many lies. He said that we are all outraged about Trump’s pronouncements and his policies, but then Galvin asked, “what are we going to do about it?” He said it is important to reach out to people everywhere, reminding the audience that in Massachusetts, one out of three people voted for Trump in the presidential election. He said that Democrats must be the party of inclusion and that we must listen to working people who have felt excluded. He predicted that Massachusetts could lead the way in bringing these voters back to the Democratic party. He also recalled that in 1972, Massachusetts stood alone as the only state not to vote for Richard Nixon, but that within two years, Nixon was no longer president. Galvin didn’t say it outright, but he certainly implied that he thinks history might repeat itself.

This coming Tuesday night, June 6, 2017, the city council will have a special meeting to receive an abundance of reports and information on the Lowell High School project. The meeting is at 6:30 pm in the council chamber at City Hall. I plan to watch it and do a blog post about it immediately afterwards. In the meantime, all of the relevant motion responses, studies, and presentations are available for viewing right now on the city website.

The reason the Tuesday night meeting is a “special” one is because the council is now on its every-other week summer schedule. Consequently, the next regular council meeting will be on Tuesday, June 13, 2017. Since that will be the night of the Lowell High vote, the meeting will be anything but regular, but you know what I mean. 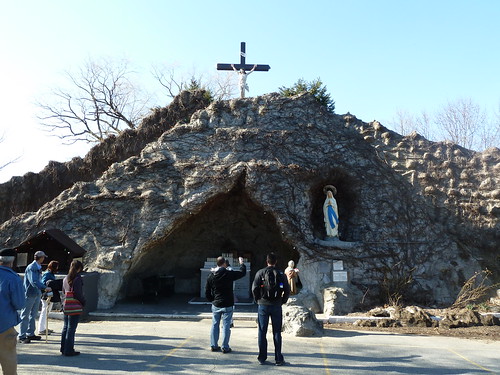 Good News on Grants for Lowell

Congratulations to the Coalition for a Better Acre which announced this week that it had been awarded a $500,000 grant for a new canal-side park on the Northern Canal behind the soon to be renovated and redeveloped Franco-American School. The Northern Canal walkway was once the most popular “promenade” in the city and this new park, which will include the Grotto and the Stations of the Cross now on the Franco School property, could do much to revive that portion of the Northern Canal for recreational and cultural uses. 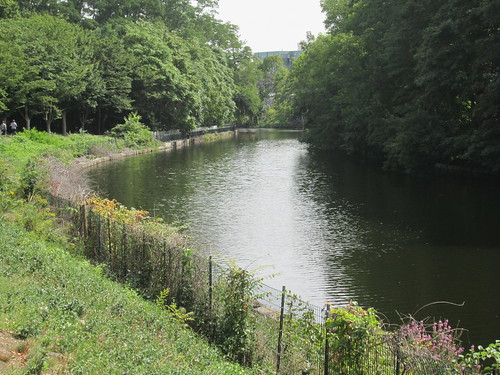 Congratulations also to the UMass Lowell Center for Asian American Studies which just received a $239,000 grant from the National Endowment for the Humanities to set up a digital archive to help preserve the history of Southeast Asians in Lowell.

Lowell Walks Kicks Off this Saturday

As the previous item makes clear, two big things Lowell has going for it are its waterways and its history. Those two elements will come together next Saturday morning when the summertime Lowell Walks series commences with a walking tour of the Western Canal. Like all the Lowell Walks, this one will begin at Lowell National Park Visitor Center at 246 Market Street at 10 am (on Saturday, June 10, 2017). The walk will take 90 minutes, is free, and requires no advance registration.

On every Saturday morning thereafter (except at the 4th of July and Folk Festival weekend) there will be another walk with a different topic and tour guide. Here is the schedule for this summer: