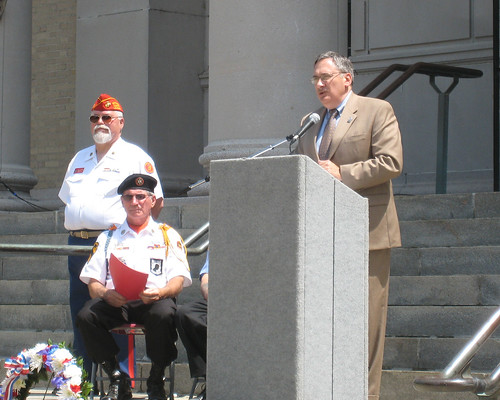 The announcement by Jim Milinazzo that he would not seek reelection to the Lowell City Council brings local politics to the forefront this week. With all eight of his council colleagues apparently running again, having a “vacancy” in the incumbent lineup changes the dynamics of the race.

My dad, Richard P. Howe, Sr., who was elected to the city council twenty consecutive times, always said that in order to replace an incumbent, a newcomer has to actively make the case for change. Simply running on your resume and perceived popularity is most often a losing strategy since the incumbents get much more exposure and are far more familiar to voters. But in a vote for nine race, adopting a campaign strategy that criticizes incumbents might seem unwise since people who vote primarily for one of the incumbents might also give you a vote, but not if you’re attacking their most favored candidate.

My own observation is that most candidates grossly underestimate what it takes to run a winning race and how difficult it is to win a seat on the city council. Jim Milinazzo’s electoral career provides an example of that. Before running for city council, Milinazzo had served as the city’s planning director, as the executive director of the Lowell Housing Authority, and as an executive at a local bank, all positions in which he did well and which gave him a high public profile. Yet the first time he ran for Lowell City Council he finished tenth. That was 2001 and all nine incumbents ran and were reelected.

Milinazzo ran again in 2003 with better results. He finished third that year, the only non-incumbent to win. (The ninth incumbent, Dan Tenczar, did not seek reelection). Milinazzo slid to seventh place in 2005, ninth place in 2007, and rebounded to fifth place in 2009, when he was also unanimously elected mayor by his colleagues.

Being mayor can be a precarious position electorally, as Milinazzo found out in the 2011 election in which he finished twelfth. (In that same election, two incumbent school committee members, Jackie Doherty and Alison Laraba, both lost and a third, John Leahy, finished eleventh in the city council race).  Milinazzo returned to the city council in 2013, finishing a strong fifth and was reelected again in 2015, finishing sixth.

Personally, I was disappointed by Jim’s announcement. I have agreed with him on most issues, and have admired the way he forcefully speaks out on controversial topics when some of his colleagues adopt the more politically-palatable tactic of silence. Had he run again this time, he would have been an extremely strong candidate, but the demands of this position as Executive Director of the Revere Housing Authority apparently keep him from devoting what he sees as the necessary attention to the city council and so he has opted not to run again.

Perhaps the person aided most by Jim Milinazzo’s announcement is Robert Gignac, an incumbent school committee member who on Monday announced his candidacy for city council. Gignac, a 28-year old Centralville home owner, was first elected to the Lowell School Committee in 2011 (the same year Mayor Milinazzo and several incumbent school committee members lost). In 2013, Gignac drew the short straw when all six school committee incumbents ran for reelection with former city councilor Stephen Gendron as the sole challenger. Gendron won; Gignac lost. But Robert came back in 2015, finishing fifth in a twelve person race.

Because of the public exposure that flows from being an incumbent school committee person and the fact that he has been on the city ballot in each of the last three elections, I say that Gignac benefits most from Milinazzo’s departure. But history tells us that making the leap from school committee to city council is no sure thing.

Jim Leary is a rare example of one who made a seamless electoral transition from school committee to city council. He topped the school committee ticket in 2013, then finished ninth in the 2015 city council race (aided, perhaps by longtime council incumbent Bill Martin’s decision not to seek reelection that year). But others have been unsuccessful in using a school committee seat as the launch pad for a council run. Here are some examples:

2011 – John Leahy, who finished second in the 2009 school committee race, finished eleventh in the 2011 city council election (although Leahy was elected to the council in 2013 and remains there now).

2005 – Joe Mendonca, who finished fifth in the 2003 school committee race, finished tenth in the 2005 city council election (although Mendonca joined the council mid-term when George Ramirez resigned, and was elected to the council in his own right in 2007).

To the best of my knowledge, with the exception of Councilor Milinazzo who is not running for reelection, and School Committee member Gignac, who is running for city council, all the remaining incumbents on both city council and school committee are seeking reelection.

If I’ve missed anyone who is running, please email me at DickHoweJr[at]gmail.com and I’ll immediately add you to the list.

For some historical perspective for this year’s race, here are the council and school committee results from 2015:

This Tuesday’s City Council meeting was supposed to be the big vote on the future of Lowell High School. Because various studies essential to casting that vote have not yet been completed, the vote is now scheduled for the June 13, 2017 council meeting, although that could change too. However, there are at least five “request permission to address the council” individual citizen petitions regarding Lowell High on the council agenda for this Tuesday.

The council will also vote on a $11mil loan order as part of the city’s capital plan. This money will be used for at least 15 items ranging from sidewalk paving to the purchase of new vehicles.

There are also eleven council motions on the agenda: 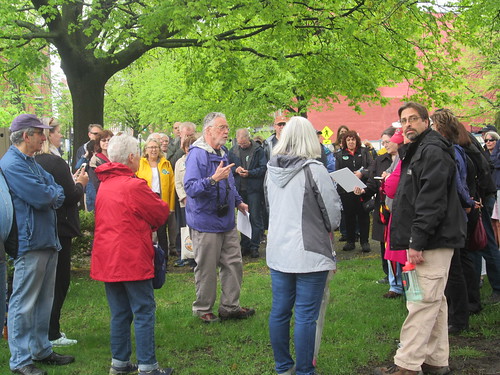 Thanks to Bob Forrant for leading yesterday’s Lowell Walk on Labor in Lowell. Despite dreary weather conditions, 73 people participated in the walk.

Lowell Walks continues next weekend with the spring tours of Lowell Cemetery. The same tour will be given on Friday, May 12, 2017 at 1 pm and again on Saturday, May 13, 2017 at 10 am. Both tours begin at the Lawrence Street gate of the cemetery.

The summer season of Lowell Walks will kick off on Saturday, June 10, 2017 at 10 am from Lowell National Park Visitor Center. That walk, which will be led by me, covers the history of the Western Canal and its surroundings. On each Saturday morning after that except for July 4th and Folk Festival weekend, there will be another Lowell Walk. Please consider joining us.