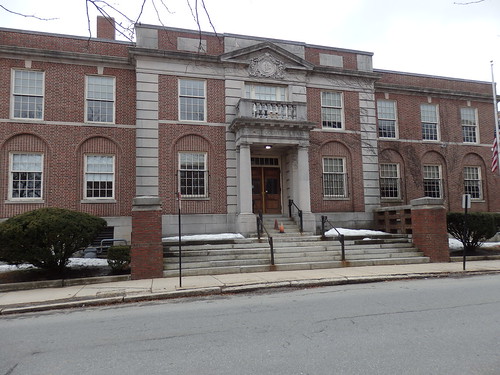 Lowell District Court. One of the busiest courts in Massachusetts

When he visited Lowell earlier this month, Chief Justice Ralph Gants of the Massachusetts Supreme Judicial Court said one of his major concerns is how the state’s criminal justice system assesses and collects fees and fines on defendants. These mandated payments are embedded throughout. Upon failure to pay, a judge may incarcerate a defendant to “work off” the debt. For each day behind bars, $30 is credited to the defendant’s account.

Chief Gants’ concern is that this creates a two tiered criminal justice system. One pathway for those with money; another – a pathway that leads to incarceration – for those who don’t have money. So for two defendants facing identical charges, facts and circumstances, the one with money, or with family or friends who have money, who is able to pay, spends not a moment in jail. The other defendant – the one without money – might spend weeks behind bars.

And before you think, “anyone can find the money if they try hard enough,” remember that thinking like that is a luxury reserved for someone with money.

Yesterday’s Globe reported that Governor Charlie Baker has filed legislation that would try to address the unfairness of the current system by allowing defendants to “work off” their fines and fees through community service work, rather than through incarceration.  This is certainly a step in the right direction and it should be supported.

Still, replacing incarceration for non-payment of fees and fines with community service is not a magical solution to this problem. Community service opportunities sound great, but as a practical matter there are few available to court-involved individuals, and the cost of the bureaucratic infrastructure needed to supervise and administer the system would cut into the revenue expected from the fees and fines in the first place. But despite those concerns, this looks like a wise and much needed proposal.