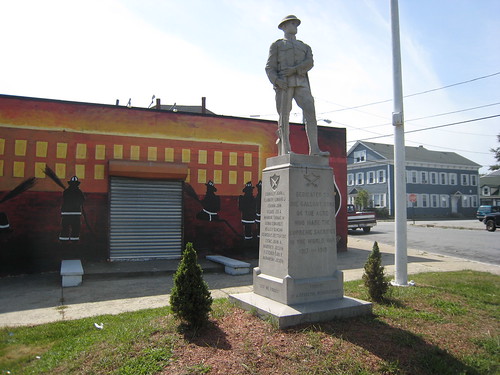 This year marks the centennial of the entry of the United States into World War One. To help commemorate this anniversary in Lowell, each week during 2017 and 2018, I hope to post the daily headlines that appeared in Lowell newspapers at that time.

The United States formally declared war on Germany on April 6, 1917. Today, we look at the two weeks that preceded that declaration.

March 20, 1917 – Tuesday – War orders given to Navy: Officials admit state of war exists. Further steps to protect American lives and property against U-boats. US ships may cooperate with British and French fleets to clear submarines out of shipping lanes.  Change in road grade at new bridge will cost $8450. This new plan is the outgrowth of agitation instigated by members of the Pawtucketville Improvement association.

March 22, 1917 – Thursday – U.S. Rushes war plans. Germany must yield before reported offer to mediate will be considered. Old Bartlett school gutted by fire at early hour this morning. Building was being used as vocational school for boys.

March 30, 1917 – Friday – Batteries called into Federal Service; additional Guard forces in Eastern states to be called out. Battery C to be nucleus of new Mass Field Artillery Regiment. Sentiment of country favors declaration of state of war. Lowell Day exercises in public and private schools today. (Lowell Day is April 1 but since that was a Sunday, it was celebrated on Friday, March 30. Lowell Day commemorates the establishment of Lowell as a city in 1836).