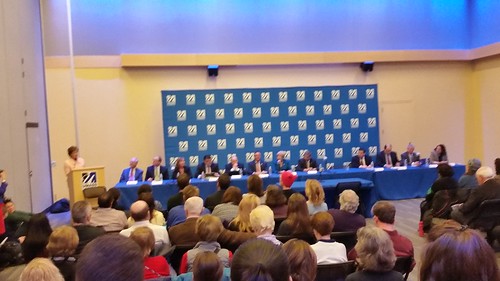 This past Tuesday night I attended the Commonwealth Conversations event at UMass Lowell which featured twelve State Senators visiting Lowell to listen to the concerns of area residents. It was an impressive event which I wrote about in a separate post. Please take a look at it if you haven’t already done so.

Because I had another commitment on Tuesday night, I didn’t get to watch the city council meeting live on cable TV. I did watch the replay yesterday. I didn’t create a full transcript, but there were a few items worth mentioning.

It sounds like the final vote to select the site of the new Lowell High School will come on Tuesday, May 9, 2017 which is just six weeks away. When some councilors expressed concern about the city’s ability to have everything required for that decision in place by then, Manager Murphy explained that the reason May 9 is the target is to have the vote accomplished in time for the state school building authority’s June meeting. But there is another state meeting in August, so if the city needs more time to take the vote, it can be delayed which won’t be fatal to the process.

One of the reasons for concerns over scheduling was because at Tuesday’s meeting, the vote to begin the Article 97 process for removing the use restrictions on the Cawley site was delayed for a week when Councilor Jim Milinazzo objected to the second reading of the vote. Milinazzo later explained that the council has repeatedly said that it wants to receive input from all residents of the city. To that end, informational meeting were scheduled at the Senior Center and the Cambodian Mutual Assistance Association on Wednesday and Thursday nights, the night after and two nights after the council meeting. Milinazzo said he thought it was inconsistent for the council to take the Article 97 vote just before those two sessions were held. He added that he does not object to the council voting on Article 97, he just wanted it to be after the two informational sessions.

The council then bundled most of the Cawley-related motions together. Manager Murphy briefed councilors on a meeting he had last week with the State Secretary of Environmental Affairs who advised the city to continue moving forward with the Article 97 process and to work with the state on replicating the Cawley fields that would be displaced by building a new high school there. Councilors asked lots of questions to the City Manager about the reasoning behind the replication requirements and restrictions. By their words and body language, several councilors made it clear that they did not like the answers given to them by the city manager. But in this case, the manager is just relaying to the council the position of the state Environmental Affairs office. If councilors don’t like the response, they always have the option to challenge it in court. But no one on the council will suggest doing that because it would delay the process by years, not by weeks.

In discussing the process of replicating the Cawley space with greenspace elsewhere, Manager Murphy explained that even though the area at Cawley to be taken for school use would be slightly more than 3 acres, the state is requiring Lowell to put forth nearly 22 acres of space in exchange. Murphy explained that the city has identified six different sites that total 22 acres and is now searching the title of each parcel to ensure that none of them carry restrictions of their own.

I’m anxious to learn where these sites are and the city’s plans for their intended use. Quite apart from the whole Lowell High construction issue, the city can always use more greenspace, so perhaps these sites will add to our collective recreational land inventory. That would be an unexpected benefit of this whole debate.

All Lowell High, All the Time

The intensity of the Lowell High siting debate has sucked up all the political oxygen in the city, leaving critically important issues lurking in the shadows. For instance, isn’t the city’s FY18 budget proposal due out soon? I assume people at city hall are working on it, but is it receiving the attention it should from the council and the public, or has the high school project pre-empted that?

A reminder that there’s more going on in the city than constructing a new high school came last Tuesday in the form of a vote on a $1.2 million loan order to pay architectural and design services for the new Hamilton Canal Parking Garage. A few questions were asked by councilors about the garage, but nothing about what’s going on in the Hamilton Canal District, which seems very off the council’s radar these days.

And in comments about the parking garage design loan order, Manager Murphy added that the city will soon conduct a survey on downtown parking needs. He expects that to show that a second garage in the Hamilton Canal District, and another garage for the rest of downtown, will be needed.

Building three new parking garages (two in Hamilton Canal and one somewhere else downtown) exclusively with city funds will be an expensive undertaking. Yet many in the city believe there is too much emphasis on parking garages and not enough attention given to alternative means of transportation. Having a public discussion on that issue as a way of gaining a shared vision of how the city should proceed into the future is critically important, but that’s not likely to happen anytime soon due to the new High School issue shoving everything else off stage.

This Tuesday night, the Council will take the vote to file special legislation granting permission to utilize Cawley Land in accordance with Article 97 of Massachusetts Constitution. There are also twelve motions on the agenda. Here they are:

COUNCILOR Milinazzo – Request City Manager provide a report to the City Council regarding trash fines collected over the last 12 months per the City ordinance.

MAYOR Kennedy – Request City Manager have the proper department install a street light in the vicinity of 5 W Tenth Street.

MAYOR Kennedy – Request City Manager consider establishing a translation bureau in the lobby of City Hall on Tuesdays, in order to provide interpreters in Spanish, Khmer, Portuguese and any other relevant languages.

MAYOR Kennedy – Request City Manager consider and report to the Council on the feasibility of having the City of Lowell participate in the Clean River Project.

For nearly a year, there has been talk of establishing a Business Improvement District in downtown Lowell. Generally, a Business Improvement District (BID) is a designated area in which businesses are assessed a fee that is pooled to fund projects within the BID’s boundaries. This week, the City Manager has provided the council with a report on that initiative. Here’s the key paragraph:

“After significant efforts by both the private sector leaders and the City working together to educated the property owners, it was mutually agreed upon during a meeting last Friday to postpone the process for establishing a BID until 2018. While the idea of creating this district is very positive and has shown good results in other communities, it was felt that the timing of bringing this new district forward would be better accomplished at a later time.” 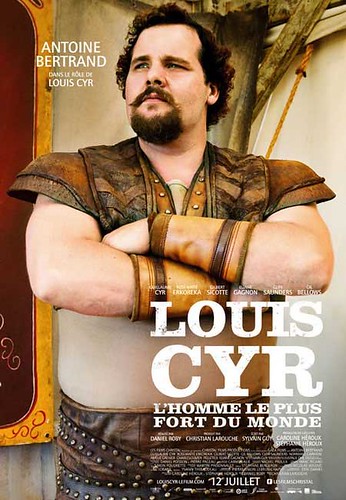 On Monday, April 3, 2017 at 7:35 pm, the Lowell Historical Society and Jeanne d’Arc Credit Union will present a free screening of Louis Cyr: The Strongest Man in the World at Luna Theater, Mill No. 5, 250 Jackson Street in Lowell.

In my Legendary Locals of Lowell book, I wrote this about Cyr:

“Born in Quebec as Cyprien-Noe Cyr (1863-1912), he came to Lowell with his family at age 15, changed his name to Louis, and began entering strongman competitions.  His many feats – lifting 500 pounds with three fingers and carrying 4,337 pounds on his back – suggest Cyr was the strongest man who ever lived.  Eventually he left Lowell to work as a police officer in Montreal while continuing to entertain as a strongman.”

Please check out the movie trailer which features scenes from 19th century Lowell.