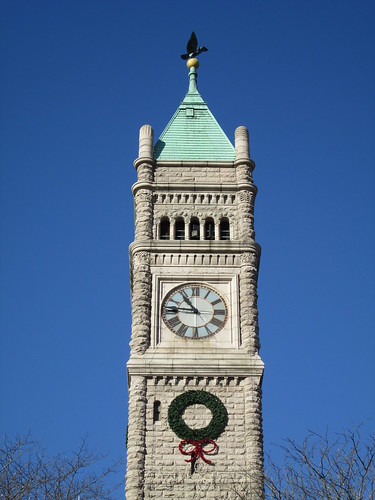 A couple of discussions from last Tuesday’s City Council meeting are worth mentioning. The first was about the planned expansion of Lowell High School. Some preliminary cost estimates that had appeared the week before were so high that a sense of panic seemed to emerge in some quarters. Some of that was apparent in the discussion on Councilor Corey Belanger’s motion to explore a non-binding referendum on a new high school. But towards the end of that motion debate, both Mayor Ed Kennedy and City Manager Kevin Murphy emphatically stated that everyone should hold off until early in the new year when a detailed recommendation and cost estimate will be issued by the architects and consultants driving the planning process. That seemed to calm everyone down, at least for the time being.

One important observation several councilors made was about the relative lack of participation by average citizens during the public information opportunities offered at neighborhood meetings and other events during the past few months. If there is not a large, vocal, and well-organized constituency in favor of either an entirely new high school or transformative renovations to the existing facility, it will be difficult for councilors to vote for such a major capital expenditure.

Another interesting discussion at Tuesday’s meeting was the report of the Transportation Subcommittee on its meeting that had taken place earlier that evening. Subcommittee chair Dan Rourke said they had discussed intermodal transportation from the Gallagher Terminal, including newly installed Zip Cars; an initiative coming next month that will allow all UMass Lowell students to ride LRTA buses simply by swiping their ID cards; and some plans for making longer-than-we-realize Chelmsford Street safer and more welcoming for walkers and bikers.

I caught about 15 minutes of the subcommittee meeting and found the discussion to be very interesting. Unfortunately, neither that meeting nor the council meeting video recordings appear to be available on the LTC website right now. Once they are, I plan to watch the entire Subcommittee meeting and post a full report here.

The council is off for the next two weeks because of the Christmas and New Years holidays. I plan a Week in Review post for next Saturday (December 24, 2016), but won’t be posting anything on Sunday (Christmas Day). Also, look for a Year in Review column the following Sunday, January 1, 2017. 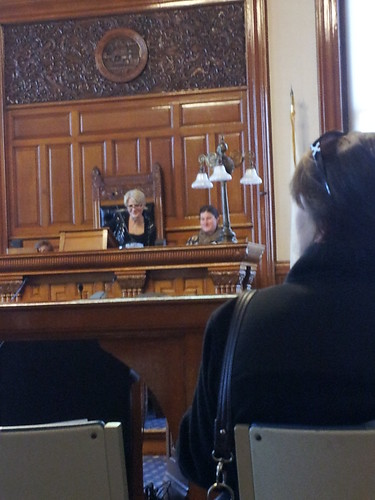 On Wednesday the Lowell Tax Collector’s office recorded 237 tax takings at the registry of deeds. When a real estate owner fails to pay taxes when due, the municipality may “take” the property for non-payment of taxes. The recording of a tax taking document is the start of a long and complicated process that could end up with the city becoming the property owner.

Historically, municipalities have been more interested in collecting taxes than in owning more property, so it was very rare for local governments to do more than just leave the tax taking on record as a type of super-lien earning 18 percent interest. Eventually, the homeowner (or more likely, the homeowner’s heirs) would sell the property and the city would get full payment of all back taxes from the proceeds.

Even though the city would eventually get its money, not getting it in the same fiscal year it was assessed could wreak havoc with municipal budgets, especially if too many property owners were delinquent in their tax payments. However, even if the city was to aggressively pursue the legal steps necessary to foreclose the right of property owners and then sell the property to a third party, it would be several years until the city saw any of that money.

However, there is another option. Just as mortgage lenders can “assign” the right to receive repayment to another entity in exchange for an upfront payment of an amount close to the present value of that debt, so the city can assign these tax takings to an investor.

Starting in 2012, that is what the city has done. Lowell “bundles” groups of tax takings together, blending more desirable and less desirable properties to be auctioned as a single package. This would prevent investors from cherry-picking the best properties and leaving the city with parcels of little value.

Every year since then, the city has auctioned off its tax takings. In many cases, just the threat of the auction causes a stampede of tardy tax payers to descend on City Hall and either pay up, or at least enter into strict payment plans. But quite a few properties remain in arrears and those are the ones auctioned off.

In almost all the city’s tax lien auctions, the winning bidder has been a group of Boston-based lawyers who organize themselves as variously-named limited liability corporations. Stepping into the city’s shoes, these lawyers file actions in Land Court to cut off the home owner’s right to pay the back taxes and costs and redeem the property. It takes close to two years, but the lawyers understand the process and follow it diligently. As soon as the applicable time limit expires, they acquire clear title and immediately market the property for sale.

From a municipal budgeting perspective, this arrangement works pretty well. The city gets some portion of the money due to it in a timely manner. Many of these delinquent properties are abandoned and run down, so getting them into the hands of new owners helps the neighborhood.

Still, sometimes the delinquent tax payer is an elderly individual who may have limited ability to manage his or her own finances, and might even reside in a nursing home. At some point, a family member discovers the situation and tries to intervene, but sometimes it’s too late and ownership of the property is gone.

Presumably the city will have another tax auction this summer. Perhaps before that, the council might request a comprehensive report on how the process has worked thus far: how much has the city been paid by the high bidders at the auction, how does that amount compare to the total tax arrearage, what has happened to the affected properties – are they now occupied and back on the tax rolls, or do they remain vacant? The program seems to work well, but it’s always good to verify perceptions with facts.

World renown sculptor and Tewksbury Resident Mico Kaufman passed away this week at age 92. His imprint can be seen all over downtown Lowell where a number of Kaufman’s works are on display. Here are some examples: 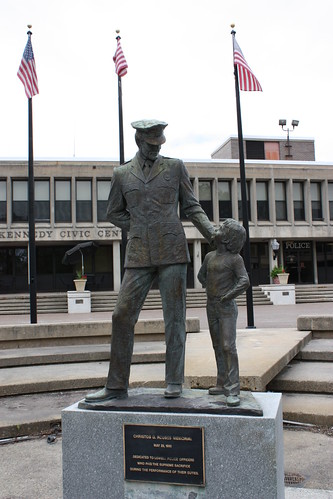 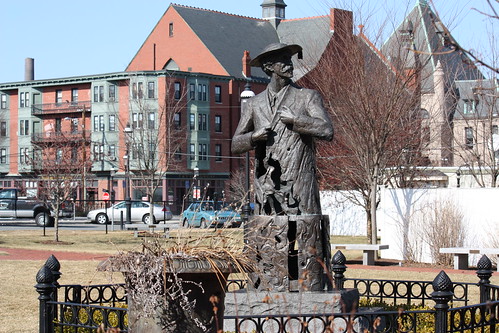 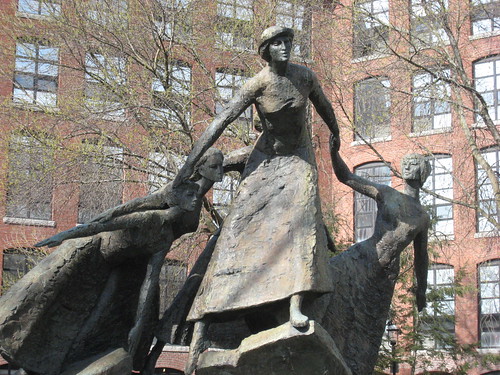 Homage to Women at Market Mills on Market St

Italia, on JFK Plaza. As a youth, Kaufman endured Nazi occupation of his native Romania, but then moved to Italy where he attended art school. He created this work in gratitude to Italy for its hospitality