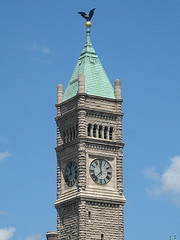 Owner of Lowell Spinners, Dave Heller, addresses the council. Says he’s delighted to be in Lowell; that’s he been entrusted to “manage your team.” He’s been very impressed with how deeply engrained in the fabric of the community the Spinners have become over the past 19 years. He’s owned six minor league teams, but he’s never received a welcome like he has in Lowell. Says “we are creating memories, and that is very important.” He tells his staff every day they are in the memory-making business. Mentions that when LeLacheur Park opened 19 years ago, it was one of the nicest parks in America. But it is the same park today. He says they are going to improve the park and the experience of those who go there. Wants the park to be a magnet that draws people from all over the Merrimack Valley.

Several votes taken by council without debate. These include increasing survivor benefit from $9000 to $12000; authorize city manager to execute a temporary construction easement on Read St; and accept $47,500 MassDEP grant.

Economic Development Subcommittee report of meeting from earlier tonight which featured a presentation on the Lowell Waterways Vitality Project. Fred Faust, Paul Marion, and others did the presentation which was mostly about efforts to illuminate certain portions of Lowell’s canals. Councilor Samaras gives the report which includes specific places that will be lit up and beautified, a 5 to 10 year timeline, a plan for fundraising. The group will have a public meeting at the UMass Lowell Innovation Hub at 110 Canal Place on October 27, 2016.

Councilor Samaras request city manager prepare a report for City Council regarding a plan on how to create a city-wide diversity council. Samaras explains that Lowell is a Gateway City with more than 50 ethnic groups. He says Lowell is a welcoming city. The police emphasize community policing. But looking at problems nationwide, they always are about communications. He asks the city manager to create a diversity council with representatives of all the groups plus the university, the college, and other entities. He envisions the group meeting twice a year to communicate to city government their needs, concerns, and wants. Councilor Elliott says this is a good idea but wonders how this group will interact with the existing Immigrant Assistance Council that was created several years ago. Passes.

Councilor Milinazzo request city council dedicate the Lincoln Street Bridge to the Durkin Family, a family made up of generations of distinguished individuals dating back to 1911 who lived in their beloved Ayers City neighborhood and who all made great contributions to our city and our country. Passes.

Councilor Leahy request city manager request DCAM provide a report regarding closure of existing courthouses once the Judicial Center opens. Leahy says this motion is meant to reiterate a motion made a few weeks ago by Councilor Belanger. Leahy suggests that the city may be interested in the District Court (for a police station, he implies) and says he just wants the city to move aggressively on this. Manager Murphy says the city will look at the District Court as something the city might be interested in.

Public portion of the meeting adjourns at 7:25 pm.