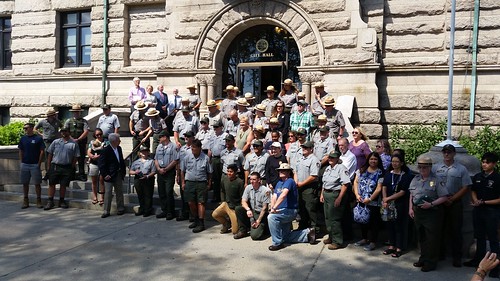 More than one hundred people gathered in front of Lowell City Hall this morning to witness the raising of the National Park Service flag as part of the centennial celebration of the service which was officially founded one hundred years ago today. Speakers included Mayor Edward Kennedy, former Mayor Armand LeMay, Congresswoman Niki Tsongas, Fred Faust (who as an aide to US Senator Paul Tsongas played an important role in the implementation of the park), and park Superintendent Celeste Bernardo. Linda Sopheap Sou, Chief of Interpretation and Education at Lowell National Historical Park, served as master of ceremonies. After the raising of the flag, everyone adjourned to the Market Mills Courtyard to be entertained by the U.S. Air Force Heritage Band – Rhythm in Blue and to enjoy an enormous birthday cake. 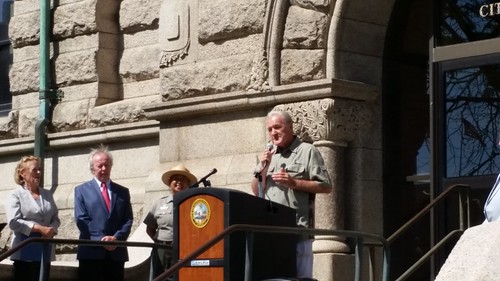 In his remarks, Fred Faust said the Lowell Park reminded him of Aaron Copland’s musical piece, “Fanfare for the Common Man” because the Lowell park is intended to celebrate the common men and women who worked in the mills and who enriched the community with the culture and customs of their countries of origin. He also recognized community leaders like Armand LeMay who, along with Pat Mogan and Paul Tsongas, helped make the Lowell park a reality. 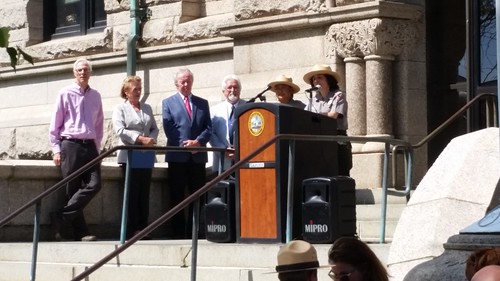 As the final speaker, Lowell Park Superintendent Celeste Bernardo spoke of the future of the Lowell Park. A big goal in the coming years is to create greater access to the rivers and canals of Lowell. She cited the coming September 1, 2016 “lighting up the canals” evening event as part of this effort and also mentioned other plans to illuminated buildings and other structures in the city. The National Park Service in Lowell also plans to extend the existing Riverwalk to the east side of Bridge Street and a new walkway, to be called the Pawtucket Falls Overlook. At the same time, the Park will continue to work cooperatively on new developments in the city, especially those within the Hamilton Canal District, to preserve the historic character of the district and increase its efforts to attract tourists from outside Greater Lowell. 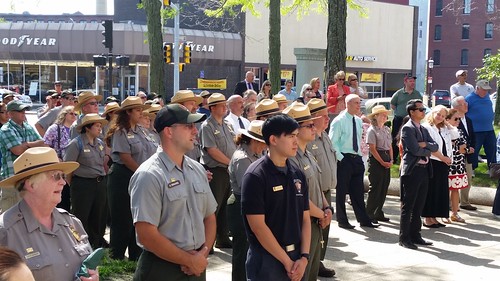 Superintendent Bernardo concluded her remarks with some inspirational words: “Lowell is a special place and Lowell has a special park.”

A special place and a special park – that sounds like a pretty good slogan, to me. 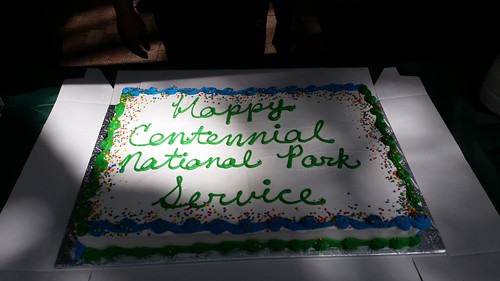 And if you want to learn more about that “special park” and how it came to be, please join us this Saturday, August 27, 2016 at 10 a.m. at the National Park Visitor Center, 246 Market Street, for a Lowell Walk led by park superintendent Bernardo on the history of Lowell National Historical Park.