Mimi Parseghian, a veteran of the Lowell blogosphere, shares the first of what we hope are many story and photos on our site. The following is from Mimi:

Every day I drive from the southwest section of Lowell to the northeast area.  This route gives a good view of city life, not only downtown but the neighborhoods also.

Last Friday, while travelling North on the Cox Bridge (Bridge Street), I noticed public art that had been affixed to the diagonal beams.  It was three signs, designed in the form of a speech balloon that we see in comics.  It was on white cardboard with back lettering, affixed to the bridge beam with double-sided tape.

As I drove by, the messages were unknown to me, except for the words Marcelleus Wallacs (sic); a character from one of my favorite films, “Pulp Fiction.” 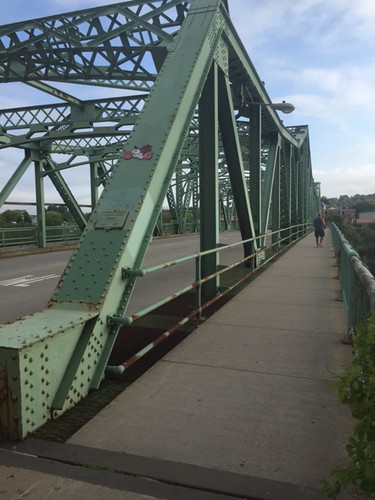 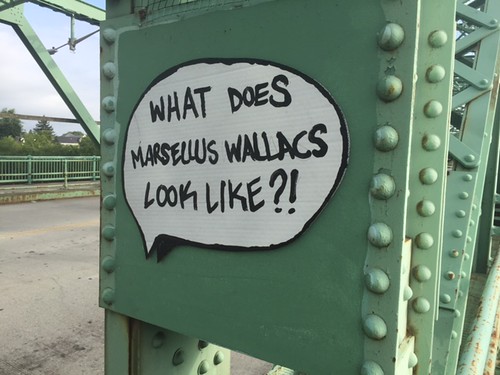 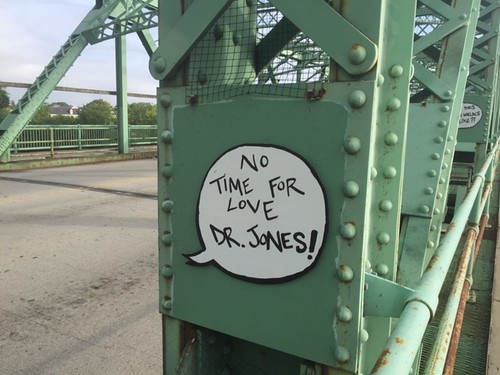 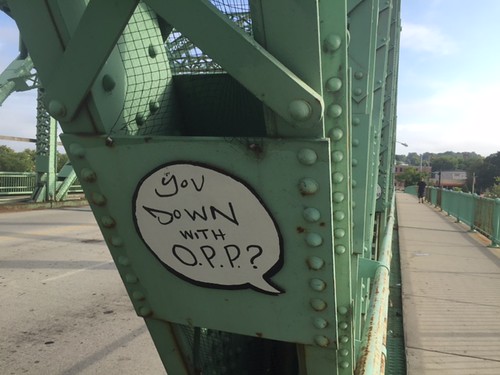 Although I do not know the artist’s reasoning in choosing these three comments, I appreciate his or her attempt to make a change in the routine of all those commuters and pedestrians who use that bridge. And yes, I Googled the other two comments.

Unfortunately, two of the signs are now missing.  I did not expect it to be permanent but I had hoped that it would have stayed a bit longer to create some discussion and perhaps imitators.

I know we have a strict ordinance against graffiti but this was not defacing any public or private property.  At worst, it was littering, but then, have you walked on that bridge lately?