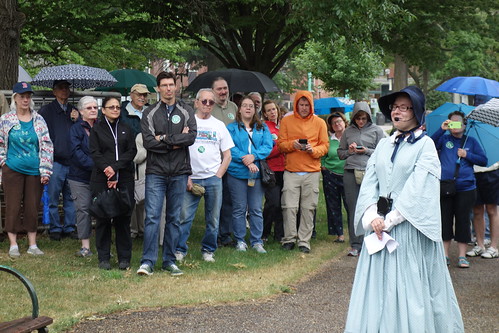 This past Saturday, Sean Thibodeau, the Coordinator of Community Planning at the Pollard Memorial Library, led a Lowell Walk on Literary Lowell. Sean told some great stories about writers who were from Lowell, visited Lowell, or wrote about Lowell. Throughout the tour, participants asked for a list of the works cited by Sean in his talk. Sean has provided me with such a list, which he calls “An inexhaustive, highlighted list of some literary persons who are from, wrote about, taught in or visited or lectured in Lowell, Massachusetts.”

While we celebrate many things about Lowell’s past – industrial ingenuity, ethnic heritages, the arts – we sometimes give only a quick glace to the writers. They deserve more attention. There are many ways that might be done, but I’ll start here by sharing some of the information from Sean’s list. It contains many names but undoubtedly more should be added. Please help by sharing names and works that should be included on the list:

Charles Dickens, American Notes for General Circulation. 1842 (includes a chapter describing his visit to Lowell in which he wrote “even the dirt looked new”).

Judith Dickerman-Nelson. Believe in Me. 2012.

Some Other Notable Literary Visitors