The Presidential Primary election is this coming Tuesday, March 1, 2016. The polls will be open from 7 a.m. until 8 p.m. and public schools in Lowell will all be closed for the day (which, since so many schools are polling places, is for student-safety rather than for any political considerations).

Those taking a Democratic ballot will have the choice of Bernie Sanders, Martin O’Malley, Hillary Clinton, or Roque “Rocky” De La Fuente for president. We will also be able to vote for Curtis LeMay for Democatic State Committee man, and for Jennifer Mieth (of Groton) for State Committee woman (these positions are based on state senate district). Also appearing on the ballot will be a slate of candidates for Democratic Ward Committee but that will be unique to each ward in the city.

Secretary of State William Galvin’s elections webpage provides much information about the election, including a tool that lets you look up how you are registered to vote and where you go to vote.

I’ve heard that the number of requests for absentee ballots, an early indicator of interest in the election, is about average, but that there have been quite a few voters who had been registered as Democrats switching to unenrolled. My guess is that people doing that would most likely be motivated to vote for Donald Trump who has a big lead according the Real Clear Politics average of recent polls in Massachusetts (Trump at 45%, Rubio at 17.5%, Kasich at 16%, Cruz at 10%, and Carson at 3.5%).

The same site has a virtual tie on the Democratic side, with Bernie Sanders leading Hillary Clinton by just 0.6%.

Besides the election in Massachusetts, both parties will also hold primaries on Tuesday in Alabama, Arkansas, Georgia, Minnesota, Oklahoma, Tennessee, Texas, Vermont and Virginia. Alaska will have a Republican caucus; American Samoa will caucus for Democrats. There are also caucuses for both parties in Colorado, but only the Democrats will elect delegates bound to a particular candidate. Republicans in that state will elect all uncommitted delegates.

At Tuesday’s meeting, the Lowell City Council addressed a couple of election issues with two motions by Rodney Elliott. The first motion called for the creation of an ad hoc subcommittee to address several recent motions related to electoral procedures that recently passed. These included a proposal to increase the number of nomination signatures needed to get on the ballot and another in increase the number of candidates needed to have a primary election. These motions had already been referred to the personnel subcommittee, but Elliott explained that the purpose of that committee wasn’t election laws and suggested that they would better be explored by a subcommittee appointed just for that purpose. There were a few questions about this, but the council voted unanimously to ask the mayor to form this special subcommittee.

The next item on the council agenda was another motion by Elliott, this one asking the council to discuss changing from at-large councilors to some form of district or ward councilors. The mayor read the motion and then there was silence. No one seconded the motion. The mayor then asked if anyone would second the motion. Silence still. Pausing for a moment, Mayor Kennedy then said “motion dies for lack of a second.”

I’ve come to believe that the city would probably be better off with some mix of district and at large representation on the city council. I’ve also said that it’s unlikely to happen because those who hold power under the present system, both electorally but especially influence-wise, are happy with the way things are and would be unlikely to support any structural change. Based on the lack of a second on Tuesday night, my prediction seems pretty accurate.

The city has been without a full-time auditor since Hannah York resigned last summer (and she only held the job for about a year). Retired Cambridge City Manager Bob Healy, a Lowell resident who has been advising the city on financial matters since Kevin Murphy became city manager, has been serving as acting auditor, but the council will interview three applicants for the position this coming Monday at 6 p.m. in the council chambers. The three applicants are John Linnehan of Lowell; Bryan Perry of North Andover; and Sheila Ruth of Georgetown. If the council likes one of the three, it could hire the auditor on Monday night. 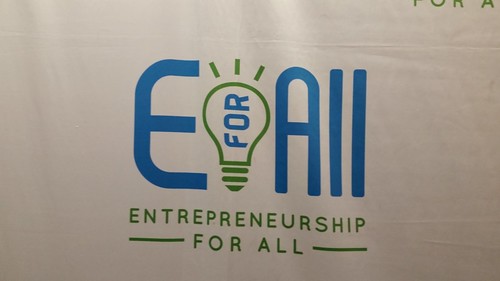 Wednesday night I went to SunnyDa Restaurant on Chelmsford Street to watch a “pitch contest” co-sponsored by E for All (Entrepreneurship for All) and by the Cambodian Mutual Assistance Association.

For those unfamiliar with the term, a “pitch contest” is an opportunity for entrepreneurs to quickly and concisely share their idea for a business, product, or service with judges in a completion in which the top finishers often are awarded cash prizes. Originally, the “pitch” was to funders in the hope of obtaining capital, but more recently the term describes competitions that won’t fund the entire venture but might provide some money along with public exposure, the opportunity for networking, and a chance to practice one’s presentation in anticipation of a future chance to pitch to a big funder. 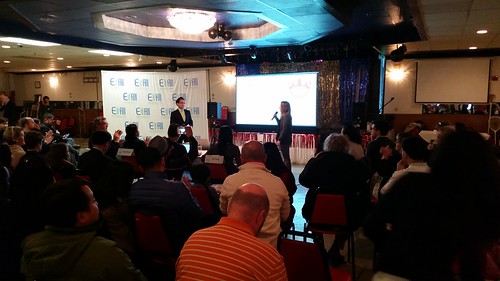 The judges in Wednesday’s competition were Kevin Murphy (Lowell City Manager), Ani Vong (owner of Humanity Boutique); P.J. Anand (Founder and CEO of Alcyone); and Sophy Theam (Learning & Development Manager Vice President at Enterprise Bank). The entrepreneurs pitching to the judges were selected from 50 applicants; here they are

Merrimack Valley Music & Arts Inc. with Letriah Masters is based in Haverhill and exposes children to music in after school programs.

Cambodian Culture After-School Program with Tararith Kho seeks to preserve and share Cambodian culture in the form of the language, music, dancing, food, and traditions with young people and parents. Students from UMass Lowell and Middlesex Community College assist.

Asperger Works Inc. with Daniel Rajczyk seeks to assist those with Aspergers, who are highly intelligent but with social skills challenges become integrated into the work force.

Veterans QRF with David Tetreault, and others seeks to simplify the process veterans use to apply for benefits by creating a web-based platform for applicants.

MyAI Software with Michael Underwood is software that parents can activate on the phones, tablets, and computers used by their children to block adult content and sexting.

Buy Time Medical Inc with Ryan Wu is a portable device/process that rapidly cools the body in the event of a life-threatening medical emergency, thereby extending the time when medical treatment can be rendered without permanent damage to organs, especially the brain.

The third entrepreneur who got a chance to pitch to the judges was randomly chosen from other entrepreneurs who had applied but were not initially chosen but who showed up to show their ideas from tables set up on the periphery of the room. The one selected was Take-In, with Charles Vanijcharoenkarn, which provides a platform for aspiring chefs to show off their dishes and sell their food to hungry consumers via the website.

In his concluding remarks, City Manager Kevin Murphy said that 85% of the American economy came from small businesses and that events like this one were very important to driving innovation, opportunity, and new ideas in the city’s economy.