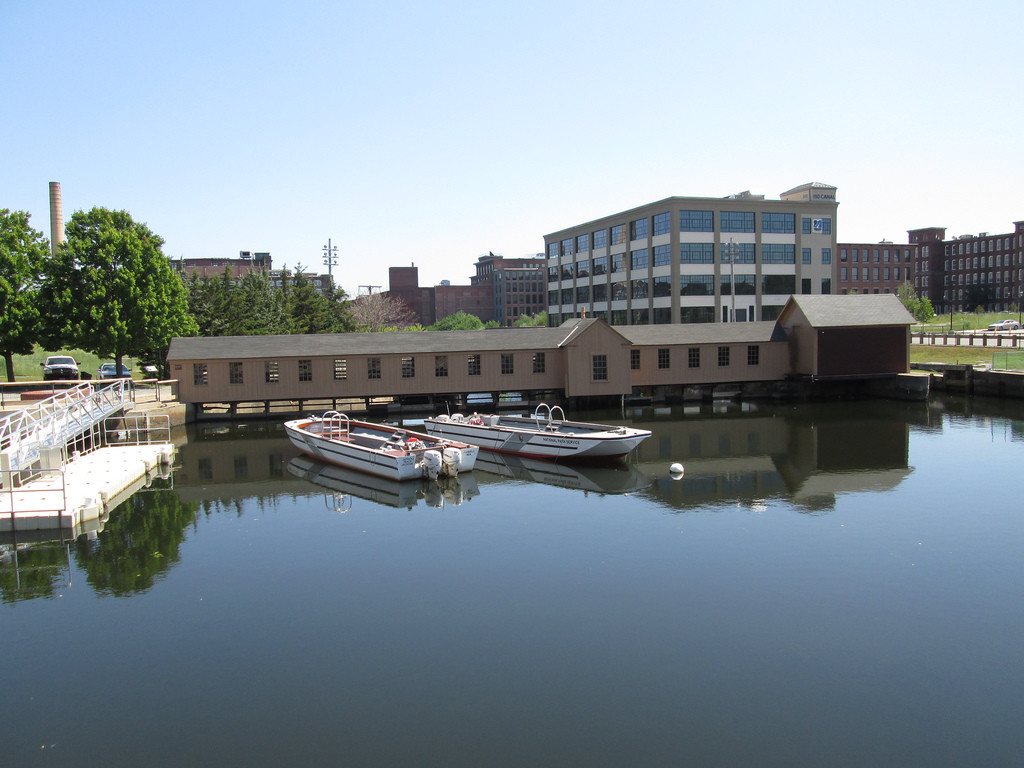 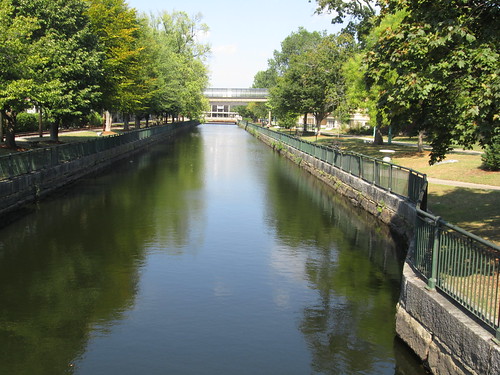 Yesterday afternoon I joined 97 others at Mill No. 5’s Luna Theater for a presentation called “Lowell: The Next Initiative.” Organized and conducted by Fred Faust and Paul Marion of the Lowell Heritage Partnership in  cooperation with the City of Lowell and with substantial support from George Duncan.

Here’s what this project is about: Lowell has 5.6 miles of canals and two rivers that flow through the city. Around the world, such water features have been central to urban revitalization. In Lowell, however, these water features have been underutilized. Coincidentally, powerful, vibrant LED lighting is more affordable than ever. This “next initiative” is a citywide effort to make great use of our rivers and canals as cultural resources that will lead more economic development. Details follow. 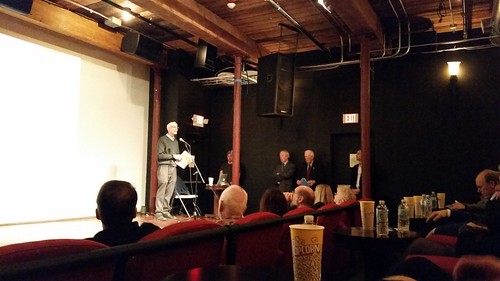 The gathering began with remarks from Mayor Ed Kennedy who recalled traveling to Washington, D.C. in the 1970s with Pat Mogan to testify in favor of a national park for Lowell. Back then, Mogan emphasized the canals as a unique aspect of the Lowell story. Kennedy said it was fitting and consistent that the city help use these canals in the best way possible and he promised to do what he can to make this project work. City support was also evident by the presence of so many city councilors. Besides Mayor Kennedy, also present were Councilors Rita Mercier, Jim Milinazzo, Rodney Elliott, Jim Leary, Corey Belanger, and Bill Samaras. 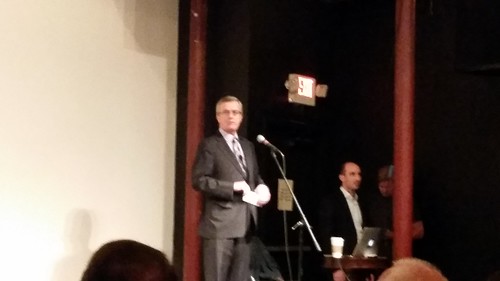 Councilor Samaras, an early backer of this project and the chair of the city council’s economic development subcommittee, spoke next. Samaras recalled his father frequently referring to Lowell as “the Venice of America” because of the city’s canals. He then explained that early in his own career, his mentor was Pat Mogan who he described as a dreamer who made dreams come true. But he said Mogan also understood that to accomplish anything, you need a community with great vitality. Samaras said that by linking historic preservation and economic development, Lowell will thrive as a community. Having had a preview of the presentation, he promised the audience that it would show them the great potential of our canals to become a place that people from around the region and the world will want to visit. 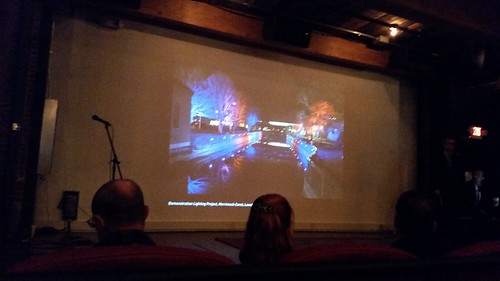 The next speaker was City Manager Kevin Murphy. He explained that when he and his wife go on vacation, they don’t go to Caribbean resorts, they go to great cities. In his experience, the common element found in great cities is their attractions and the festivities that spring up around those attractions. He sees the canals of Lowell as such an attraction and said the city can make this happen. As an example of the city government’s support for this initiative, he cited the LED lighting that was this very day being installed on the Merrimack Canal alongside Lucy Larcom Park. Mounted on the railings alongside the canal, these fixtures will project multicolored light on the canal, its embankments, and the surrounding trees and structures. Expected to be unveiled at Winterfest. Murphy said that the lighting on Lucy Larcom Park is a great start and that this Next Initiative presentation is the next step.

With that, the lights dimmed and the presentation (the work of Dan Koff, a recent graduate of the Harvard Graduate School of Design and someone I first met a decade ago through his great work in Lawrence) began. Wonderful photographs of Lowell scrolled on Luna’s big screen to the accompaniment of Paul and Fred’s narration. They explained that canals had long been a central element of the plans for Lowell’s revitalization, but that we had never realized the full potential of these waterways. In helping the audience envision the potential, scenes of brightly lit and vibrant water features from cities around the world flashed across the screen. The key to the Lowell effort, Faust and Marion both said, is to build on the great assets that already exist here such as Lowell National Historical Park’s canal boat tours, the miles of existing walkways along our canals and rivers, recurring events such as the Folk Festival and the Lowell Walks series, and many others. A pilot program will begin this spring. In conjunction with existing First Thursdays activities, special lighting demonstrations and related activities will occur on the first Thursday of April at Lower Locks, on the first Thursday of June at Lucy Larcom, and on the first Thursday of September at Swamp Locks.

So what comes next? Paul and Fred are hoping to increase community participation in this project and invite anyone interested to a follow-up meeting on Thursday, February 11, 2016 at 5:30 p.m. at the UMass Lowell Innovation Hub at 110 Canal Place which is in the middle of the Hamilton Canal District, just a block from Mill No. 5. That evening, three subcommittees – on tourism, culture, and economic development – will meet to formulate tangible next steps in the process.

4 Responses to Lowell: The Next Initiative