Years from now when someone is writing the history of Lowell in the twenty-first century, the week of May 23, 2015 will stand out.  I’m serious.  Consider the following issues that were all addressed by the City Council at Tuesday night’s meeting:

With last week’s news that Trinity Financial was out as the master developer for the Hamilton Canal District, Councilor Belanger had a motion asking Manager Murphy for a briefing on his plans for the future of that project.  While that briefing will occur at a future meeting, Murphy did state that he is preparing a request for proposals (RFP) for a new master developer which he will bring to the council “very soon.”

Changing developers at this point can only be considered a setback but given the state of relations between the City and Trinity, it’s probably for the best.  Besides, it is in keeping with the history of other major development projects in Lowell – to start with a burst of enthusiasm, encounter a major setback, and then find a way forward.

Consider in 1985 when the Hilton Hotel and adjacent Wang Worldwide Training Center opened to rave reviews.  Within six years Wang was in bankruptcy and the training center lay vacant.  The hotel, promised 50% occupancy with Wang trainees, never recovered and bounced from owner to owner until UMass Lowell came along and bought the property as its Inn & Conference Center which has been a positive presence in downtown ever since.  Then there’s the Wang Training Center itself.  In 1990 it became the hub of Middlesex Community College’s city campus.  As between a Wang training center and all that MCC contributes to Lowell, I’d say the city made out pretty well in that transaction.  The same can be said with the Tsongas Arena.  While under independent management and with an American Hockey League team tying it up through most of the winter, the facility struggled.  With the AHL gone and the arena now under UMass Lowell management, the place seems to be thriving and is poised to expand with the addition of a practice rink and possible a hotel.

Even the founding of the city was based on a failed business venture.  Shortly after the Revolutionary War, a group of investors built the Pawtucket Canal to let cargo being shipped down the Merrimack from New Hampshire by-pass the impassable Pawtucket Falls.  The canal thrived for a couple of years until a competing canal company built the Middlesex Canal which carried boat traffic from the upper Merrimack directly to the port of Boston.  All the traffic took that route and the Pawtucket Canal sustained huge financial losses and shut down.  While inoperable to boat traffic, the Pawtucket Canal was still sitting there when the entrepreneurs from Boston who were looking for a site for their textile mills visited the south bank of the Merrimack River in November 1822.  They liked what they saw and purchased most of the land between the Pawtucket Canal and the river as well as the canal itself.  Within ten years, this area went from a population of 500 to the second largest city in Massachusetts and the industrial showpiece of America.  Had it not been for that initial failure of the Pawtucket Canal, the mill owners might have gone elsewhere.

With this as our history, perhaps we should change the city’s motto from “Art is the Handmaid of Human Good” to “In Failure there is Opportunity.”  That’s exactly the case with the Hamilton Canal Development so don’t grow discouraged.  Councilor Belanger urged the manager to schedule some public meetings on the topic so watch for those and plan to attend. 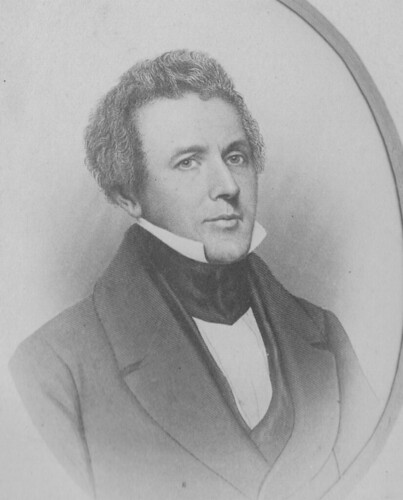 To understand why the city’s proposal to purchase eight bridges now owned by Enel is a good deal – or at least the best deal the city is likely to get – you have to understand the story of the Pawtucket Canal.  When the mill owners purchased the canal and all of the land around it, this was still East Chelmsford, a thinly populated area that had once been the Native American town of Wamesit, only becoming part of Chelmsford in 1725.  Because it was so sparsely settled, the mill owners were able to purchase all of the land at bargain prices.  When they built their first mills in 1823, large structures that churned out hundreds of thousands of yards of cloth each week, the land was still part of Chelmsford and its town governance structure that had been in place since 1654.  The farmer/selectmen of Chelmsford had their own way of doing things and catering to the recently arrived but demanding mill owners wasn’t high on their list of priorities.  By 1826, the mill owners concluded that they needed a local government that was more accommodating to their needs and so they petitioned the state legislature to grant them a town charter for a new community.  The legislature complied and the land that was first Wamesit and then East Chelmsford became the town of Lowell in 1826 (a city charter was issued ten years later).

The new community of Lowell had a town government, but it was controlled by the mill owners who also held considerable influence in the legislature.  State and local government granted rights and powers over the canals to the mill owners in perpetuity, including it appears, the exclusive right to build, maintain and control bridges over those canals.  That’s the legacy we’re left with today and that’s why the city does not act from a position of strength in negotiations with this company.  Plus, Enel still wields tremendous influence, at least at the federal level.  If you doubt that, just ask the folks who opposed the bladder dam at Pawtucket Falls.

Even if the city has to pay a premium, I think it’s a good idea to get control of these eight bridges.  Bringing them to a level that accommodates vehicles of all weight classes will not only benefit buses from the LRTA and UMass Lowell, it will benefit public safety.  There’s been a lot of talk about the risk to the citizenry of closing fire apparatus to due financial constraints, but I haven’t heard much talk about the increased response time caused by fire vehicles having to detour around bridges unable to handle the weight of the emergency apparatus.  How many minutes does that extend emergency runs?

The council unanimously approved the manager’s recommendation to extend a tax break (TIF) to the Markley Group to help consummate its intended purchase of the former Prince Spaghetti plant in South Lowell.  Markley is a big-time player in the internet infrastructure field with an existing facility in Boston.  Having Markley in Lowell could put the city on the high tech map and draw other companies that do computer things most of us cannot even comprehend to the city along with high paying jobs and perhaps some collateral technology benefits to local residents and businesses.

Grand Opening of the 1826 Store 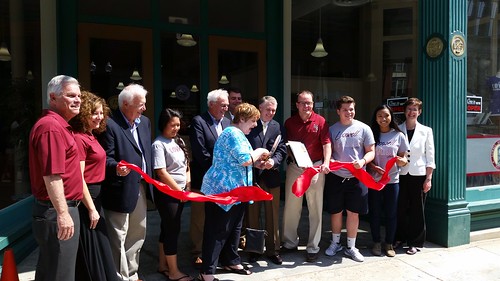 Congratulations to Lowell High on yesterday’s grand opening of the Merrimack Street branch of the school store.  Called the 1826 store after the year Lowell received its town charger (but you knew that from reading the above), the store carries Lowell High merchandise but also Lowell stuff like t-shirts, Janet Lambert Moore prints, Lowell books and many other things.  The regular days and hours of operation of the store will be announced in the near future.

The City Council is now on its summer schedule of meeting every other week.  This Tuesday, however, will be a special meeting on the proposed FY16 city budget.

The graduation ceremony for the Lowell High class of 2015 is this Wednesday night at the Tsongas Arena.

Next Saturday kicks of the first Lowell Walks tour of downtown Lowell.  Lowell Walks is a series of guided walking tours of downtown Lowell that take place every Saturday during the summer.  They are free and all begin at 10 am at the National Park Visitor Center at 246 Market Street.  The tours take about 90 minutes and involve some amount of walking.  A different tour guide will lead the group each group and each week will feature a different topic.  The full schedule is here.  Saturday’s tour is Preservation Success Stories and will be led by Fred Faust.